Total of 20 persons have been found with the mutant variant of SARS- CoV-2 virus reported from UK. These include the six persons reported earlier (3 in NIMHANS, Bengaluru, 2 in CCMB, Hyderabad and 1 in NIV, Pune). 107 samples were tested in the 10 labs as indicated in the table below. 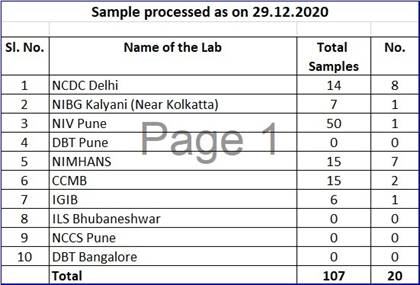 Daily recoveries have outnumbered the daily new cases since last 33 days successively. In the last 24 hours, 20,549 persons were found to be COVID positive in the country. During the same period, 26,572 new recoveries were registered ensuring drop in the Active Caseload. India’s total Active Caseload of 2,62,272 consists of just 2.56% of India’s Total Positive Cases. The new recoveries have led to a net decline of 6,309 in the Total Active cases. 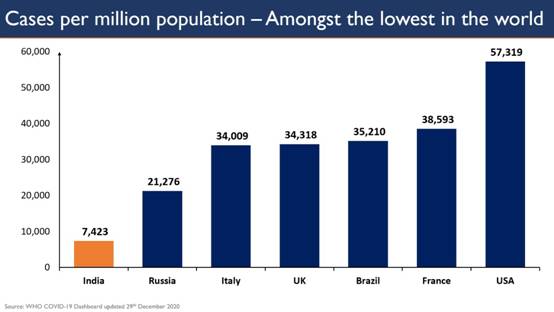 78.44% of the new recovered cases are observed to be concentrated in 10 States/UTs.

Maharashtra has reported the maximum number of single day recoveries with 5,572 newly recovered cases. 5,029 people recovered in Kerala followed by 1,607 in Chhattisgarh. 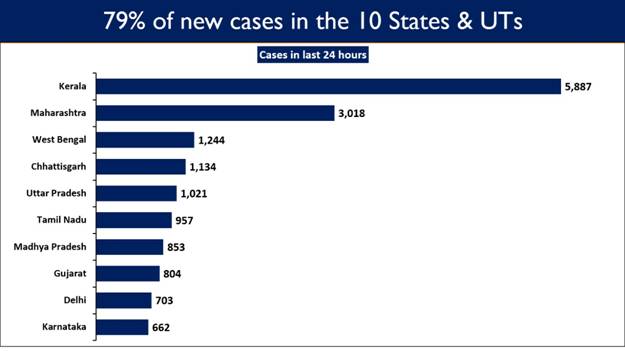 286case fatalities have been reported in the past 24 hours.

Ten States/UTs account for 79.37% of the new deaths. Maharashtra saw the maximum casualties (68). West Bengal and Delhi follow with 30 and 28 daily deaths, respectively. 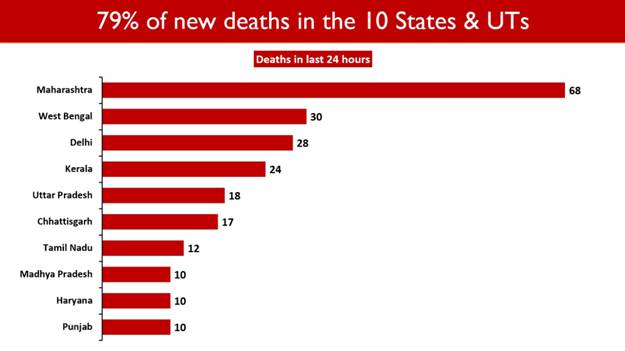 Focussed measures including aggressive and targeted testing, early identification of the positive cases, timely isolation & prompt hospitalization of the severe cases (and supervised home isolation of the mild cases) & Standard Treatment Protocol have collectively ensured that the daily fatalities are under 300. 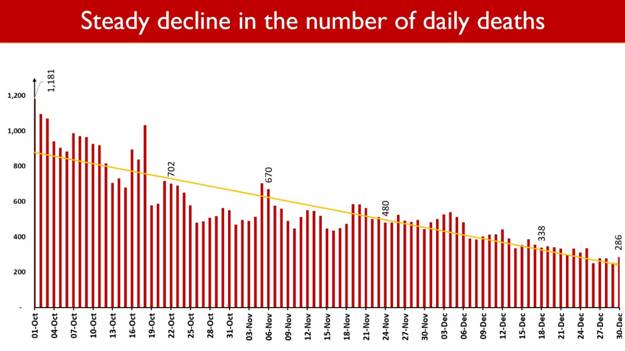 Daily deaths in India are on a sustained decline. Deaths per million population in India (107) are amongst the lowest in the world. 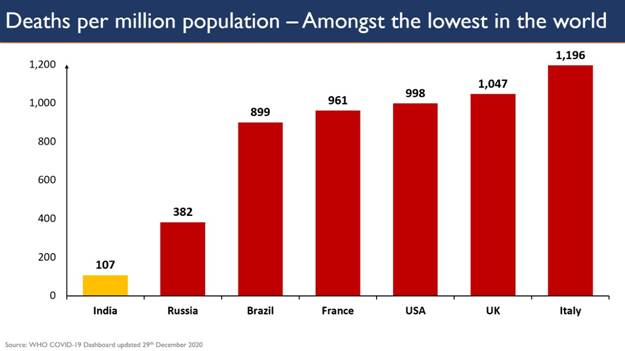