Union Minister of State for Panchayati Raj Shri Kapil Moreshwar Patil  today stressed upon the importance of the role of a ‘Sarpanch’ in the development of the village and described it as not merely a post, but a force for the holistic development of Gram Panchayats. He was speaking at the inaugural session of a three-days’ national-level workshop on “Localization of Sustainable Development Goals in Panchayats through Adopting Thematic Approaches on Themes 4 & 5: ‘Water Sufficient and Clean & Green Gram Panchayat”, in Pune today. The workshop from September 22-24, 2022 has been organized by the Ministry of Panchayati Raj in collaboration with the Department of Rural Devolvement and Panchayati Raj, Government of Maharashtra. 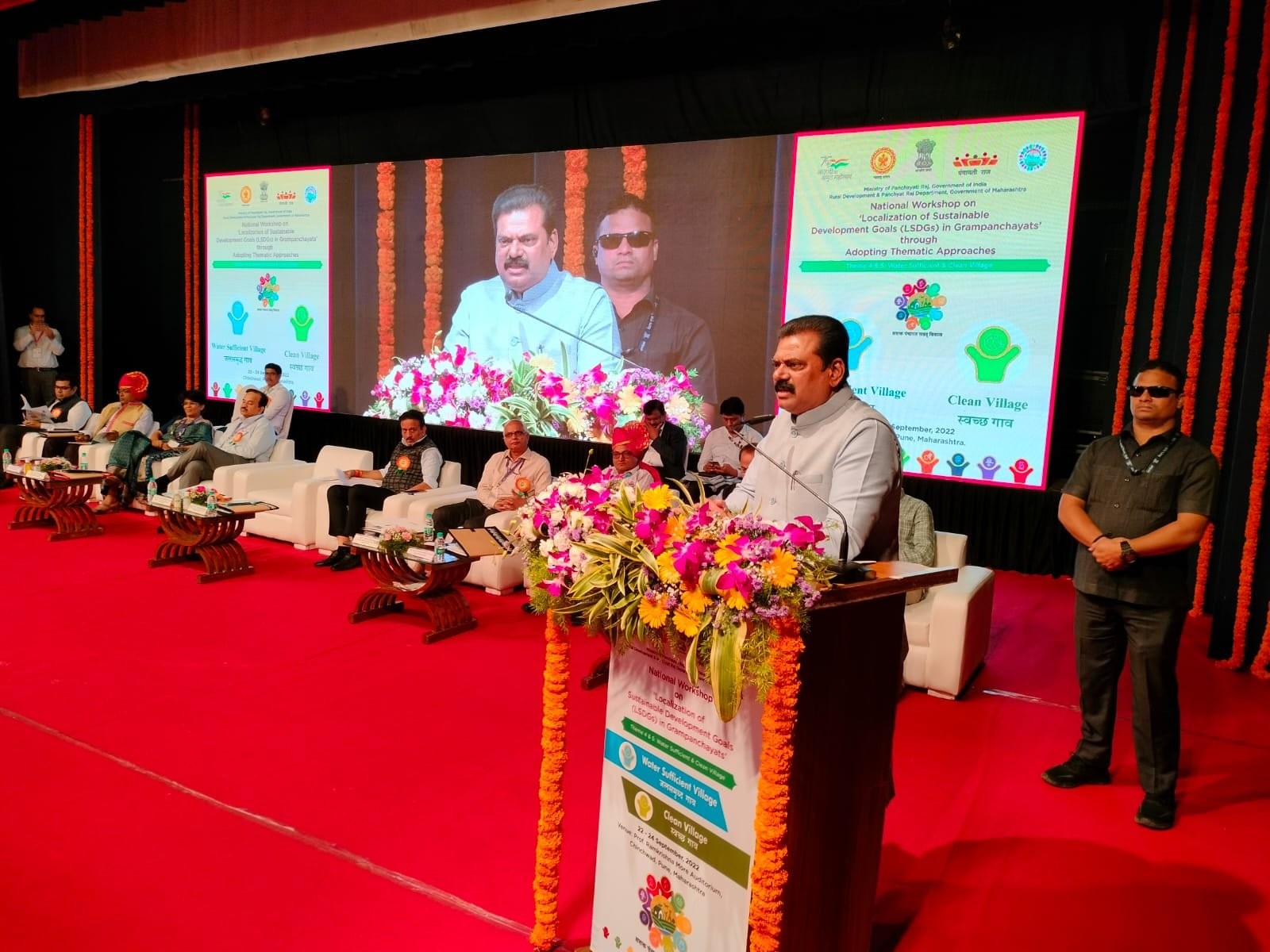 The Minister called upon the ‘Sarpanchs’ to aim high always, set goals and achieve them successfully. Shri Patil emphasised that the Central Government has decided to develop the villages like the big cities of the country and the role of the village Panchayat and Sarpanch will be very crucial in achieving it. Shri Patil pointed out that, to achieve the 17 Sustainable Development Goals (SDGs) set by the United Nations for rural development, the Central and State Governments will have to make joint efforts.

Shri Patil further said that the gram panchayats achieving maximum objectives of the SDGs will be  awarded  and the Prime Minister will interact with the Sarpanch of that village.

Government of Maharashtra’s Minister for Rural Development and Panchayati Raj Shri Girish Mahajan spoke about the roles and responsibilities of Sarpanch and fixing the leakages by direct transfer of funds to Gram Panchayats and emphasized on last mile delivery of government service in villages.

Maharashtra state e-Gram Portal was inaugurated by Shri Patil and two books on village development were released on the occasion. 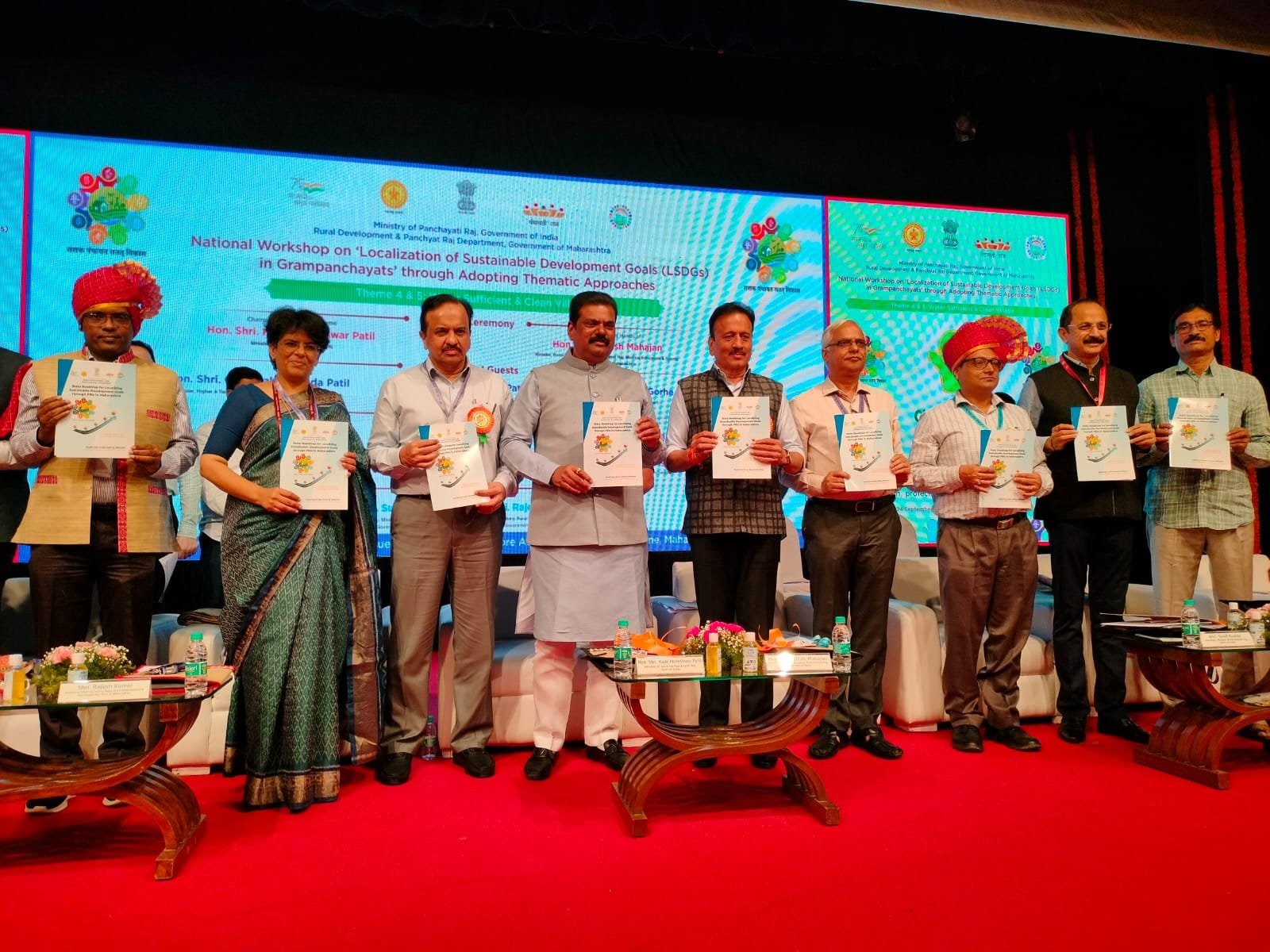 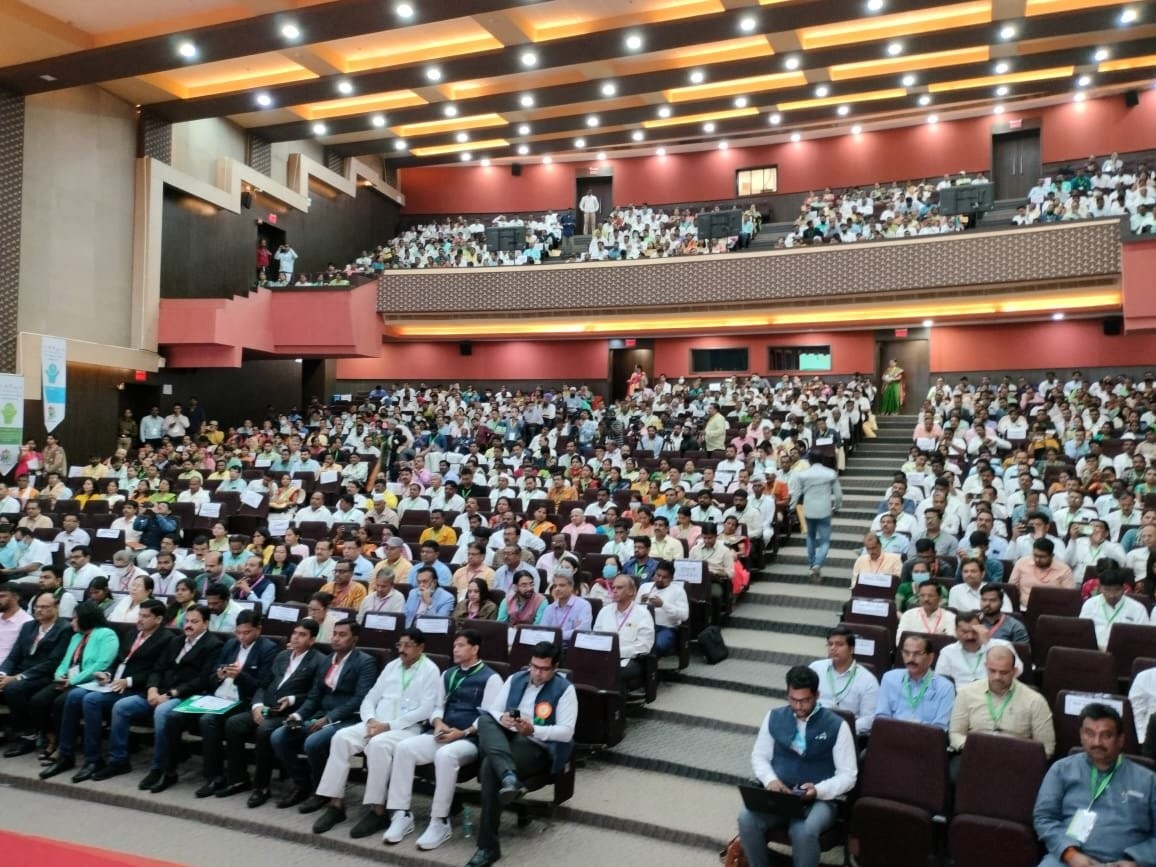 During the session, Dr. Chandra Shekhar Kumar, Additional Secretary Ministry of Panchayat Raj made a presentation and requested Gram Panchayats to participate in ongoing application process of National Pachayat Awards. Smt Vini Mahajan , Secretary Department of Drinking Water and Sanitation, Ministry of Jal Shakti , chaired a panel discussion. Video films on themes such as water management in Gram Panchayat were screened and well received by the participants.

Padmashri recipient Shri Popatrao Pawar, who is the Sarpanch of Hiware Bazar, a gram panchayat in Ahmednagar district of Maharashtra India was also present amongst the dignitaries. The Secretary, Ministry of Panchayati Raj Shri Sunil Kumar and Additional Chief Secretary, Department of Rural Development & Panchayat Raj, Government of Maharashtra Shri Rajesh Kumar were also present in today’s inaugural session of the workshop. Elected representatives and functionaries of Panchayati Raj Institutions from Maharashtra and across the country are attending the National workshop.

Click here for more information on the National Workshop