Home India and World Adoption of the New Delhi Declaration 2015

The two day Regional Conference on ‘The Use of Money in Politics and Its Effects on People’s Representation’ culminated in the New Delhi Declaration 2015 on Political Finance Regulation in South Asia.

The Conference was jointly organized by the Election Commission of India, International IDEA (an intergovernmental body wherein India is one of the founding members) & India International Institute of Democracy and Election Management (IIIDEM). 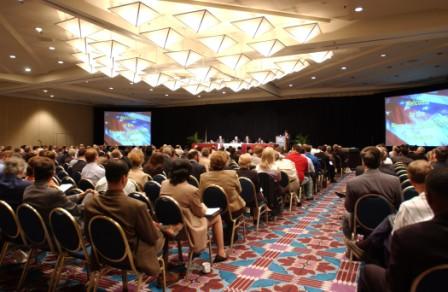 The New Delhi Declaration on Political Finance Regulation in South Asia, 2015, unanimously adopted by the house, is in response to the needs for strengthening the regulation of political finance (uneven access or use of money) across the South Asian region and elsewhere in the world which adequately ensures level playing among all political parties and ultimately serves the welfare of public rather than special interests.

It contains nine overarching principles including adoption of a holistic approach to regulation, comprehensive coverage, closing of monitoring gaps, coordinates efforts with stakeholders and agencies along with facilitating participation of women in electoral democracy.

The overarching principles look at a holistic and integrated approach to regulation of political finance by closing gaps and loopholes in the implementation of the existing procedures and regulations.

It also underscores the need to create uniformity for all political parties and candidates by creating an improved architecture for monitoring of expenditures and contributions.

The declaration also has nine regulations and implementing guidelines on maintaining reasonable levels of spending, regulation of private contributions, and provision of public funding for political parties, prevention of abuse of state resources public disclosure of political finance, the regulatory authority, compliance, and enforcement among others.

The regulation and implementation guidelines looked at limiting campaign spending of candidates, political parties and third parties. It also looked at regulating contributions including public and private along with corporate funding and anonymous donations.

Curbing the abuse of state resources and encouragement of public disclosure of political finance with incentives also forms a part of the guidelines. An organized and system readable format of reporting of financial statements along with stress on compliance via enforcement of laws for enhanced transparency is also contained in the guidelines.

These overarching principles and guidelines which are recommendation of the Declarations will be disseminated to Election Management Bodies (EMBs) in South Asian region and elsewhere for appropriate use as per local contexts in their jurisdictions.