Home National After 60 years, Satyajit Ray’s Apu is returning to the big screen:...

“If I have seen farther than others, it is because I have stood on the shoulders of giants”

In an edition where the International Film Festival of India (IFFI) pays tribute to legendary filmmaker Satyajit Ray, we have a fitting entry in the Indian Panorama Feature Film section of the festival, which builds on his rich cinematic contribution. Avijatrik, a sequel to Ray’s The Apu Trilogy, often cited as the greatest films in Indian film history. The trilogy comprises three Bengali films directed by Satyajit Ray: Pather Panchali (1955), Aparajito (1956) and The World of Apu (1959).

“After 60 years, Apu is returning to the big screen.” This is how Director Subhrajit Roy introduced Avijatrik. Roy was speaking at a press conference held in Goa today, January 22, 2021, after the screening of the film yesterday, January 21, 2021, at the ongoing 51st edition of International Film Festival of India (IFFI). 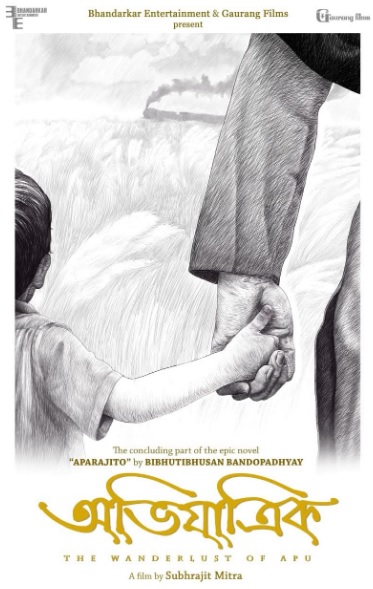 Avijatrik takes off from Apur Sansar, where the trilogy ended. The film is based on the last one-third part of Bibhutibhushan Bandopadhyay’s novel Aparajita. It is the journey of a father and his son and how the father relives his entire childhood through the eyes of his son. The story revolves around a sublime bond between a father, Apu, and his 6-year-old son Kajol who lost his mother to an unpropitious fate during his birth. Apu finally bids farewell to his village, his city, his motherland and embarks on a spirited journey with Kajol and friend Shankar. They go in search of new beginnings, to unexplored terrains in a faraway land.

“This film is all about a journey – a journey outside and a journey within”, said the Director. Reflecting on the difficulties in recreating a period piece dating 80 years back, the director threw light on how the aura of the period has been captured. “The production design team recreated the Benaras of 1940s, based on shots taken in today’s city. In a particular sequence, the Howrah Bridge was also shown to be under construction.”

Notably, the film has been made as a black-and-white film. Explaining this, the film maker informed: “This film is based in the 1940s. Whenever we think of any pre-independent era picture, our mind sees it in black and white. It’s in our mind, it’s in our psyche. Moreover, this being a sequel of Apu Trilogy, we wanted to recreate the same imagery and visuals”.

He added that he himself and cinematographer Supratim Bhol decided to use black-and-white to capture “the soul of Apu’s journey and his wanderlust”.

There are some constraints faced by a Director and his team in making a limited budget film, said Subhrajit Mitra. “Yet, if we give good content to the viewers, they will return to the theatres.”

The 51st International Film Festival of India is paying rich tributes to the legendary filmmaker Satyajit Ray. The following films are being showcased as a part of this tribute: