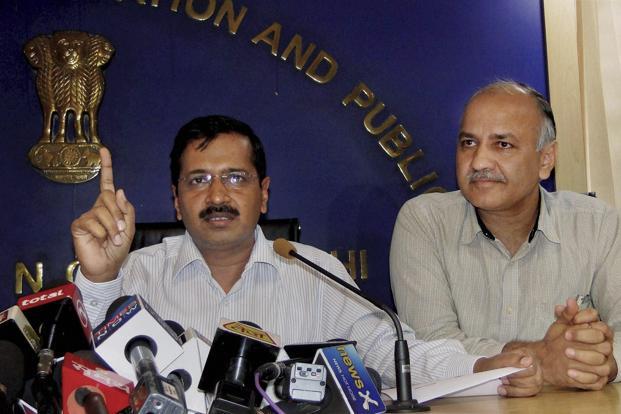 Delhi has unveiled plans to improve its toxic air. Some of the decisions are: 1) Badarpur Thermal Power Plant to be shut down 2) Allow private vehicles bearing odd & even numbers to run on every alternate day from Jan 1 to cut vehicular pollution 3) Government to move the National Green Tribunal to close the Dadri power plant which falls in Uttar Pradesh 4) Transport Department with help of Traffic Police will finalise a proposal to allow movement of trucks in Delhi from 10 or 11 PM instead of existing 9.00 PM as they slow down overall vehicular movement which was pointed out to be a major contributing factor to pollution.

A centuries-old map compiled by French explorer Samuel de Champlain stolen from the Boston Public Library (USA) has been recovered. The map compiled in 1612 and named Carte Geographique de Nouvelle, was found at a New York City arts dealer, where it was on sale for $285,000.

Canada will next year become the first country in the G7 bloc of leading economies to legalize marijuana. Prime Minister Justin Trudeau had promised the move during the recent election campaign that swept his Liberals to power.

Lindsay Vonn won the season-opening World Cup downhill for her 16th victory at Lake Louise. She finished in 1 minute, 50.5 seconds, edging Cornelia Huetter of Austria by 0.58 seconds. Another Austrian, Ramona Siebenhofer, was third.

According to WHO, 1 out of every 10 people worldwide suffer from food-borne diseases annually, and children and the poor suffer the most. Of those who lost years to ill-health, disability or early death, 40 percent were children under five years old, even though they constitute only nine percent of the world population. The World Health Organisation (WHO) created the Foodborne Disease Burden Epidemiology Reference Group in 2007 to study global variation in the impact of foodborne disease.

Tata Sons, the promoter of major operating companies of the Tata group, will acquire an additional 0.22 per cent stake in Titan Company at an estimated price of over Rs 66 crore, taking its total holding to 19.80 per cent.

People who are reported to have not feeling pain are said to be suffering from a rare genetic mutation wherein they lack gene channels known as Nav1.7 responsible for communicating pain in the nerves to be signaled to the brain. It was previously thought that the sole reason for people to not experience pain is the lack of channel itself.

Twitter has applied for trademark for the word “subtweet”, which refers to a tweet directed at another person without mentioning their Twitter name. If Twitter succeeds in its bid, the word “subtweet” would belong to the company to use in a commercial context.

NASA’s New Horizons spacecraft has returned the sharpest images ever of cratered, mountainous and glacial terrains on Pluto and the best close-ups of the mysterious system that humans may see for decades. These latest pictures are part of a sequence taken near New Horizons’ closest approach to Pluto, with resolutions of about 250-280 feet per pixel – revealing features less than half the size of a city block on Pluto’s diverse surface.

An international team of scientists has discovered the first oceanic microplate in the Indian Ocean – identifying when the initial collision between India and Eurasia occurred leading to the birth of the Himalayas. The team of Australian and US scientists believe the collision occurred 47 million years ago when India and Eurasia initially smashed into each other. Although there are at least seven microplates known in the Pacific Ocean, this is the first ancient Indian Ocean microplate to be discovered.

The United States and Russia are negotiating a new resolution at the United Nations Security Council intended to strengthen international efforts to cut off revenues that the Islamic State raises to govern territory and spread its ideology. The United States, as the rotating president of the Security Council, is pressing for the adoption of the resolution at an unusual gathering on Dec. 17, at which some of the finance ministers from the 15 members of the council are expected to attend.

14. SUPERBUG ‘PHANTOM MENACE’ ON THE RISE

A particularly dangerous superbug, dubbed the “phantom menace” by scientists, is on the rise in the United States. This superbug’s strains belong to the family of bacteria known as CRE, which are difficult to treat because they are often resistant to most antibiotics. They are often deadly, too, in some instances killing up to 50 percent of patients who become infected.

The people of Thailand are marking the 88th birthday of their King Bhumibol Adulyadej, the world’s longest-reigning monarch. King Bhumibol Adulyadej looked frail on his last appearance before the general public on Sept. 1, when he was taken on a brief tour of the Bangkok hospital where he has spent most of the last six years.

India’s indigenous position determination system being developed by ISRO will serve as a “replacement GPS” for the public with enhanced access in remote areas. It will also aid in navigation and monitoring of fleet (trucks and ships) movement. Four of the seven satellites in IRNSS constellation (IRNSS-1A, 1B, 1C, and 1D) are in orbit. Remaining three satellites (IRNSS-1E, 1F and 1G) are targeted for launch during January 2016 to March 2016.

Negotiators from 195 nations delivered a blueprint for a pact to secure humanity from the consequences of rampant emissions of climate-altering greenhouse gases. Scientists warn, our planet will become increasingly hostile for mankind as it warms, with rising sea levels that will consume islands and populated coastal areas, as well as catastrophic storms and severe droughts. However, cutting emissions requires a shift away from burning coal, oil and gas for energy, as well as from the destruction of carbon-storing rain forests — costly exercises that powerful business interests are determined to press on with.

Singapore has contributed $75,000 to assist those affected by the devastating flood in Chennai.

These current affairs will fulfill your requirement of Current Affairs for Bank PO, CAT, UPSC and other all-India-Competitive Exams.

The final phase (validation phase) of the training exercise by Indian Army’s Southern Command Ex ‘DRAD SANKALP’ in simulated contemporary battlefield environment culminated. The focus of the exercise has been on validation of operational preparedness of the formations and units to the evolving doctrine of the Indian Army to launch swift offensive in the desert terrain in a network centric environment in close coordination with long range Artillery and Air Force.

22. NCMC REVIEWS THE RESCUE AND RELIEF OPERATIONS IN TAMIL NADU

The National Crisis Management Committee (NCMC) met under the Chairmanship of Cabinet Secretary, Shri Pradeep Kumar Sinha to review the flood situation in Tamil Nadu. The Cabinet Secretary took a detailed review of the flood situation including the rescue and relief measures undertaken by Tamil Nadu government and assistance provided by central government.

The “Pahal” scheme has been acknowledged by the Guinness Book of World Records for being the largest cash transfer program (households) with 12.57 crore households receiving cash transfer as of 30th June, 2015. Government of India launched the `PAHAL’ Scheme in 54 districts of the country on 15.11.2014 and in remaining districts of the country on 1st January, 2015. LPG consumers who join the PAHAL scheme will get the LPG cylinders at market price and receive LPG subsidy (as per their entitlement) directly into their bank accounts.

Union Minister for Science and Technology Dr Harsh Vardhan has inaugurated the first edition of the India International Science Festival (IISF) at IIT Delhi. IISF 2015 is organised by the Ministries of Science and Technology and Earth Sciences in collaboration with Vijnana Bharati, with the Technology Information, Forecasting and Assessment Council (TIFAC) as the nodal agency.

Researchers, led by William Jones at the University of Rochester in US, have developed a series of reactions that results in the selective conversion of ethanol to butanol, without producing unwanted byproducts. Butanol is much better than ethanol as an alternative to gasoline. It yields more energy, is less volatile, and doesn’t cause damage to engines.

Suzlon Energy and Axis Energy Group have signed up with Andhra Pradesh for setting up of 4,000 MW of wind, solar and hybrid renewable energy projects. Under this MoU, Suzlon and Axis will set up solar, wind and hybrid plants with an estimated production capacity of 4,000 MW in Anantapur and Nellore districts over the next five years. They will also set up a 1,000 MW wind turbine generator unit.

28. BENGALURU MOST ATTRACTIVE DESTINATION FOR FDI

According to EY’s India Attractiveness Survey 2015, Bengaluru ranks as the most attractive destination for investments besides attracting the most FDI among Indian cities followed by Mumbai and Delhi-NCR region.

The last date of XAT-2016 registration has been extended till December 10. This apart, the other changes include reducing the number of questions; and increasing duration of the examination.The main question paper will now have 78 questions and the time allotted has been increased by 20 minutes i.e. candidates will have 170 minutes to answer questions.

In an effort to support rural entrepreneurs of India, the Centre said it would think of giving loans under the Micro Units Development and Refinance Agency (MUDRA) Yojana of the Prime Minister Narendra Modi. The Pradhan Mantri MUDRA Yojana (PMMY) was launched in April, under which the overall loan disbursement target has been set at around ₹1.22 lakh crore for this financial year.

United Nations Secretary-General Ban Ki-moon announced at the UN climate change conference (COP21) that a broad group of organizations will partner in 2016 to maintain momentum for multi-stakeholder climate implementation. The Secretary-General, joined by groups such as the World Bank, the Global Environment Facility and the Compact of Mayors, and individuals including Michael Bloomberg – the UN Secretary-General’s Special Envoy for Cities and Climate Change – will co-sponsor a “Climate Action 2016” summit of leaders from government, business, cities and localities, civil society and academia next 5 and 6 May in Washington, D.C.

Officials from 195 countries attending the U.N. Climate Change Conference in Paris have approved a draft text of a climate deal. The draft document, after four years of negotiations, is meant to offer nations options to deal with the consequences of rampant emissions of climate-altering greenhouse gases. Representatives of the 134 developing countries objected to some industrialized countries’ efforts to set conditions for funding. Scientists have warned that as Earth warms, the planet will be increasingly hostile to human life, with rising sea levels, devastating storms and severe droughts.

Turkey seized four Russian ships near the northern Black Sea port of Samsun in retaliation to Russian aggression on Turkish ships. The Turkish authorities seized the four Russian-flagged ships due to lack of documents, of which three left Turkey after completing necessary papers, while the rest one is still seized. Last week, Russia barred five Turkish ships from navigating to Russian Novorossisk Port.

36. NATION PAYS TRIBUTE TO AMBEDKAR ON HIS 60TH DEATH ANNIVERSARY

Nation is paying its glowing tributes to Babasaheb Bhim Rao Ambedkar on his 60th Mahaparinirvan Diwas on 6 December. President Pranab Mukherjee led the nation in paying floral tributes to Dr. Babasaheb. On this ocassion, Prime Minister Narendra Modi released a commemorative coin on the architect of Indian Constitution.

The seventh edition of the joint Army exercise ‘INDRA’ recently concluded between India and Russia not only enhances the military relations but also prepares for future contingencies. Troops from the Russian Army and the Indian Army together conducted a cordon and search operation at the Mahajan Ranges near Bikaner in Rajasthan. This is a mock setting of counter terrorists operations under a UN mandate.