India recorded their first ever bilateral series triumph on Australian soil, as they clinched the Twenty20 title by taking an 2-0 lead with 27-run victory in the second match.

Put in to bat, India relied on brilliant innings by Rohit Sharma (60) and Virat Kohli (59), along with a useful 42 by opener Shikhar Dhawan, to post a formidable 184/3. 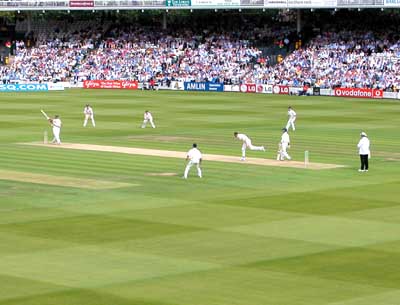 Defending the target, the Indian bowlers put up a fine collective effort to rip through Australia’s middle order and restrict the hosts to 157/8 in 20 overs.

The Indians thus took a 2-0 lead in the three-match series, which ends on Sunday in Sydney. This was India’s first ever bilateral series win Down Under. The Indians had earlier won a tri-series in 2007-08 and the Benson and Hedges World Championship in 1985.

The triumph is a remarkable turnaround for the Indians, who suffered a humiliating 1-4 debacle in the preceding ODI series.

India opened with Ashish Nehra (0-34) and Jasprit Bumrah (2-37), but instead of rotating the bowlers at the beginning like in Adelaide, the two were persisted with for the first six overs.

And they bled runs as the 50-mark came up for Australia in just 31 balls. Mahendra Singh Dhoni missed a regulation stumping of Marsh, while at the other end Finch completed his 6th T20I fifty off just 27 balls, bringing it up with a six off R Ashwin (1-27).

The bowlers continued to suffer and the only bright spark was when Hardik Pandya finally caught Marsh at long on.

It was also perhaps the turning point. The all-rounder removed Chris Lynn (2) in the next over, caught behind. Yuvraj Singh (1—7) had Glenn Maxwell (1) stumped in the 12th over.

While the 100-mark came up for Australia, Shane Watson (15) looked like staying at the wicket and giving support to Finch, who continued hitting big as he was suffering from a hamstring problem.