This has been brought about by high level of comprehensive country-wide testing. The total tests have crossed 9.5 crores today. As evidence has revealed, higher numbers of testing on a sustained basis have aided in bringing down the positivity rate. The decline in the cumulative positivity rate has demonstrated that the rate of spread of infection is being effectively contained.

Higher testing across wide regions leads to early identification of positive cases, prompt tracking through efficient surveillance and tracing, and timely & effective treatment in homes/facilities and in hospitals for the severe cases. These measures in tandem eventually lead to lower mortality rate. 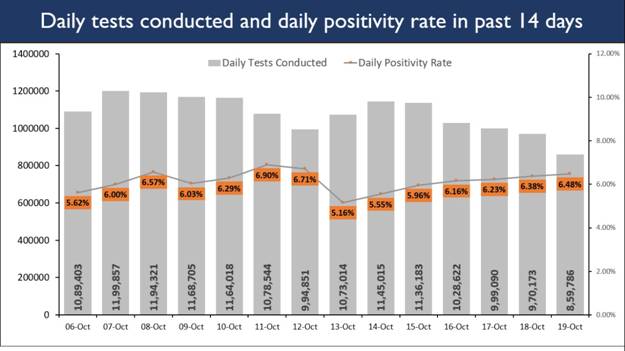 The average Daily Positivity Rate is 6.13% for the third week of October. This is a result of successful TEST, TRACK, TRACE, TREAT and TECHNOLOGY strategy of the Central government effectively followed by States/UTs. 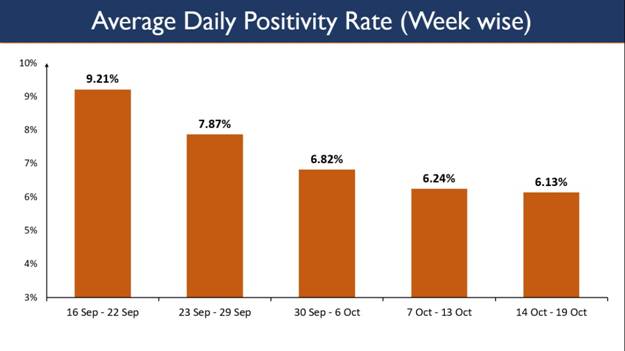 India continues to report a trend of steadily declining active cases. For the third day after the active cases dropped below the 8 lakh mark after a month and a half, the progressive decline continues.

Presently the active cases comprise merely 10.23% of the total positive cases of the country.

The total recovered cases are more than 66 Lakhs (66,63,608) thereby enhancing the difference with respect to the active cases.

66,399 patients have recovered and discharged in the last 24 hours whereas the new confirmed cases stand at 55,722. The national Recovery Rate has progressed to 88.26%.

Maharashtra alone has contributed the maximum with more than 11,000 single day recovery followed by Kerala and Karnataka with more than 8,000 recoveries each. 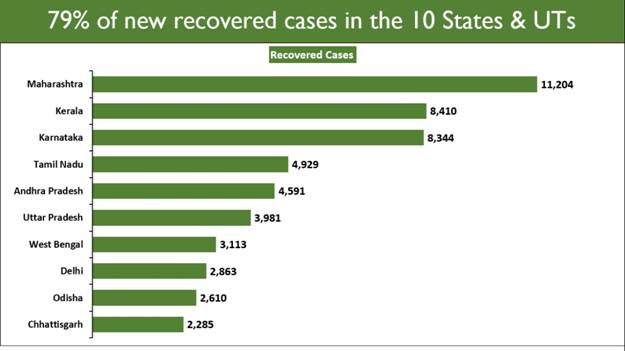 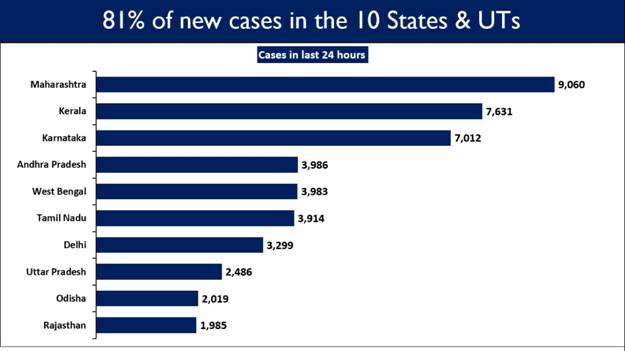 579 case fatalities have been reported in the past 24 hours. After 90 days, the daily deaths recorded are below 600.

Of these, nearly 83% are concentrated in ten State/UTs.

More than 25% of new fatalities reported are from Maharashtra (150 deaths). 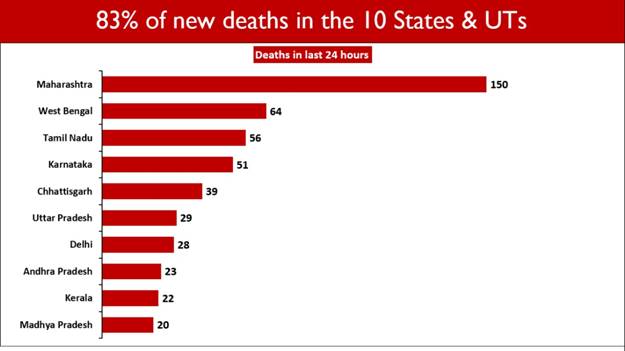