Indian Coast Guard (ICG) will celebrate its 46th Raising Day on February 01, 2022. From just seven surface platforms in 1978, the ICG has grown into a formidable force with 158 ships and 70 aircraft in its inventory and is likely to achieve targeted force levels of 200 surface platforms and 80 aircraft by 2025. As the fourth largest Coast Guard in the world, it has played a significant role in securing the Indian coasts and enforcing regulations in the maritime zones of India.

The ICG has saved over 1,200 lives at sea in the last one year and more than 11,000 since its inception. It has also rescued approximately 13,000 personnel till date during various ‘Aid to Civil Authority’ operations viz. assistance provided to civil authorities during floods, cyclones and other natural calamities; most recently during the recent floods in Maharashtra, Karnataka and Goa. Despite the restrictions imposed due to the COVID-19 pandemic, the ICG maintains round-the-clock vigil in the Exclusive Economic Zone by deploying about 50 ships and 12 aircraft daily.

One of the primary duties of the Indian Coast Guard is prevention of smuggling through maritime routes in its area of responsibility. In the last one year, it has seized drugs and contraband worth nearly Rs 4,000 crore. Around Rs 12,000 crore of drugs and contraband have been seized by the ICG since its inception.

In addition, the ICG has, till date, apprehended more than 13,000 crew and over 1,500 boats involved in illegal activities in the Exclusive Economic Zone. Forty foreign crew and seven boats were apprehended by the ICG in 2021. It is also collaborating with littoral countries to combat transnational maritime crimes and enhance maritime safety in its area of responsibility and in the Indian Ocean Region.

In line with Prime Minister Shri Narendra Modi’s vision of ‘SAGAR’ – Security and Growth for all in the Region & ‘Neighbourhood First’, the Indian Coast Guard has nurtured professional relationships across oceans and established ties with countries in the Indian Ocean Region for Ocean Peacekeeping.

The ICG has successfully averted major ecological disasters and emerged as the ‘First Responder’ in the region by undertaking major fire-fighting and pollution response operation off the Sri Lanka coast, the most recent being ‘Sagar Aaraksha-II’ onboard Chemical carrier MV X-Press Pearl.

The Indian Coast Guard also conducted National Maritime Search & Rescue Board meeting to harmonise the maritime and civil aviation search & rescue (SAR) mechanism. It is also working in close coordination with Central and State agencies to put in place a robust coastal security mechanism. The ICG’s reach was demonstrated during the flag hoisting on 100 inhabited & uninhabited far flung islands as part of Azadi Ka Amrit Mahotsav celebration on August 15, 2021.

The ICG has been a pioneer in inducting indigenous assets which has enabled it to remain operationally active and responsive throughout the year. Despite the COVID-19 pandemic, it has added five new generation ships and eight Advanced Light Helicopters to its fleet in last one year, which are fine examples of ‘Aatmanirbhar Bharat’ and ‘Make in India’ envisioned by the Prime Minister.

The President, Vice President, Prime Minister and Raksha Mantri congratulated the Indian Coast Guard for its yeoman service to the nation, appreciating the remarkable role played by the service in securing the nation’s interests in the maritime zones. 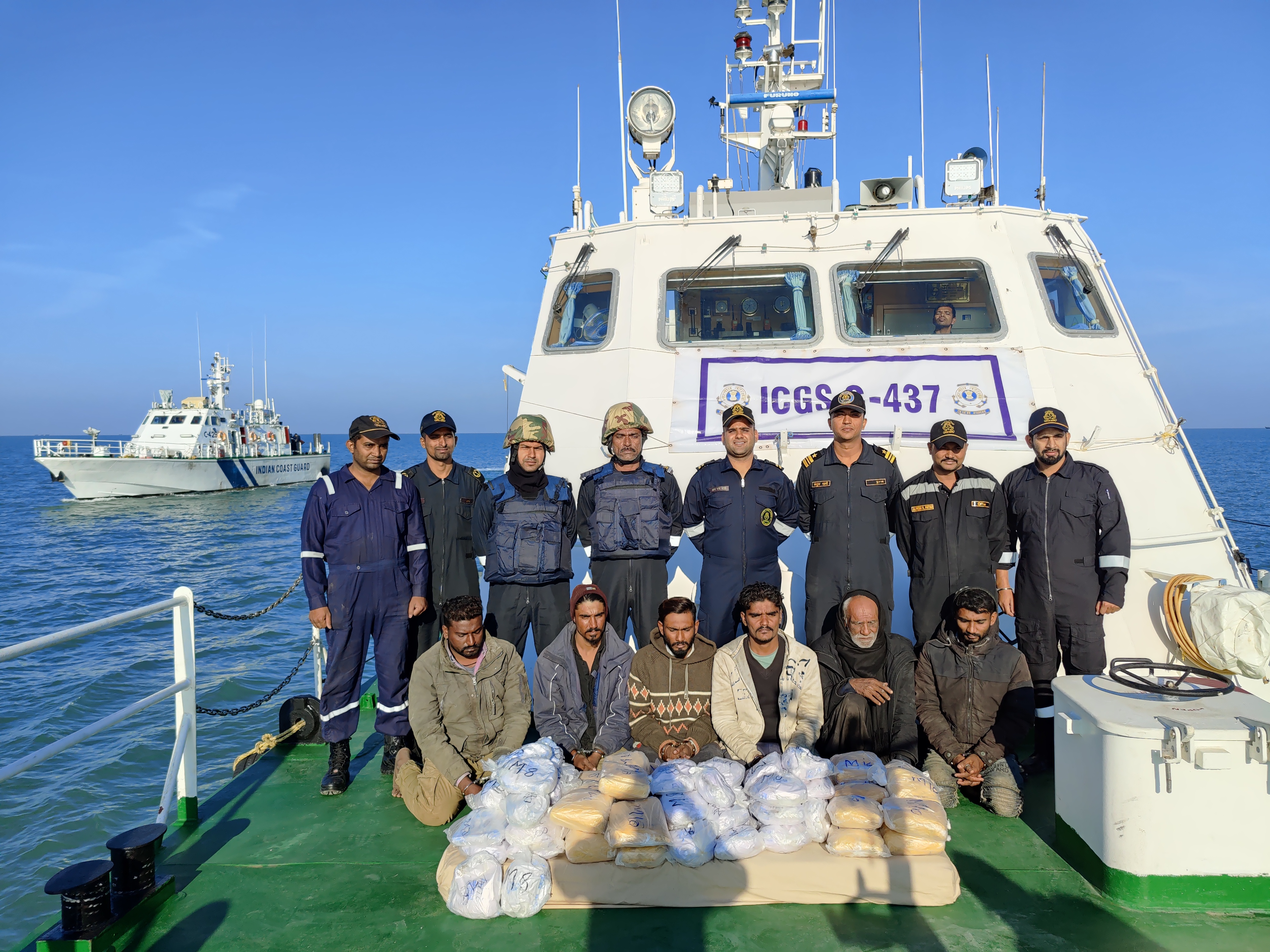