Shri Amai Mahalinga Naik (Age 77), an innovative farmer from Adyanadka village of coastal Dakshina Kannada District of Karnataka has been conferred with coveted Padma Shri 2022 by the Government of India for transforming an arid sloping hill into a fertile farm through innovative zero-energy micro-irrigation system. A team constituted by the Director, ICAR-CCARI, Goa comprising two Scientists, visited the farmer and documented his technologies through good quality photographs and prepared the application for the nomination of Padma awards 2022. 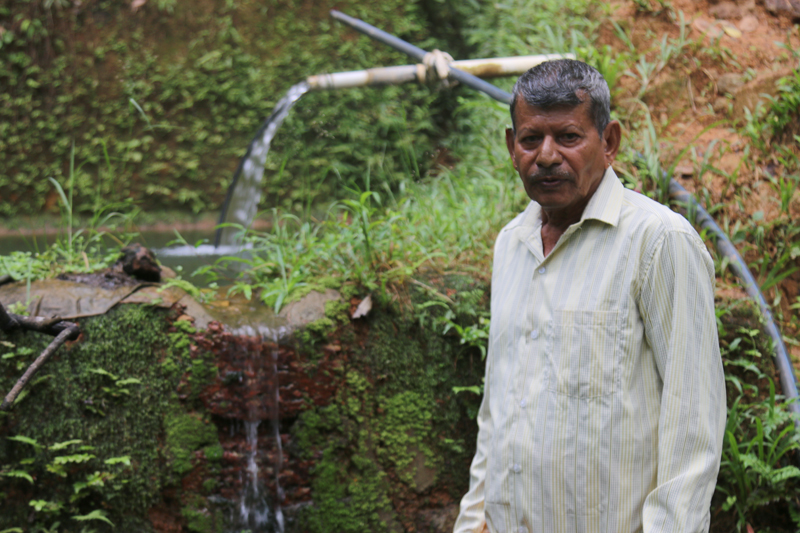 Shri Amai Mahalinga Naik single-handedly dug six tunnels (Surangas) of 315 ft length to bring water to his farm. He also constructed 300 percolation trenches alone in the hills surrounding the farm with around 5000 large laterite stones he carried himself to his farm. He also built two revetments (15-ft long, 30-ft wide and 5-ft high) and a tank of 12,000-litre capacity to fill up revetments. He turned a deserted and barren plot of land into a lush oasis comprising 300 arecanut palms, 75 coconut trees, 150 cashew trees, 200 banana saplings and pepper vines. In addition to this, he also keeps bees and produces Azolla for his cows as a dietary supplement. For all his efforts though-out his life which he accomplished on his own, he earned the moniker “One-man army” and “Tunnel man”. Naik’s farm has become a must-see model-farmland and has over 1000 visitors a year including foreign tourists. Once the news of Padma Shri reached him, he profusely expressed his gratitude to ICAR-CCARI, Goa and Govt. of India for recognizing his hard work and innovation. 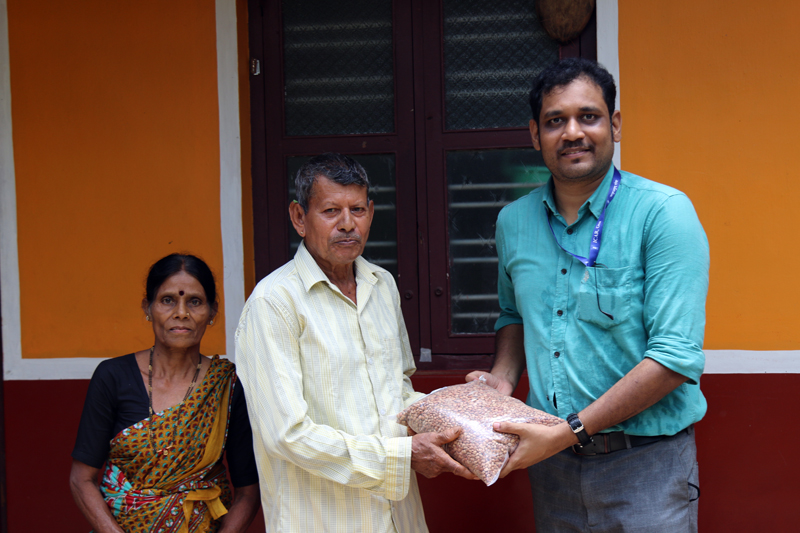