Union Labour & Employment Minister Shri Bhupender Yadav distributed e-Shram Cards to unorganized workers in Mumbai today. The Minister handed over the cards in person to 10 workers, who would now be able to avail the benefits of government schemes, wherever they are in the country. The Union Minister also presented approval letters for ESI COVID-19 Relief Scheme to dependents of 11 workers who lost their lives to COVID-19. Speaking on the occasion, Shri Yadav explained that the Labour Ministry is entrusted with the responsibility of addressing the problems faced by workers in the unorganized sector as well as implementing government schemes intended for their welfare. At the same time, the Ministry is also engaged in ensuring fair working conditions for the workers, by shaping the evolution of labour laws at the international level.

Speaking about the evolution of labour laws in the country, the Minister said that multiplicity of laws has led to a situation where the workers are not aware where exactly applications for matters such as uniform wages, payment of wages and industrial disputes are to be submitted. “Multiple labour laws have different safety standards for workers in different sectors. Considering the demands of the workers for many years, Govt. of India transformed the multiple labour laws into four Labour Codes.”

The Minister informed that the government brought in gender justice into the Labour Code, with the provision of similar wages for similar work for both man and woman.

Shri Yadav added that three Acts of Industrial Disputes Act. Trade Unions Act and Industrial Employment (Standing Orders) Act have now been replaced by Industrial Relations Code, 2020. Occupational Safety Code has been brought in for safety of workers, he added. “Besides this, workers need social protection, this is the responsibility of government and society. Hence, we brought in a Social Security Code, in line with the Prime Minister’s vision.” 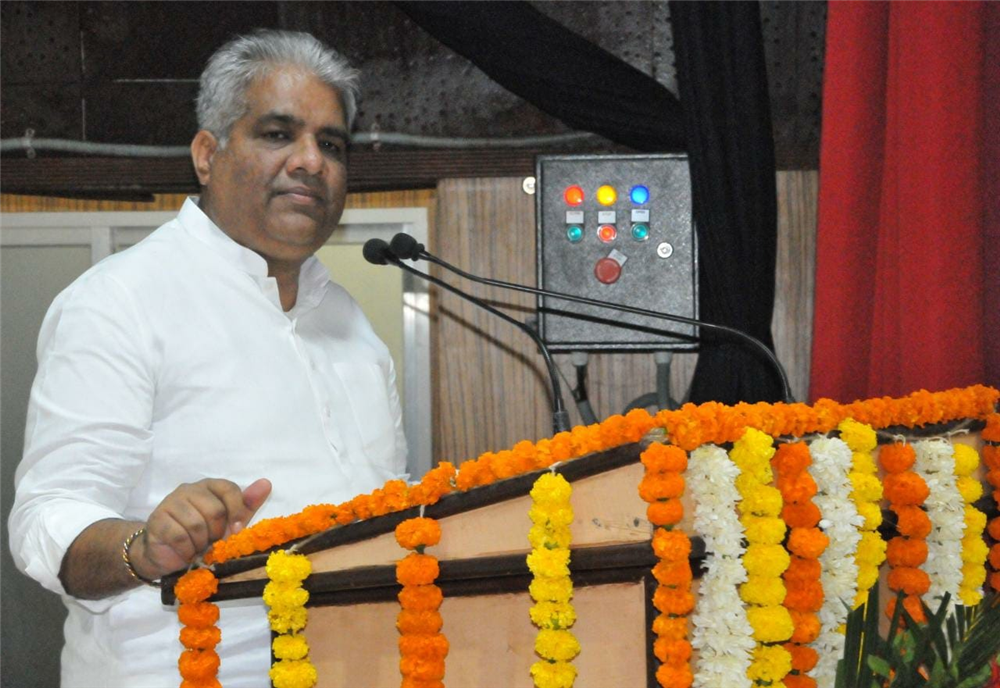 The Union Minister informed that ESIC COVID-19 Relief Scheme is one of the most significant steps taken to provide social security for workers in the unorganized sector. Under this scheme, periodic payment @ 90% of average wages of deceased insured worker is paid to the eligible dependents of the insured worker who died due to COVID-19.

The Social Security Code has been implemented in ESIC institutions in more than 500 districts of the country, the Minister said, stating that pan India implementation of the Code will bring huge benefits to the sector. “The Code has been linked with Ayushman Yojana and automatic referral system too has been introduced in ESIC hospitals. I am regularly monitoring the implementation of these schemes, so that we are able to take care of the welfare of our workers.”

Speaking on the e-Shram portal, the Minister expressed the desire that every worker in unorganized sector should get registered on the portal. “Registration is necessary, so that we know how many workers are there in each trade. More than 400 trades have already been represented on the portal. We want everyone to register so that every worker including those who perform very small work is able to avail the benefits of government schemes. Moreover, those who register on the portal now are eligible to get insurance up to Rs. 2 lakh.”

Shri Yadav informed that the portal envisages that data is collected and available on even the very last person on the street. “Government has asked the Labour Department to conduct surveys on migrant labourers and another one on domestic workers. A new and third quarterly institution-based survey is slated to be out soon, which will give us a picture of workforce trends in major sectors of the nation. This will thus enable us to evolve our labour policy accordingly, based on sound data.”

The Commissioner said that the portal has given unorganized workers a distinct identity and recognition. “Earlier, we did not have any means to provide benefits to unorganized workers during the COVID-19 pandemic, since we did not have data on them. But now, the e-Shram Card will serve as a single card to avail government benefits across the country, it will be One Nation One Card.”

Shri Negi said that state governments, local self-governments, PSUs, app-based services employing gig workers, employers of unorganized sector will also have a big role in making the portal a success. The Commissioner said that, in line with the Prime Minister’s governance philosophy of Sabka Saath, Sabka Vishwas, Sabka Prayaas, trust of the workers and the efforts of all stakeholders are required in order to take the mission forward. 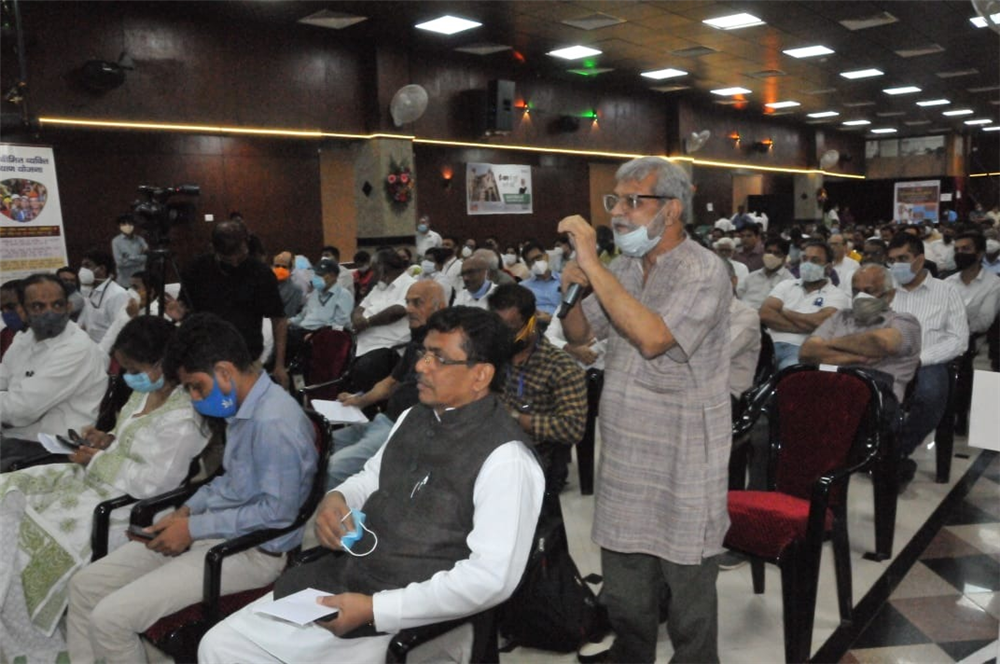 The e-Shram portal (https://eshram.gov.in/) was inaugurated on 26th August 2021 by the Union Labour Minister, in presence of Minister of State (Labour and Employment) Shri Rameswar Teli.  The portal is the first-ever national database of unorganised workers including migrant workers, construction workers, gig and platform workers. It facilitates extending benefits of social sector schemes to the workers in the unorganized sector.

The portal is seeded with Aadhaar and will have details of name, occupation, address, educational qualification, skill types and family details etc. of the registered workers. This will thus enable optimum realization of their employability and enable them to avail benefits of government schemes.

Any worker who is working in unorganized sector and aged between 16-59, is eligible to register on the e-Shram portal. Migrant workers, gig workers, platform workers, agricultural workers, MGNREGA workers, fishermen, milkmen, ASHA workers, Anganwadi workers, street vendors, domestic workers, rickshaw pullers and other workers engaged in similar other occupations in the unorganised sector are all eligible.

In addition to existing cash benefits under ESI Act, COVID-19 Relief Scheme has been launched. Under this scheme, periodic payment @ 90% of average wages of deceased insured worker is paid to the eligible dependents of the insured worker who died due to COVID-19.

Till date, the periodic payment @ 90% of average wages was payable only against the death of Insured Worker caused by Employment Injury, but now the death caused by COVID-19 has also been included for payment of relief to eligible dependents.

Further, if the Insured Worker gets infected with COVID-19 and hence is unable to work, sickness benefit @ 70% of average daily wages for 91 days for the period of abstention from work can be claimed.

More details on the scheme can be found here.

‘Atal Bimit Vyakti Kalyan Yojana’ (ABVKY) is a scheme launched by ESI Corporation. Under this, if the Insured Person (IP) loses his/her job, he/she is given a relief amounting to 25% of the average per day earning during the previous four contribution periods (total earning during the four contribution periods/730). The relief will be paid up to a maximum of 90 days of unemployment, as a once-in-lifetime measure. The Relief under ABVKY shall be paid/ payable by Branch Office to IPs directly in their bank account only, upon submission of the claim.

More details on the scheme can be found here.