National Commission for Women (NCW) organized a seminar,here today, on ‘Racial Diversity Sensitization’ in collaboration with Bureau of Police Research & Development, National Commission for Minorities and Special Police Unit for North-Eastern Region (SPUNER) of Delhi Police to spread awareness towards different cultures in India and to recommend strategies for strengthening mutual understanding among diverse customs. 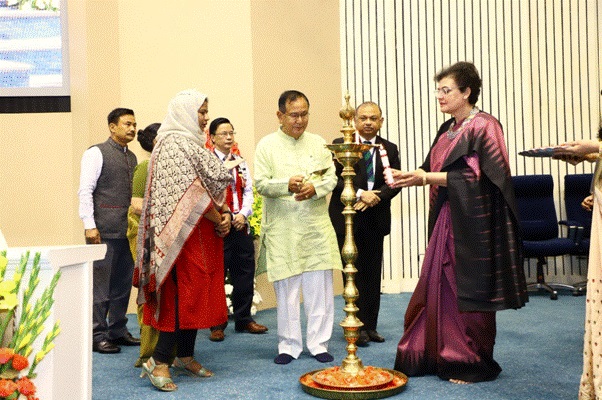 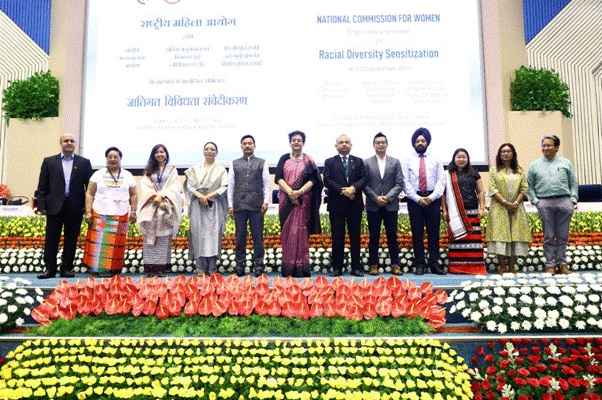 MoS External Affairs and Education Shri Rajkumar Ranjan Singh  attended the program as Chief Guest and said that today’s seminar aims at promoting the spirit of national integration and unity and such sensitization events will definitely contribute towards bringing empathy in our action towards each other.

Chairperson Ms Rekha Sharma stressed upon the moto of ‘Ek Bharat, Shreshtha Bharat’ and said that the need of the hour is to disseminate information and exchange of culture and sensitization. Mutual understanding and trust are the foundations of India’s strength and all citizens should feel culturally integrated in all the corners of India, said Ms Sharma. She also stressed on the importance of sensitization of police and shared information on the programs being run by the Commission for sensitizing police personnel. 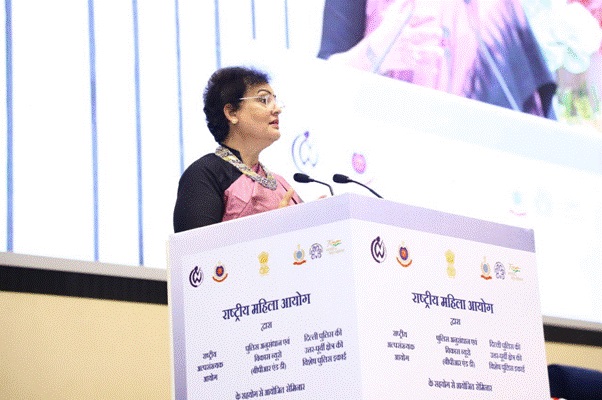 The seminar was aimed at celebrating unity in diversity of our nation and to maintain and strengthen the fabric of traditionally existing emotional bonds between the people of our country. The deliberation touched upon topics such as sensitizing the frontline workers towards the diverse races and cultures and spreading awareness among the representatives from various minority communities residing in Delhi on dealing with issues arising from racial conflicts.

Following are some excerpts from the address of our panelists:

Sports is a medium where you are not discriminated based on your background. Sportspersons have played an important role in bringing more representation for northeast.

This is a country that talks about unity in diversity and not all nations do. Media needs to play a more important role in integration. All kinds of media including films, digital and electronic media can play an important role in bringing people together.

Delhi Police has taken several initiatives to address the problems faced by people of Northeast. I have witnessed in the past 5 years of my service that racial comments against the people of Northeast have reduced and people have become more aware.

The Modi government has been working for the development of Ladakh and we thank the government for opening medical colleges and universities in the region and for the ongoing development in Ladakh.

Women from northeast are considered an easy prey. Racial approach towards people from northeast stems from ignorance. Many racial incidents have happened which are quite unfortunate although things are very much improved now.

Race is a social construct just the way gender is a social construct. This is an important forum for people from different departments and organizations to come together and education is one of the foremost areas through which we can address the problem. If our education system and curriculum reflects the diversity that is India and instills the sensitization required from an early age, it would play a very important role.

Nature has made us all unique and though we have different colours and we speak different languages, we are all incredible, unique and special.