A new organ has been discovered hiding in plain sight inside the human body. Known as the mesentery, it was previously thought to be just a few fragmented structures in the digestive system. But scientists have realised it is in fact one, continuous organ.

Irish scientists have recently identified a new human organ that has existed in the digestive system for hundreds of years. 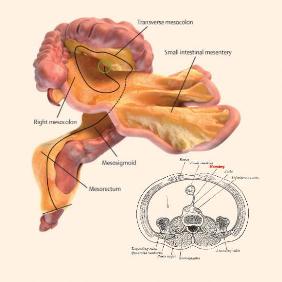 Mesentery, connects the intestine to the abdomen and had for hundreds of years been considered a fragmented structure made up of multiple separate parts.

Mesentery is a fold of the peritoneum which attaches the stomach, small intestine, pancreas, spleen, and other organs to the posterior wall of the abdomen.

During the research, the researchers found that the mesentery, which connects the gut to the body, was one continuous organ.

The organ is a double fold of peritoneum – the lining of the abdominal cavity – that holds our intestine to the wall of our abdomen.

It was described by the Italian polymath Leanardo da Vinci in 1508, but it has been ignored throughout the centuries, until now.