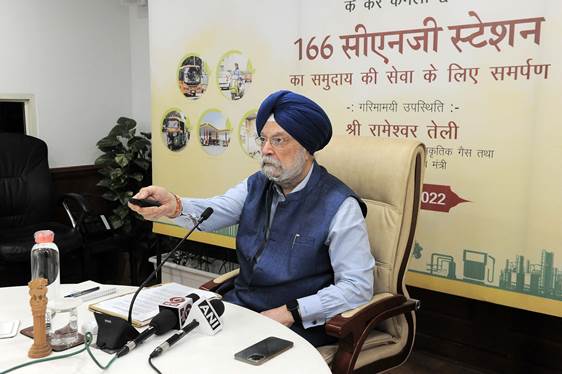 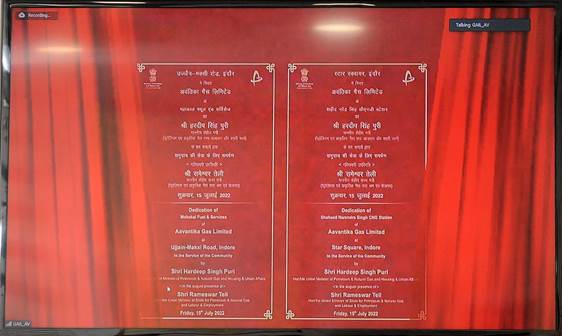 The stations were dedicated via video link by Shri Puri at a function here in the presence of Minister of State for Petroleum and Natural Gas & Labour and Employment Shri Rameswar Teli, Secretary, Ministry of Petroleum & Natural Gas Shri Pankaj Jain and senior officials of the Ministry and Oil and Gas companies.

Sh. Puri congratulated GAIL and all the participating CGD entities for the expansion of CNG station network. He stated that these CNG stations commissioned at the cost of Rs 400 Crorewill further strengthen the gas-based infrastructure and availability of cleaner fuel in the country. He further stated that as compared to 2014 when there were about 900 CNG stations, currently the number of CNG stations have crossed 4500, and will be ramped up to 8000 in the next two years. The number of PNG connections have also now crossed 95 lakhs as compared to about 24 lakhsin the year 2014. Sh. Puri emphasized that rollout of CNG on such a scale is expected to incentivise market for CNG vehicles and will have exponential impact in terms of manufacturing, skill development and employment generation. These CNG stations will provide direct employment to about 1000 persons. 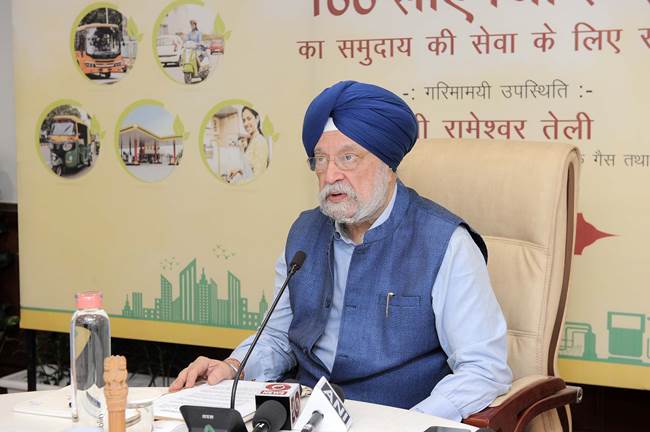 Minister of State for Petroleum and Natural Gas & Labour and Employment Shri Rameswar Teli also congratulated the team and stated that the Government is taking a series of measures to encourage greater use of environment- friendly fuel across the Country.

Sh. Puri also visited exhibition on Promotion of CNG and LNG based Clean Mobility Technology Vehicles organized by SIAM. During the interaction, he emphasized on the need to reduce vehicular emission through adoption of cleaner fuel and technology in automotive sector. He stressed on the need for enhanced coverage of CNG and LNG vehicles and requested the automotive companies to ensure availability of CNG/LNG vehicles on pan India basis. 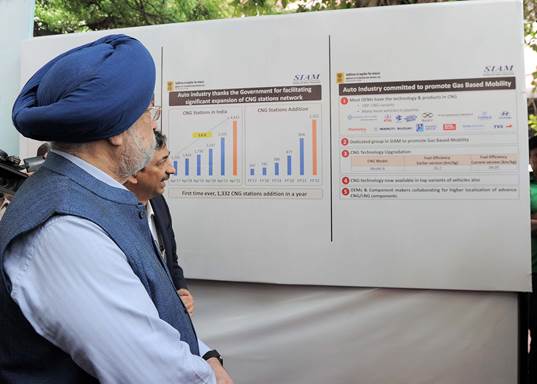 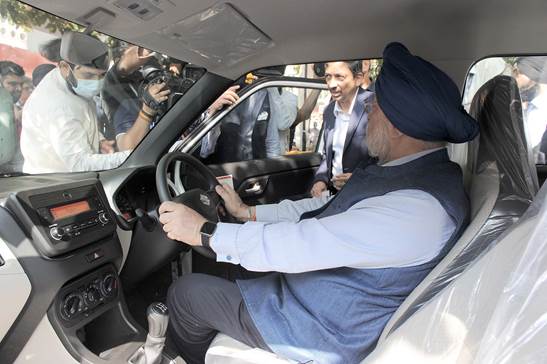 After the completion of ongoing CGD development in GAs awarded under the 11th& 11th A CGD bidding round of Petroleum and Natural Gas Regulatory Board, 98% of India’s population and 88% of its geographical area will have access to Natural Gas.

Today’s dedication ceremony is an important step in expanding availability of environment friendly and convenient fuel Natural Gas to the transport sector, households and Industry in the country. Natural Gas in also safer and economical as compared to most conventional fuels.