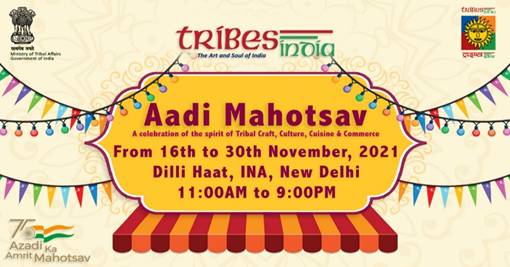 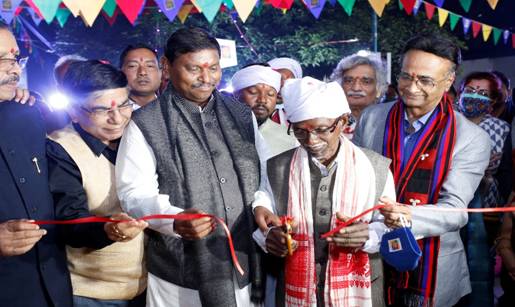 Shri Arjun Munda, while presiding over the function, said, “I am very proud and pleased that the Aadi Mahotsav has been established as a platform for tribal products and also a showcase for tribal culture. The Aadi Mahotsav, organised by TRIFED and the Ministry of Tribal Affairs not only provides an opportunity to expand tribal commerce but also ensures that tribal craft, cuisine and other traditions are maintained. The success of this venture and the subsequent expansion has filled tribals with a new zeal and a great sense of confidence; as they look forward for this annual event. I would like to request all Delhiites to visit this 15-day National Tribal festival and come and partake a slice of the rich and indigenous tribal culture through its cuisine, crafts, arts, and other products.” Speaking on the occasion, Shri Sukhram Munda said, “I am very happy to inaugurate this festival, which is a part of the Azaadi ka Amrit Mahotsav and the Janjatiya Gaurav Diwas as a tribute to my grandfather, the great freedom fighter, Birsa Munda who bravely fought against the tyranny of the colonial rule and set the foundation for the importance of Jal (water), Jangal (forests) and Jameen (land) among the tribal fraternity.” It also gives me great joy that the government is moving ahead with its vision to focus on empowering the tribals of our country and also reviving the memory of unsung tribal heroes.”

The Aadi Mahotsav – A Celebration of the Spirit of Tribal Culture, Crafts, Cuisine and Commerce – is a successful annual initiative that was commenced in 2017. The festival is an attempt to familiarise the people with the rich and diverse craft, culture of the tribal communities across the country, in one place.

While the Aadi Mahotsav was not held due to the unprecedented circumstances because of the pandemic, TRIFED resumed the tradition with a successful edition in February. The National Tribal Festival at Dilli Haat held in February 2021 comprised display and sale of tribal art and craft, medicine & healers, cuisine and folk performances, in which around 1000 tribal artisans, artists and chefs from more than 20 States of the country shall participate and provide a glimpse of their rich traditional culture. 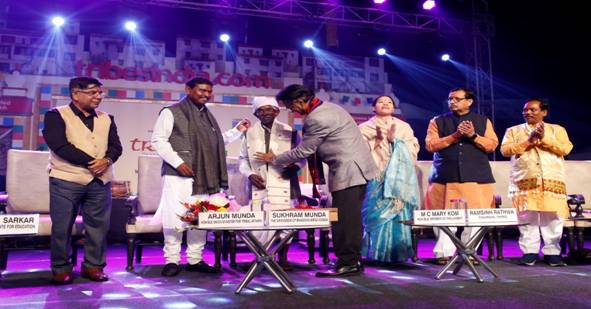 The November edition will also showcase the rich and diverse heritage of our tribes across the country as seen in their art, handicrafts, natural produce and delectable cuisine. With over 200 stalls, it is expected that once again 1000 tribal artisans and artists will be participating in the 15-day festival. A two-day workshop cum tribal talk will also be organized to connect with the tribals. The discussion sessions have been planned around sessions on entrepreneurship development, marketing and promotion, taking tribal business online, understanding new trends and market potential for tribal artefacts, engagements of financial institutions and education for tribals. These sessions will be taken by experts from Mushroom Council of India, Andrew Yule, Reliance Foundation, Amazon, Facebook, ONGC, Tata Trusts, Paytm, SBI. Representatives from 20 major tribes of India are being invited for this two-day workshop.

Tribes constitute over 8% of our population however, they are among the disadvantaged sections of the society. An attitude that pervades among the mainstream is the erroneous belief that they have to be taught and helped. However the truth is otherwise – the tribals have a lot of teach urban India. Characterised by natural simplicity, their creations have a timeless appeal. The wide range of handicrafts which include hand-woven cotton, silk fabrics, wool, metal craft, terracotta, bead-work, all need to be preserved and promoted. TRIFED, as the nodal agency under Ministry of Tribal Affairs, continues in its endeavour to improve the income and livelihoods of the tribal people, while preserving their way of life and traditions.