National Commission for Protection of Child Rights ( NCPCR)  launched  the “Training Modules for the Child Welfare Committees (CWCs), Protocols for Restoration and Repatriation of Children” along with the GHAR – GO Home and Re-Unite (Portal for Restoration and Repatriation of Child) on the occasion of World Children’s Day ( 20th November) here today.  Shri Indevar Pandey, Secretary, Ministry of Women and Child Development was the chief guest at the event.    Shri Priyank Kanoongo, Chairperson, NCPCR and other dignitaries also graced  the occasion.

In a video message, Union Minister for Women and Child Development, Smt. Smriti Zubin Irani congratulated the NCPCR for holding  the first of its kind National level launch ceremony with regard to child protection. She said that for the protection of child rights, Child welfare committees are playing a very significant role.  Reiterating  government’s commitment towards child protection, Smt. Smriti Irani appealed to all CWCs and DCPOs to  exhibit their best to implement the amendment of JJ Act and Rules, 2021 & 2022 for child protection across the nation.  Further, she appreciated the endeavor of the NCPCR in formulating the Protocols and Training Modules.  The Minister  also emphasized that society must be united for the protection of children.

Hon’ble @MinistryWCD Smt. @smritiirani Ji in her video message expressed her gratitude to the participants & mentioned all the CWCs are performing their duties diligently. She believed this conference would be beneficial to all the participants.@MinistryWCD @PIBWCD @NITIAayog pic.twitter.com/pE8CqACkGt 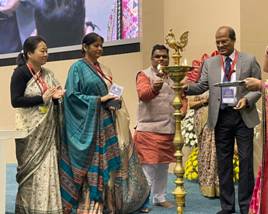 Speaking on the ocassion, Shri  Indevar Pandey said that India needs standard protocols and uniformity in Juvenile Justice Rules for Child protection in the country. He also appreciated the work done by CWCs &  DCPUs during COVID19 Pandemic. Talking about the  Digital India program, Shri Pandey stated that NCPCR has come up with various online portals for the welfare of children. NCPCR has formulated the Training Modules for the Chairpersons and Members of the Child Welfare Committees that would help implementing the amendments brought in the Juvenile Justice Act. He also mentioned that  under PM CARES for Children Scheme, around 4345 children were identified who had lost

both of their parents(s) during COVID pandemic. Support was provided to them under the PM CARE scheme. He exhorted that after every 3 months, the situation of these children should be  monitored by the DCPOs and it is ensured that they are getting support for education and their rehabilitation. While speaking about the importance of training he emphasized that the training will bring uniformity in implementation of the protocols though out the country. 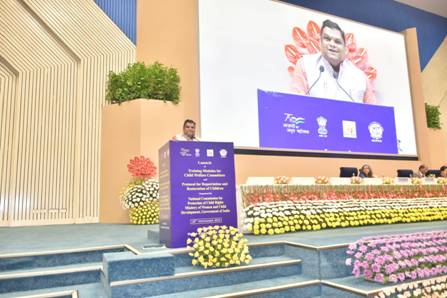 Chairperson, NCPCR in his inaugural address highlighted that all the Authorities, Stakeholders, Commissions & the Ministry of WCD present under one roof signify the commitment towards the protection of children of our country. He said, “ the theme for the World Child Rights Day is “Inclusion of Children” and children   must be included in the education, brought into the main stream of society and given opportunity for their overall development”. Children constitute 40 per cent of our population but they are the 100 per cent in terms of making the future of our nation, he added. Shri Kanoongo  further added that the GHAR portal and the protocols for repatriation and restoration being launched today will ensure the rights of children related to restoration and repatriation are realized.  He said government  has come up with various rules and regulations related to Child Rights which are beyond the provisions of UNCRC and we aim to carry this legacy further in the best interest of the children.

NCPCR CP Shri @KanoongoPriyank in his inaugural address stated that on the occasion of #WorldChildrenDay the Authorities, Stakeholders, Commissions & the Ministry of WCD present under one roof signifies the commitment towards the prot’n of children of our country.@MinistryWCD pic.twitter.com/lG1inDsuqS 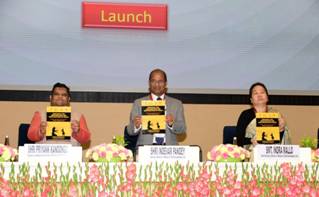 The launch event was followed by thematic technical sessions on (i) Orientation on Training Module for CWC and Protocols for Restoration and Repatriation of Children (ii) MASI Portal of NCPCR (iii) Baal Swaraj Portals of NCPCR. The proceedings of the day was concluded Question & Answers wherein various issues and doubts raised by the participants were clarified.

(DCPUs) from all the districts. Officials of Ministry of Women and Child Development (WCD) and

NIPCCD were present in the occasion.

The key objective of the programme is to enhance the functional knowledge, improve relevant skills of the CWC members and the Chairperson-CWC, in order to deliver effective and timely service for protection and rehabilitation of children in need of care and protection, children in conflict with law, and to provide protection to the orphan, abandoned and surrendered children.

The programme is intended to improve the personal, social, methodological and technical skills as required under the JJ Act 2015, JJ Rules 2016, subsequent amendments in Act and Rules, Mission Vatsalya and the Adoption Regulations. The programme should help the CWC members and the Chairperson-to be equipped with knowledge and skills and function as a competent authority to take important decisions in a timely manner and in the best interest of the child.

The facilitators or the resource persons should be subject experts who should be able to use role play and participative methods while taking sessions. They should have understanding about progressive legislations in the country for welfare of the children along with case laws (important Judgments of the Apex Court and the High Courts in recent years) and should be able to cite different case studies.

HIGHLIGHTS OF THE MODULE

– Based on interactive pedagogy including opportunities for discussions and activities.

– Principle of learning by doing is followed and field trips are included as a part of the learning experience where participants can visit the CCIs and involve in activities leading development of necessary skills and competencies.

– Module uses participatory methods such as case studies and discussion-based way of learning where participants resulting in gaining skills in critical thinking and team work.

– The topics have been arranged day-wise and in a sequential order as it is to be used.

– Material for handouts and activities and notes for facilitators have been provided along with the details of the day-wise session.

– At the beginning of each day key takeaways are highlighted followed by questions for assessment as a recap of the information of previous day training sessions.

STRUCTURE OF THE MODULE

The Module is a 15 days programme for training of CWCs. It is divided into 66 sessions of over 75 hours duration. The participants would be required to spend an average of around 5 hours in the training per day. Following information is given for each day/topic-

– Resource Material for the Facilitator

– Procedure for activity (as applicable)

– Notes for the Facilitator

(II) Protocols for Restoration and Repatriation of Children : The Government of India brought landmark amendments to the Act and Rules and implemented the Juvenile Justice (Care and Protection of Children) Amendment Act, 2021, Juvenile Justice (Care and Protection of Children) Amendment Model Rules, 2022 and Adoption Regulations, 2022. One of such major amendments that have been brought about is in the process of repatriation and restoration of children. The new amendments have been made taking into consideration that restoration of a child in need of care and protection would be different from a child in conflict with law. It was seen that there were many children who were brought before the JJBs and the CWCs, who were prima facie seen to be belonging to some other place but were being difficult to be repatriated because the details of the native place were unable to be found out by the authorities. The challenges in repatriation of children to their native place were primarily observed to be the non-convergence between the authorities and lack of sharing of information between authorities within the system. The Protocol for repatriation and restoration is  an endeavor  being made to eliminate those challenges which are being faced by authorities in repatriation and send the maximum number of children back to their native place with their families/relatives.

CWCS WILL ENSURE AND TRACK DIGITALLY THE FOLLOWING:

1. Before transferring the child to another District/State, the CWC will ensure that all necessary documentations of the child have been completed.

2. The DCPU shall ensure that in cases of victim of offences, all documents/formalities are completed before transferring the child out of the District/State.

3. At step-2 of the GHAR portal, the CWC will be informing whether all necessary formalities and documentations have been done for the child who is to be repatriated.

5. Where the whereabouts of the child are unknown, the CWC will transfer the investigation to local SJPU/Police/AHTU Station and update information on the portal.

6. Before transferring the child to another District/State, the CWC will ensure that the following steps have been taken.

i Case file is opened and basic information of the child is prepared.

ii. Note of proceedings, if any.

iv. Counselling report, if any.

v. Information to concerned CWC has been provided.

vi. Information to District Magistrate of the district where the child has been found has been provided.

vii. Escort order has been passed (Form 45)- In cases of female child, escort should be female.

ix. Status of bank accounts of the child.

x. Compensation, if any is provided.

xi. The child who is a victim of offences will be entitled to compensation amount, depending upon the nature of crime that has happened against the child.

xiii. However, it must be seen that the compensation amount can be credited into the bank account of the child even after repatriation. For purposes of compensation, the child should not be kept from being repatriated.

(III) GHAR – GO Home and Re-Unite (Portal for Restoration and Repatriation of Child : GHAR portal developed by NCPCR addresses the amended roles of CWCs and DCPOs in matters of children in need of care and protection.

i. Digital tracking and monitoring of children who are in the JJ system and have to be repatriated to another Country/State/District.

ii. Digital transfer of cases of children to the concerned JJB/CWC of the State. It will help in speedy repatriation of children.

iii. Where there is a requirement of a translator/interpreter/expert, request will be made to the concerned State Government.

iv. CWCs and DCPOs can ensure proper restoration and rehabilitation of children by digitally monitoring the progress of the case of the child.

v. A checklist format will be provided in the forms so that the children who are being hard to repatriate or children who are not getting their entitled compensation or other monetary benefits can be identified.

vi. List of Government implemented schemes will be provided, so that at the time of restoration the CWCs can link the child with the schemes to strengthen the family and ensure that child remains with his/her family.