The Directorate General of Mines Safety (DGMS) building which is about 114 years old and is among the oldest heritage buildings in Dhanbad, is being maintained in its near original form by regular housekeeping and maintenance. In course of this special campaign, the more than 100 years old record room at DGMS, HO, having the safe custody of files as old as 1885, was given special attention.

Under the Special Campaign 2.0, digitization initiative is being undertaken at the examination wing of DGMS. In course of phase 1 initiative, records up to year 2014 have been digitized and the rest are in the process of being digitized. During this campaign, there is revenue generation of ₹ 2,22,501.00 by way of disposing of the condemned items at various offices of DGMS and about 110 Sq ft free space was created by re-arranging and cataloguing the files. As per the policy of ease of doing business of GOI, five rules were eased during this campaign. 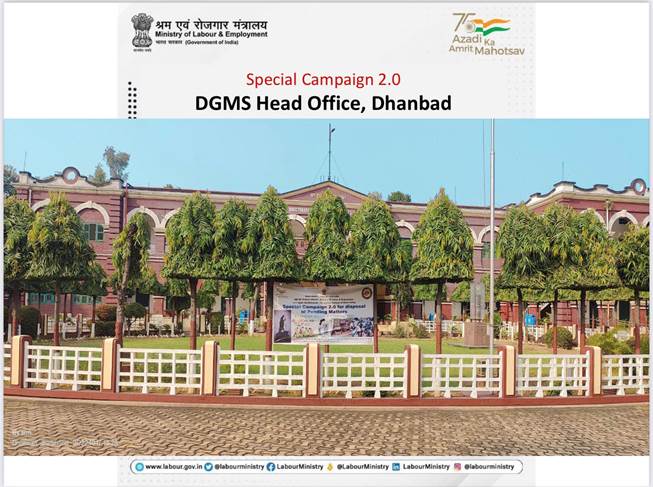 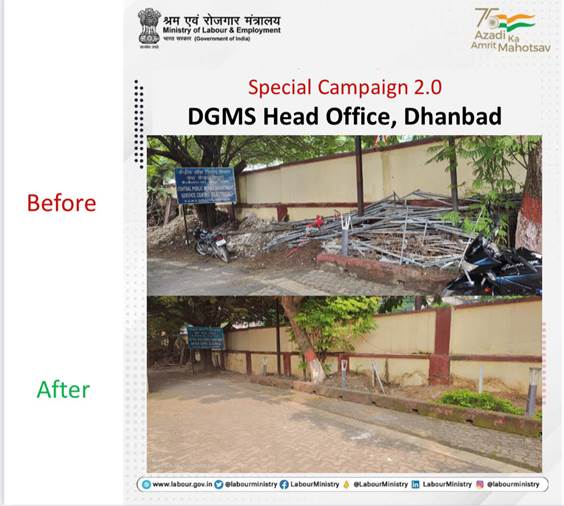 The SOPs belonging to various spheres of mining under the DGMS guidance such as methodology adopted to deal with coal fire, man riding system (to prevent the fatigue to the underground mine workers), environmental preservation initiative (such as development of Parks, incorporating the various species of plants over the waste land/overburden) were implemented by the mining companies.

There is a remarkable reduction in the number of accidents in the mines. The fatality rate was brought down to about 0.15 in the year 2022. The organization is working to achieve the goal of Zero harm to the workers.