Union Minister for Development of Northeastern Region (DoNER), Tourism, and Culture Shri G Kishan Reddy held a virtual meeting today at New Delhi with the Chief Ministers, Agriculture Ministers, Chief Secretaries and other senior officials of all eight Northeastern States which was mainly focused on growth of agriculture in the North East with special emphasis on the sectors like horticulture, oil palm, organic farming and bamboo development. The meeting was also attended by Union Minister for Agriculture and Farmers Welfare Shri Narendra Singh Tomar and Shri BL Verma  Minister of State for Development of Northeastern Region (DoNER) and Ministry of Co-operation, besides senior officers of the Ministry of DoNER. 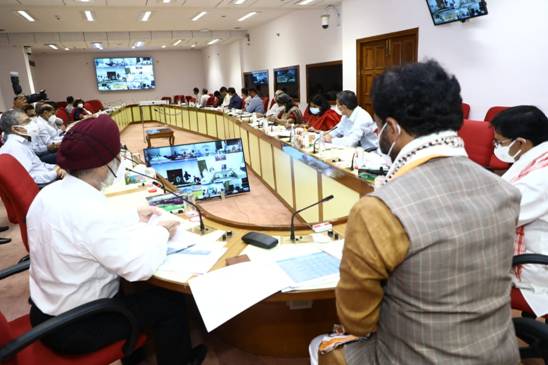 Shri Inderjit Singh, Secretary for Development of Northeastern region set the context for the meeting with his opening remarks and stressed on the importance of ensuring the Gross Budgetary support (GBS) of 10% for Northeastern states from the 54 non-exempted ministries was utilized seamlessly.

This was followed by the address of Minister for Agriculture and Farmers Welfare Shri Narendra Singh Tomar who attended the meeting virtually and thanked  Union Minister Shri G Kishan Reddy for initiating the review meeting and said that the northeastern region crucial for our country’s growth. He also stated that the Prime Minister has always been active regarding the development and welfare of the region. “There are challenges in palm oil cultivation but the newly introduced National Mission on Edible Oils – Oil Palm is a game changer in respect to pal oil production. I request the states to highlight the bottlenecks in implementing the central government schemes and ways for effective implementation”, he added. The Minister also stated that he looks forward to jointly conducting the business summit on agriculture in the Northeastern region between the Agriculture and DONER ministries. 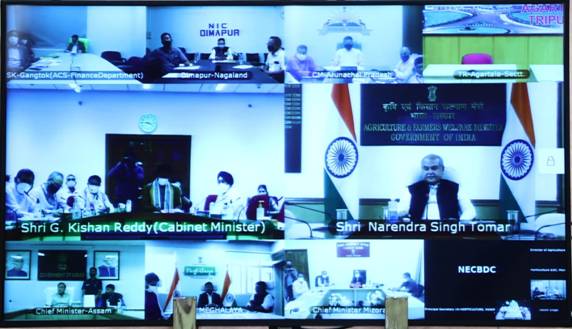 The Minister for Agriculture’s remarks were followed by Minister Shri G Kishan Reddy. Speaking at the event, the Minister Minister for Development of Northeastern Region (DoNER), Tourism and Culture started his address quoting Prime Minister Shri Narendra Modi when he addressed the Northeastern Council (NEC) in 2016 “If the western region of the country can develop, if other regions of the country can develop, I see no reason why the North East region of the country cannot develop. I am also convinced that India can move forward if all the regions develop including the North East region.” The Minister also stressed on the need to come up with proactive steps to ensure that the allocations to Northeastern states are being utilized effectively and as a nodal ministry the Ministry for DoNER will be extending all the required support that is required. “Recently Prime Minister has approved the revival of North Eastern Regional Agricultural Marketing Corporation (NERAMAC) by providing Rupees 78 crores. The Union Government under the leadership of Prime Minister Sri Narendra Modi will always stand shoulder to shoulder with the brothers and sisters of Northeastern region”, he added. The Minister felt that the augmentation of cold storage, supply chains and further progress in the national missions on Bamboo and Honey would lead to the Northeastern states potential fully being tapped.

The Ministers remarks was followed by a presentation made by the officials of the Ministry of DoNER to the attendees on the various agriculture related schemes of the Government of India and the year-wise utilization of funds by the Ministry of agriculture against the 10% Gross Budgetary Support (GBS). The presentation highlighted an allocation of Rupees 5,800 crores for edible oil for the Northeastern region out of the total Rupees 11,040 crores for the entire country. 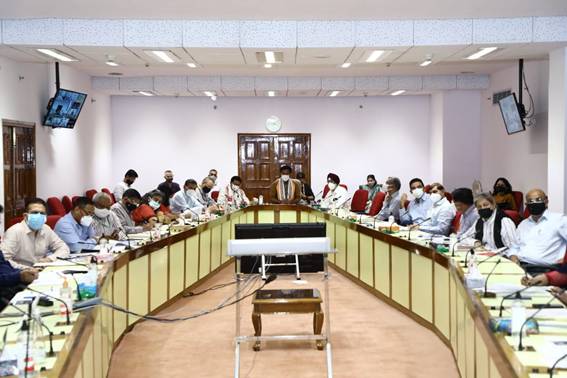 The Chief Secretaries of the Northeastern states and the Secretary, Northeastern Council (NEC) and senior officials from agriculture ministry and other officers from states were also present.