The India International Science Festival concluded today in Bhopal, Madhya Pradesh. On this occasion, the Union Agriculture and Farmers Welfare Minister, Shri Narendra Singh Tomar said that science and technology are developing rapidly in the country under the leadership of Prime Minister Shri Narendra Modi. The application of Science and Technology has increased in every field. This sector is one of the priorities for the Central Government. 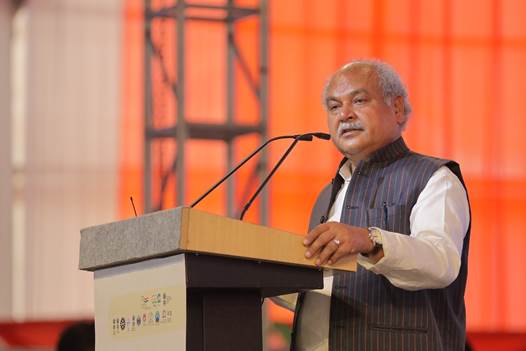 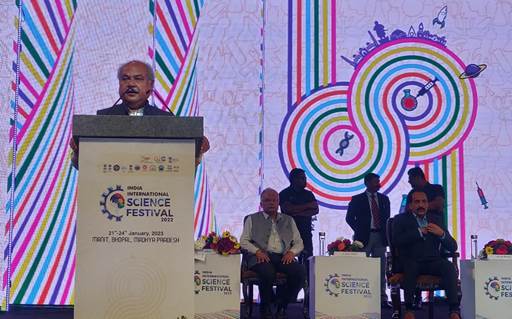 Shri Tomar said that science has a great impact upon our lives. Today its utility can be felt all over the world including in our country. India also has the ability to achieve a position in today’s competitive world, but to reach there and be able to go ahead, we should know the scientific importance of even the smallest thing. Only then we will be able to go ahead in the world competition.

Shri Tomar said that today no field is untouched by science and technology. In the agriculture sector too, due to technology, work has become easier, losses are being reduced and time is being saved. The use of drone technology is being made accessible to farmers. Farmers will get huge benefits through Digital Agriculture Mission, he said. Based on the way research is being done in the agriculture sector, we can say that in the coming days, India will increase its production and productivity by using technology. Along with fulfilling the country’s needs, we will also be successful in discharging our responsibilities toward the world.