Union Minister of State (Independent Charge) Science & Technology; Minister of State (Independent Charge) Earth Sciences; MoS PMO, Personnel, Public Grievances, Pensions, Atomic Energy and Space, Dr Jitendra Singh today convened a meeting of Union Ministers and Members of Parliament from coastal states of the country to discuss the ongoing countrywide Coastal Clean Up Campaign launched by the Ministry of Earth Sciences from 5th July, 2022.
Dr Jitendra Singh said, this is a mass campaign and sought everybody’s view as to how best to further strengthen the campaign which has already caught the imagination of the masses and the nation. He said, the Ministry of Earth Sciences is spearheading it but at the same time seeking “whole of government” approach. 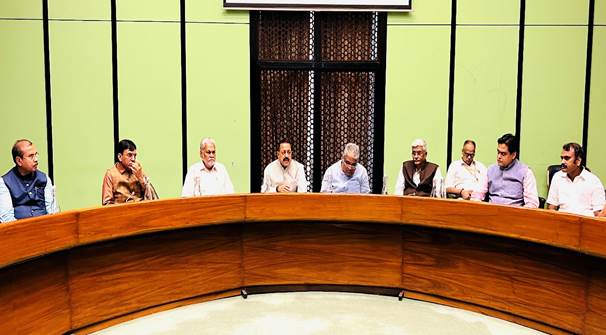 A brief presentation was also made. A mobile app “Eco Mitram” has been launched to spread awareness about the campaign and also for the common people for voluntary registration for the beach cleaning activity on the 17th September 2022. Through this campaign, a mass behavioural change among the masses is intended by raising awareness about how plastic usage is destroying our marine life.

Dr Jitendra Singh informed the Central Ministers and MPs that 75 days long campaign launched from 5th to raise awareness about “Swachh Sagar, Surakshit Sagar” will culminate on “International Coastal Clean-up Day” on 17th September 2022. He said, on 17th April, which incidentally is also birthday of Prime Minister Narendra Modi celebrated as “Sewa Diwas” in the country, a massive clean-up drive will be carried out at 75 beaches across the country with 75 volunteers for every kilometre of the coastline. He also added that this year’s event also coincides with the celebrations of Azadi Ka Amrit Mahotsav in 75th year of the country’s independence. All the participants in the meeting supported the idea of Dr Jitendra Singh to achieve the target to remove 1,500 tonnes of garbage, mainly single use plastic from the sea coasts on 17th September by mobilising more than 75,000 people, students, civil society members and environment activists among others.

It was also recalled that in line with the clarion call given by Prime Minister to phase out single use plastic items by 2022, Ministry of Environment, Forest and Climate Change, Government of India notified the Plastic Waste Management Amendment Rules, 2021, on 12 August 2021 and the Ministry announced on 28th June that India will ban manufacture, import, stocking, distribution, sale and use of identified single use plastic items, which have low utility and high littering potential, all across the country from July 1, 2022.

The Ministers and the MPs pledged full support to the first-of-its-kind and longest running coastal clean-up campaign in the world and they also advised the Ministry of Earth Sciences to undertake a cycle rally, students rally by involving local NGOs.

All the related agencies have come together to sensitise over 200 ports, fishing harbours and 6100 lighthouses about the ongoing coastal clean-up drive and they should pitch in a big way on 17th April to make the “International Coastal Clean-up Day” a grand success. 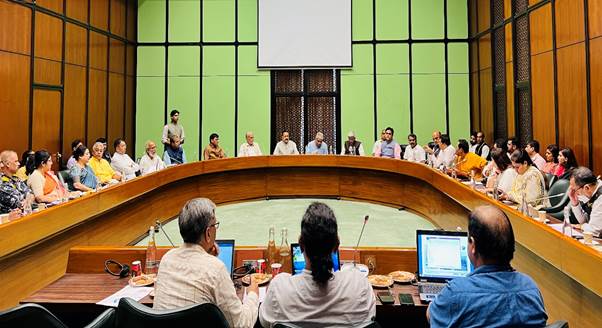 Ministers and MPs from Kerala and Tamil Nadu promised to give full support to the coastal clean-up mission even during the ongoing monsoon season. They said, volunteers along with students will be mobilised in coming weeks.

Many Members of Lok Sabha and Rajya Sabha from Coastal States also came up with noble suggestions which the Union Minister of Earth Sciences Dr Jitendra Singh promised to integrate with the coastal swachhata campaign.

In his concluding remarks, Dr Jitendra Singh reminded the Ministers and MPs about the Prime Minister’s address from the ramparts of the Red Fort on 15th August, 2019, when he called upon the countrymen, “Remembering revered Bapu, we should move out of home collecting single-use plastic from homes, streets, chowks, and drains. Municipalities, Municipal corporations, Gram Panchayat should make arrangements to collect single-use plastic. Can we take the first big step on 2nd October, towards making India free from single-use plastic”? Modi also requested start-up organizations, technicians and entrepreneurs to see what could be done to recycle this plastic and at the same time urged the people to promote jute and cloth bags.