Union Minister of Power and NRE, Shri R.K Singh chaired a Review, Planning and Monitoring meeting with Additional Chief Secretaries and Principal Secretaries of Power/Energy Departments of the States and UTs and CMDs/MDs of power sector CPSUs here, on 17th December, 2021. Minister of State for Power Shri Krishan Pal Gurjar and Minister of State for MNRE Shri Bhagwant Khuba were also present in the meeting with Secretary Power, Secretary MNRE and senior officials from both the Ministries. 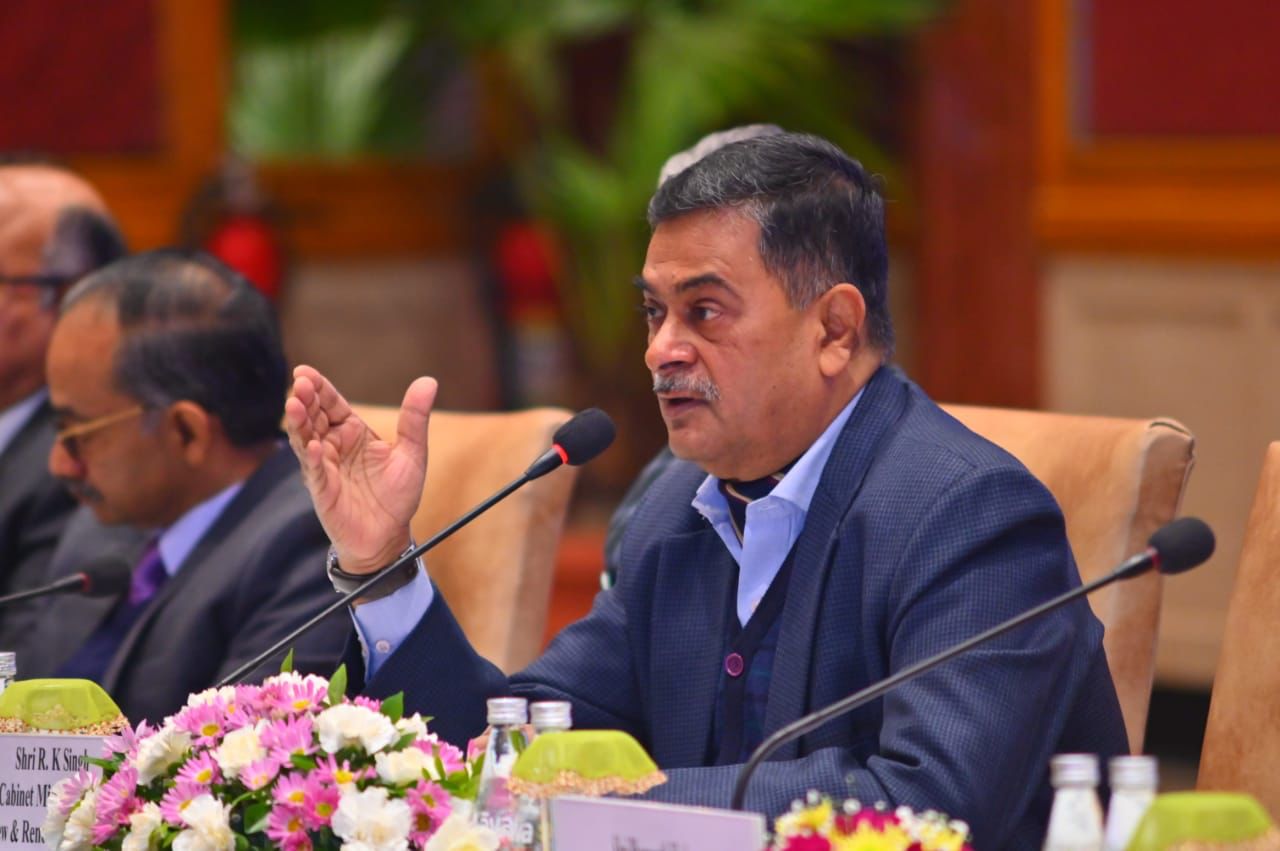 Shri R.K Singh, in his inaugural address, underlined that the power sector has been brought forward a long way, by the current government. The country has become power surplus; we have connected the whole country into one grid, and  strengthened the distribution system. These steps have increased  the  power availability to 22 hours in rural areas and  23.5 hours in urban areas. The next step is to take it to 24*7 guaranteed power supply at affordable price. 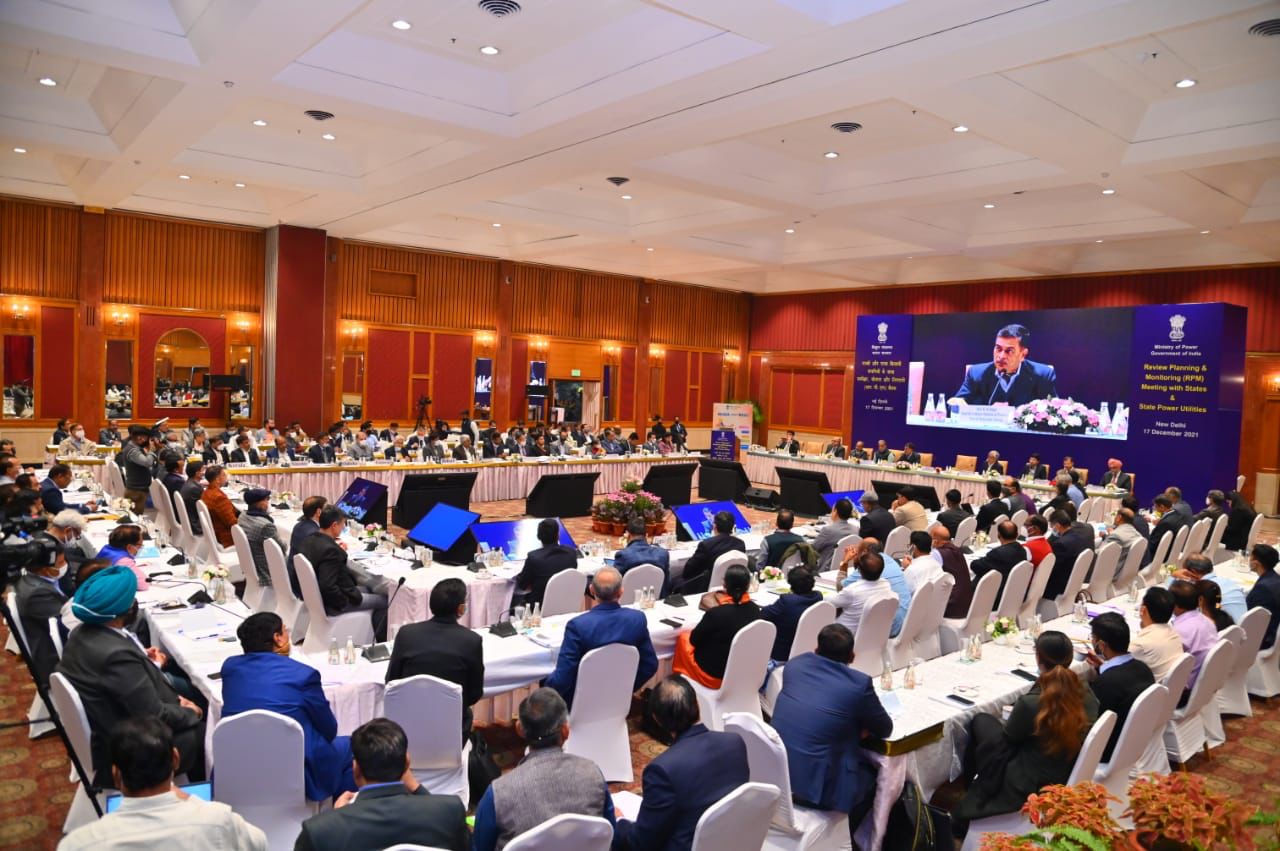 He stated that the availability of Power is fundamental to Indian economy  and our objective is to  provide world class services and facilities for the citizens of this country. The Minister also emphasized upon energy transition towards more green energy to safeguard the environment for the coming generations while taking forward development of the sector. The manifold benefits of PM-KUSUM scheme primarily in the form of additional income and cheaper electricity for farmers were emphasized. The State Governments will benefit through reduced Subsidy burden. This will also benefit the environment as well in the form of clean and green energy generation. The State wise status of implementation and issues being faced were deliberated in detail. Renewed focus was laid on renewable energy for ensuring availability of sufficient electricity supply in an environment friendly manner.

The matter of increasing overdues of GENCOs was also deliberated and it was advised that DISCOMs must immediately undertake loss reduction measures through proper metering, billing and energy accounting. Proper accounting of subsidies being announced by respective State Governments and payment to DISCOMs also need to be ensured.

Further, it was stressed that for providing 24×7 uninterrupted power supply to consumers; an operationally efficient and financially viable electricity distribution sector is necessary. In order to achieve this objective, Government of India has recently launched the Revamped Distribution Sector Scheme having total outlay of ~Rs. 3.0 Lakh crores. The scheme aims at reducing the AT&C loss to 12-15% and eliminating ACS-ARR gap at pan India level by FY 2024-25. The formulation of plans by  different States was reviewed. All States and DISCOMs are progressing well in  preparation of action plans and DPRs as per the scheme guidelines.

The Minister of State for Power Shri Krishan Pal Gurjar appreciated the efforts and cooperation  by States in achieving 100 percent electrification under Saubhagaya scheme , DDUGJY. He said that Power is the key to growth. Reviewing the status of Revamped Distribution Sector Scheme he expressed that DISCOMs are the nodal point for  the consumers  in power value chain and hence their performance is key.

It was reiterated that improved financial sustainability of the DISCOMs will not only attract investments in the Power Sector as a whole but will also benefit the consumers through reduced cost of electricity and improved consumer services.