The Minister of State for External Affairs and Culture, Smt. Meenakshi Lekhi attended the inaugural celebrations of ‘International Day of Women in Maritime’ with women officers of the Shipping Corporation of India in Mumbai, Maharashtra today (May 14, 2022).

The celebrations were indeed special as last year in 2021, the UN International Maritime Organization adopted a resolution to designate May 18th as International Day for Women in Maritime. SCI celebrated it on 14th May in a run up to the Day.

The event was also attended by the Consul-General of Japan in Mumbai Mr. Yashukata Fukahori, along with some of the women officers of the Shipping Corporation of India and the team of All Women Officers’ sailing on MT Swarna Godavari. 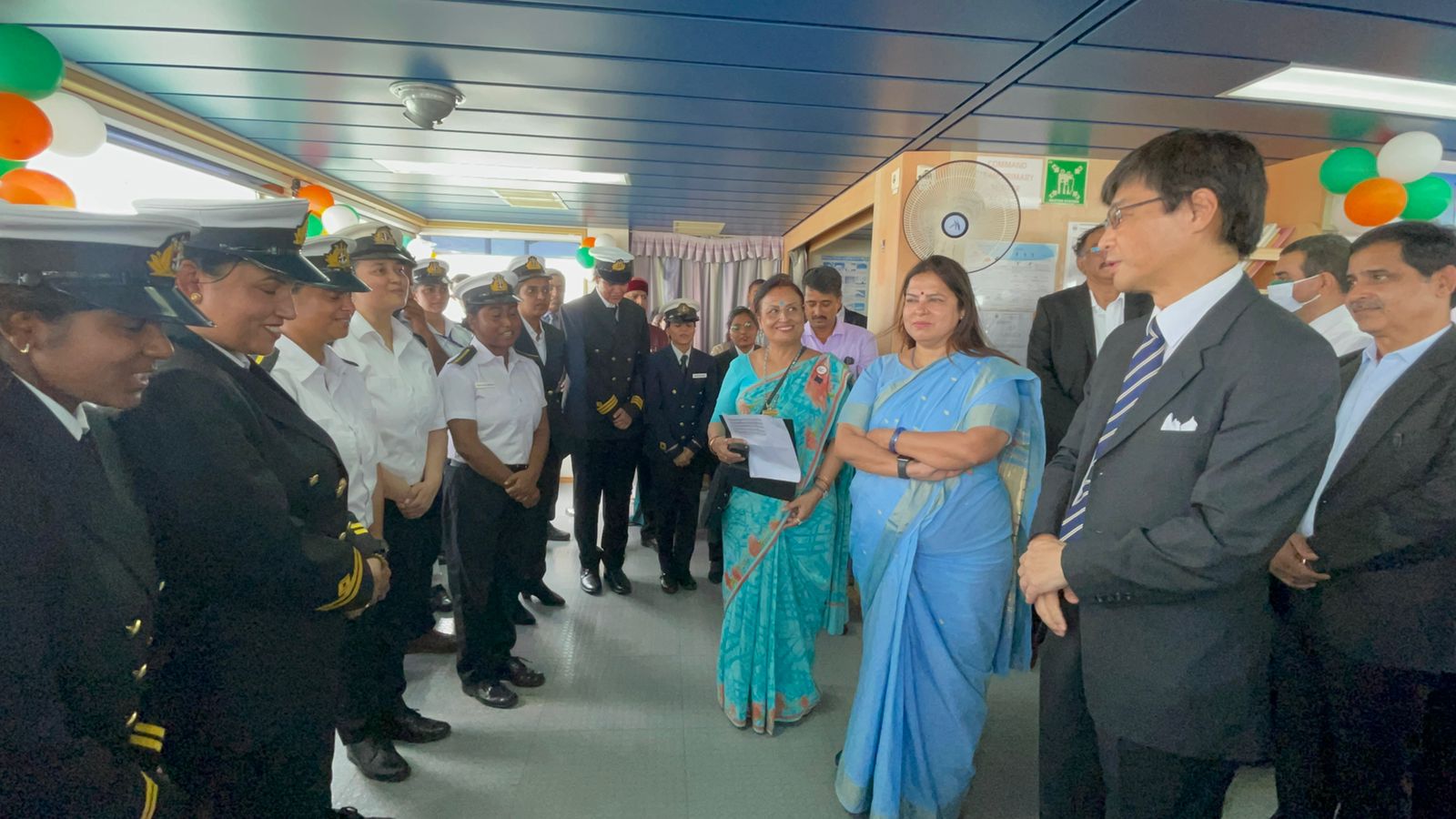 Smt. Meenakashi Lekhi along with the women officers and trainee cadets of Shipping Corporation of India marked the day by performing yoga at the vessel, thereby also taking part in the ongoing Yoga Utsav 2022, which marks a countdown to the International Day of Yoga 2022. The special day was celebrated on the deck of MT Swarna Godavari in the middle of the ocean with the Minister and other dignitaries performing yoga that made for an exceptional spectacle.

The event was organized by the Shipping Corporation of India to mark the first-ever International Day of Women in Maritime, which will be observed each year on May 18 to celebrate women in the maritime industry and promote recruitment, retention and sustained employment in the long perceived to be a male-dominated sector. Smt. Lekhi also felicitated women seafarers for their exceptional achievements in an industry having only 2 percent female workforce. 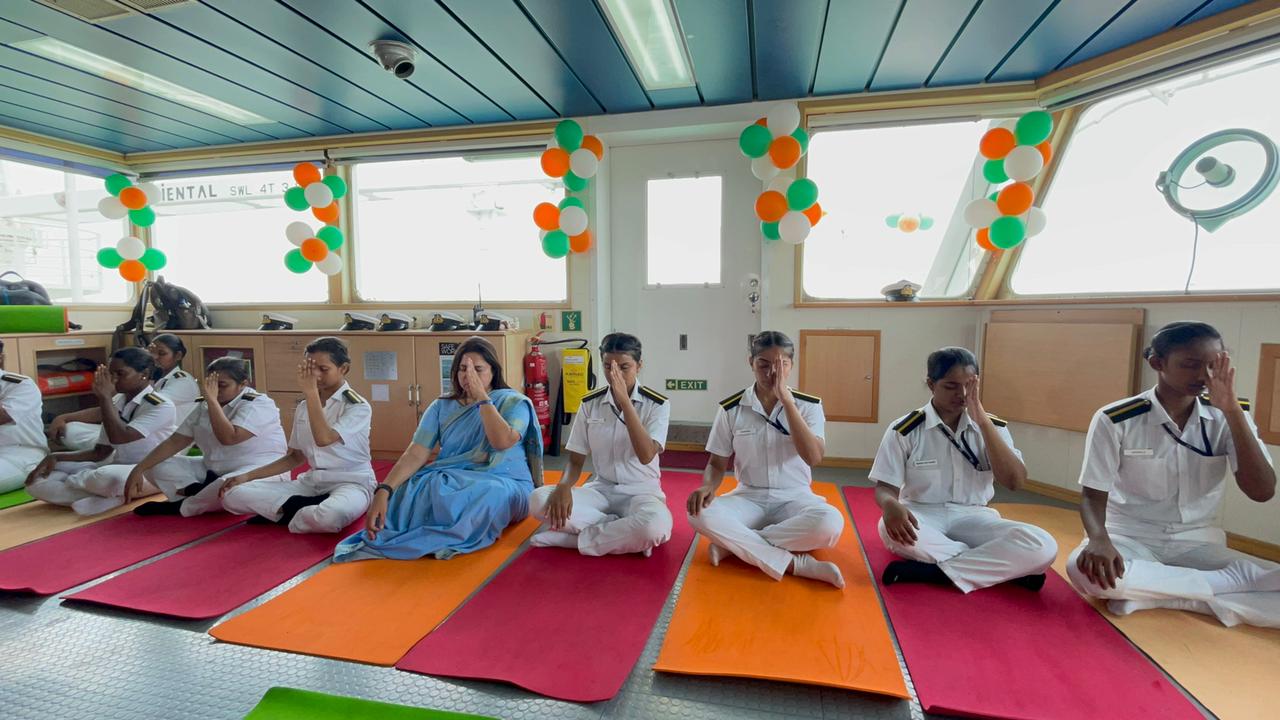 The celebrations are in line with the commitment of the government to the United Nations Sustainable Development Goal 5 (Gender Equality) and support work to address the current gender imbalance in maritime industry.

Smt. Lekhi applauded the fact that Indian Navy has the highest number of women in its workforce at 6.5%. She said that women have proven their mettle in every field and seafaring is not an exception as Navika Sagar Parikrama, an avant-garde expedition was undertaken by India’s first all-women crew on Indian Navy sailing vessel Tarini. Speaking on the occasion, the Minister also stated that in 1957, an Indian lady Smt. Sumayi Morajee had set a percedent by becoming the first woman in the world to head a pioneer organization of shipowners – Indian National Shipowners Association. In the entire world, this had been possible only in India back then, added the Minister. In this context, Smt. Lekhi said, “We are a society that is progressive. India has a long-standing history of treating men and women equally”. The Minister referred to Rani Abbakka of Ullal who fought the Portugese in the latter half of the 16th century and also Rani Laxmibai of Jhansi who rode a horse with a child at her back and demonstrated “the openess of a society that allowed her to gain certain skills and training”.

Smt. Lekhi concluded by saying that ships are also referred to as ‘she’ that relates to the idea of a female figure such as a mother or goddess guiding and protecting a ship and crew, then it is only natural for women to be able to undertake sea expeditions.

Congratulating the women seafarers, Smt. Lekhi said to them, “you showcase strength, courage and a spirit of adventure”. Women who have chosen sailing as a career have broken stereotypes, said the Minister. She urged that we, as a society, should vow in this period of Amrit Mahotsav to make it possible for women who want an adventurous career to come forward and join the shipping industry.  The Minister said that the Central Government and SCI are striving to provide all girls with opportunities and security for a career in shipping business.

The CMD of SCI Mrs. H.K. Joshi and other senior officials of SCI were present on the occasion.