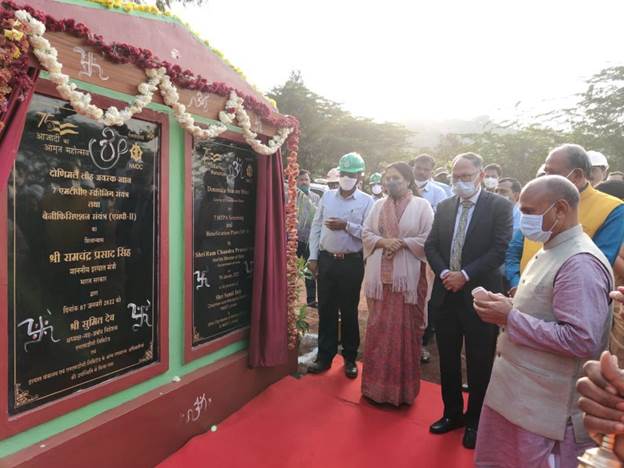 The Steel Minister reviewed operations at the Donimalai and Kumaraswamy iron ore mines and the NMDC Pellet Plant on his visit. Addressing the officials, he said, “The largest producer of iron ore in India – NMDC has consistently met the infrastructure needs of the country. As India gears up to become an iron and steel powerhouse and we head closer to achieving the Steel Vision 2030, NMDC will play a pivotal role.” He also directed a close monitoring of execution and commissioning of ongoing projects so that they could be completed on priority.

On Saturday, while inaugurating the NMDC Tree Plantation Drive as part of Azadi Ka Amrit Mahotsav celebrations, the Steel Minister emphasized on our collective responsibility towards a Green India. Shri Ram Chandra Prasad Singh congratulated NMDC on earning 5 Star Ratings for all their mining complexes and said, “The mining sector must be deeply conscious of its impact on the environment. Sustainable mining practices and conservation initiatives are the need of the hour. It is a matter of pride that NMDC is committed to eco-friendly mining.” 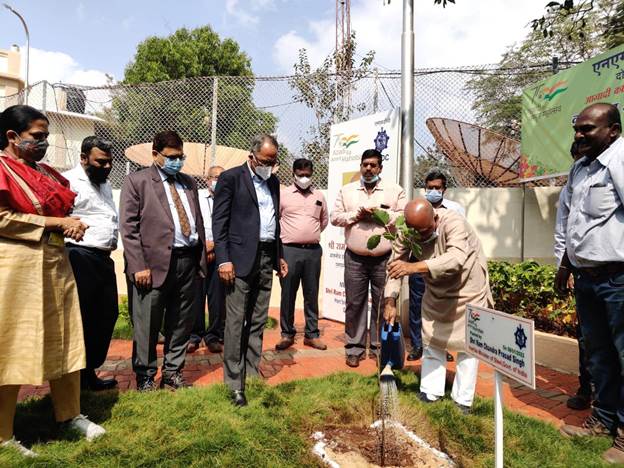 It is noteworthy that at present NMDC produces 7.0 MTPA Iron Ore from the Donimalai mine which is processed by SP-1. Kumaraswamy Iron ore mine has a capacity of 7.0 MTPA which will be enhanced to 10.0 MTPA in the future. To process iron ore from Kumaraswamy Iron Ore mine, the setting up of SP-2 Screening Plant of 7.0 MTPA capacity is under progress with a future provision of increasing its capacity to 10.0 MTPA. Provisions are also being made for SP-2 to process iron ore from both KIOM and Donimalai.

Earlier welcoming the Minister to the company’s mines, CMD Shri Deb shared NMDC’s excellent performance this year, its expansion plans and capex outlay and explained how allotment of mines under reservation route, in Odisha and Jharkhand could help NMDC become a 100 MT iron ore mining company by 2030.