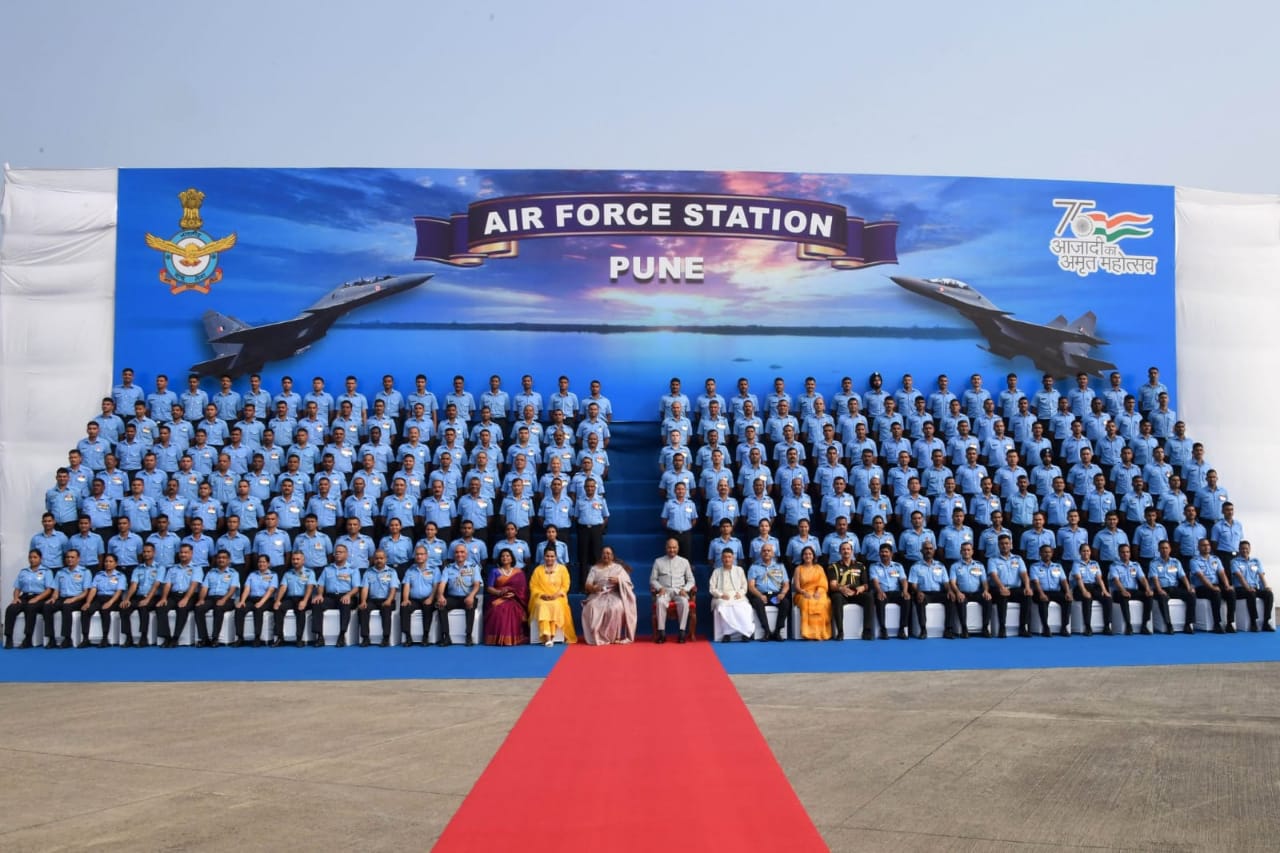 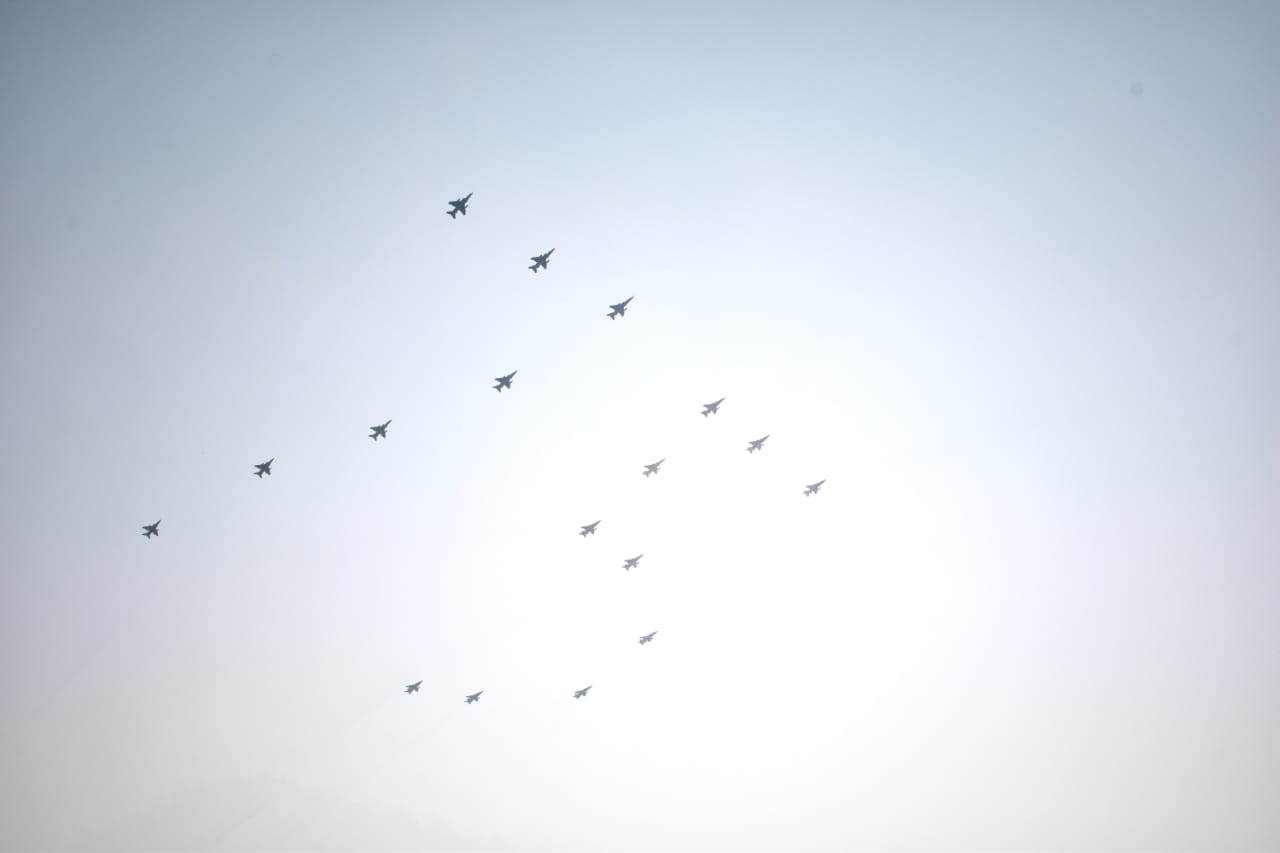 On arrival at the air base, the President was received by Air Marshal Vikram Singh, Air Officer Commanding in Chief, South Western Air Command and Dr. (Mrs) Arathi Singh, President Air Force Wives Welfare Association (Regional), South Western Air Command. Thereafter, the President was conducted for a fleet review by Air Commodore H Assudani, Air Officer Commanding, Air Force Station Pune. The review included SU-30 MKI aircraft and the ‘Made in India’ Akash Missile System. The Hon’ble President witnessed a breathtaking air display, comprising of a large number of fighter aircraft and helicopters. The highlight of the air display was a fly past by a large formation of Jagauar aircraft, which painted the skies of Pune with a tattoo of ‘75’ signifying ‘75 years of India’s Independence’. The Hon’ble President flew a ‘sortie’ in the state of the art, SU-30 MKI simulator, and was shown the exceptional capabilities of the fighter aircraft. Before departing the air base, he interacted with aircrew who participated in the review and flying display and air warriors of Air Force Station, Pune. 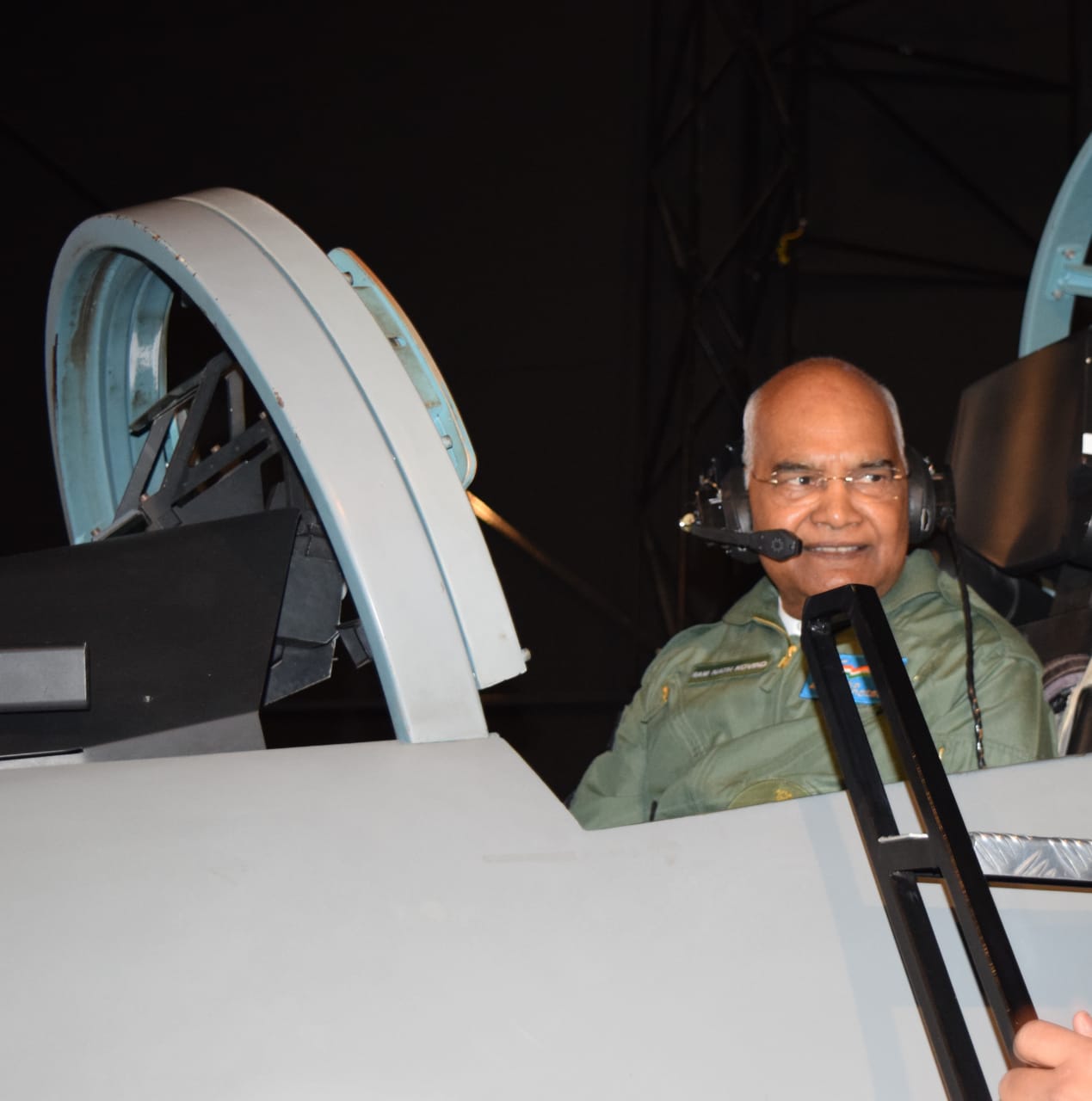