The festival showcased plays of renowned theatre directors based on life and sacrifices of our freedom fighters.

Drama ‘I am Subhash’ directed by Chandrakant Tiwari was played on the first day of the festival. ‘I Am Subhash’ play is based on the life of the great patriot Netaji Subhas Chandra Bose. The performance depicts the struggle from Netaji’s student life to the formation of the ‘Azad Hind Fauj and his mysterious extinction. The play tells how Subhash Babu, in spite of adversity and opposition from prominent national leaders, not only made his place in the hearts of the people by awakening the spirit of patriotism, but also separated himself from politics and formed an army Azad Hind to free the country. The play is an attempt to show the ideology of Subhash Chandra Bose, his style of work and his dreams. 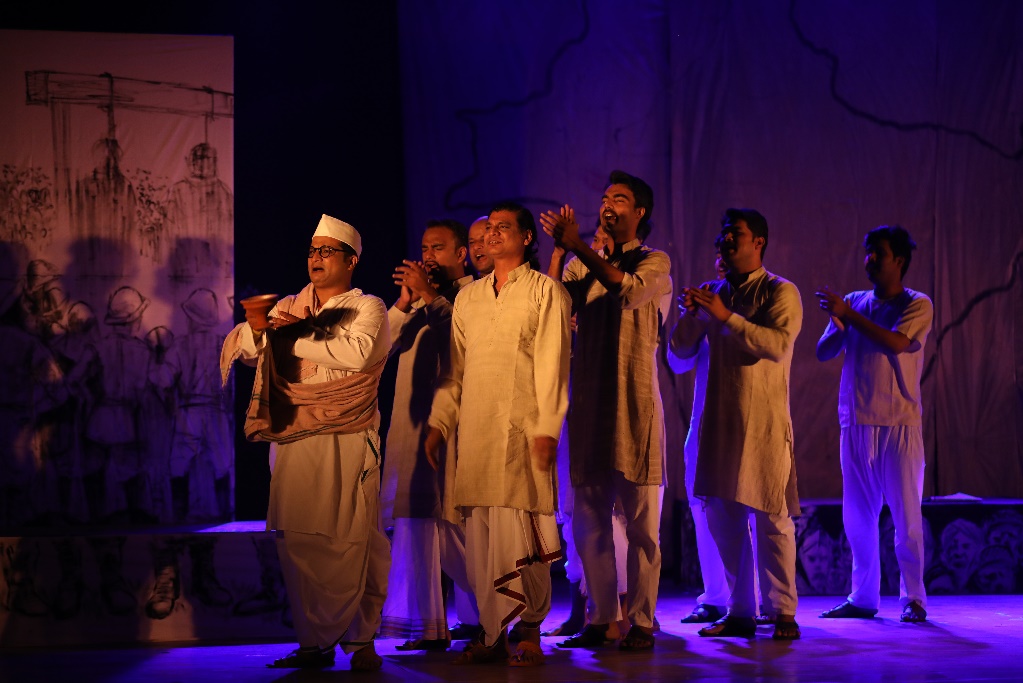 On August 10, play ‘Gandhi-Ambedkar’ by Dr. Mangesh Bansod was performed. The play is a powerful statement on the dialectical confrontation, of different ideological practices and methodologies, between Mahatma Gandhi and the architect of the Constitution of India, Dr. Bhimrao Ambedkar, for the same purpose. Mahatma Gandhi had his own views on the issues such as country, society, people of india, Hindu-Muslim, untouchability, Chaturvarna system, Hinduism, where as Dr. Babasaheb Ambedkar had his own conations towards the same. This has been the reason for the mutual differences and ideological conflict between them. Rupesh Pawar’s play ‘August Kranti’ was presented on August 11. The play Agast Kranti is based on true events that took place during Quit India Movement 1942. It speaks majorly about Gandhiji. It mentions leaders like Ram Manohar Lohia, etc. Lastly, which is the grassroot level it underlines the importance of the rural people and their inspiration to fight unitedly for complete independence. An attempt has been made to showcase Agast Krant play by exploring few incidents out of all these events. ‘Tilak and Agarkar’ directed by Sunil Joshi was presented on August 12. The play Tilak Ani Agarkar has been awarded golden leaf in Marathi theatre. The social and political situation of the time of Tilak and Agarkar has not changed much. The differences between the two during pre-independence period and their apparent friendship, which were gradually falling apart, led the two to chose different ways to reach the same goal. Tilak and Agarkar, who used to live together in the same house and started ‘Kesari’ and ‘Maratha’ newspapers after taking the oath of national service, are seen together in the beginning. But after that, the gap between their thoughts widened and their verbal disputes, then their jealousies; and the integration of the families of the two, after their own independence, becomes the central picture in this play. But one of the common threads of this play is the friendship, they feel from time to time: the audience is stunned to see all this.

The play ‘Rang De Basanti Chola’ directed by Mohammad Nazir Qureshi was performed yesterday on the last day of the festival. The play Rang de Basanti Chola is written by Bhisham Sahni. Based on the background of Jalian Wala Bagh Kand, Play starts with the Court Marshal of General Dier. Instead of feeling sorry, he adamantly replies to the question, that he wants to demoralise the Indian, and performed his duty. To create the atmosphere of Punjab, Shabad and Prabhat Pheri are added to the play. Play revolves around the life of Hemraj and his wife Ratto. Hemraj believes in Gandhian Ideology. His brother-in-law visits his house. He belongs to Garam dal, and an argument takes place between them on each other’s Ideology. British Army and officials remain vigilant and alert every time to break the unity of Indians. Few British characters like Principal Vathur, are there, who are Indian supporters and don’t like cruelty. 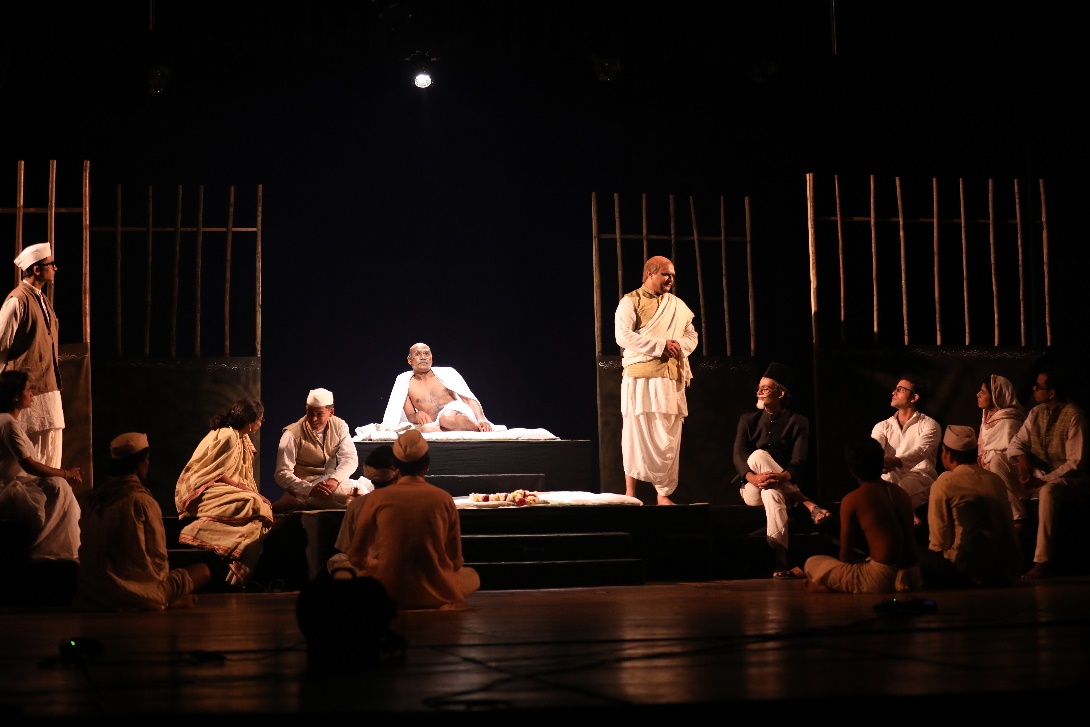 As part of the 22nd Bharat Rang Mahotsav, 2022 (Azadi Segment), 30 plays will be showcased in Delhi, Bhubaneshwar, Varanasi, Amritsar, Bengaluru and Mumbai from 16th July to 14th August, 2022.