Scientists have discovered that changes to a gene called SETD1A can dramatically raise the risk of developing schizophrenia.

Schizophrenia is a severe and common psychiatric illness that affects around one in 100 people worldwide. Symptoms include disruptions in thinking, language and perception, and patients can also suffer psychotic experiences such as hearing voices or having delusions.

Changes in SETD1A also raise the risk of a range of neurodevelopmental disorders.

Damage to the SETD1A gene was found in 10 of the schizophrenia patients, and surprisingly also in six other people with other developmental and neuropsychiatric disorders such as intellectual disability.

The team, led by researchers at Britain’s Wellcome Trust Sanger Institute, said damaging changes to the gene happen very rarely but can increase the risk of schizophrenia 35-fold. 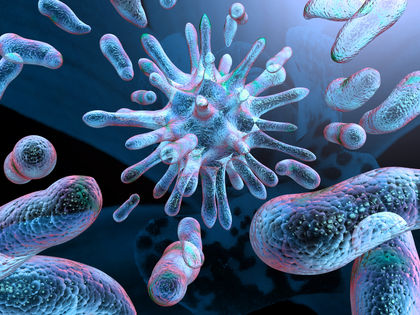 The team found that mutations that remove the function of SETD1A are almost never found in the general population, but affect 1 in 1,000 people with schizophrenia.

While this gene fault explains only a very small fraction of all schizophrenia patients, it provides an important clue to the wider biology of the disorder.

While the exact causes of schizophrenia are unknown, research to date suggests a combination of physical, genetic, psychological and environmental factors can make people more likely to develop it.

Psychiatric disorders are complex diseases involving many genes, and it is extremely difficult to find conclusive proof of the importance of a single gene. So-far limited understanding of schizophrenia’s causes has hampered efforts to develop new treatments.

Current drugs are only effective in alleviating some of the symptoms, can lead to troubling side effects and are ineffective in a sizeable minority of cases.

This new finding about defects in the SETD1A gene – although only explaining a small fraction of cases – may guide researchers towards new pathways that could be targets for treatments or medicines in a larger number of cases.

The study analysed the genome sequences of more than 16,000 people from Britain, Finland and Sweden, including those from 5,341 people with schizophrenia.