Greek Parliament approved a bill containing a set of prior actions the country pledged to its international creditors in order to unlock the next bailout loan installment in coming weeks. It will allow creditors to disburse more funds from a €86bn third international bailout.

Legislators endorsed the measures by 154 votes for to 140 against after a three-day debate held under emergency rules in order to meet a deadline agreed with the EU and International Monetary Fund.

The bill included a new round of tax hikes for all taxpayers that have already caused strong reactions, as well as the introduction of tougher penalties for tax evaders. The bill also contained the framework of a new pension system reform that foresees the gradual phasing out of early retirement and further pension cuts.

The new bill paves the ground, foreseeing that retirement age is gradually raised to 67 years for all over the next seven years and those who take an early retirement face a further 10 percent cut on their pensions.

Greece has promised to present a new comprehensive plan to overhaul the ailing pension system by the end of 2015. 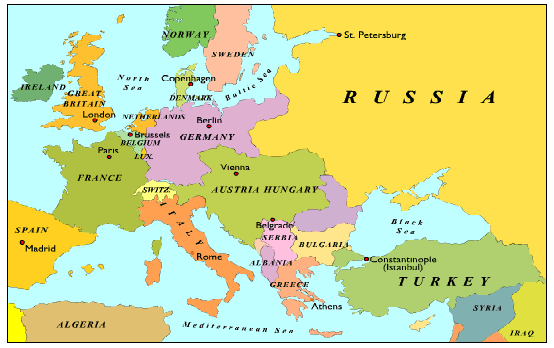 In addition, prison sentences and assets commitment for the offense of tax evasion, increases on property taxes and income from rentals, value-added tax and private education are also included.

The bill also raises tax on property rental income retroactively from Jan. 1, 2015 and imposes stricter fines on tax evasion, which according to government estimate deprives the state of up to 20 billion euros ($22.74 billion) a year.

Those found guilty of tax evasion face up to two years in prison and their bank accounts can be seized.

The ratification of the new austerity and reform measures was set as a precondition for the continuation of the review of the Greek program by lenders that will unlock the first two-billion-euro (about 2.3 billion U.S. dollars) aid tranche from Greece’s third bailout that was sealed this summer.

In order to secure the new 86 billion euro loans over the next three years to eliminate the risks of default and Grexit and lead Greece back on the path of development, Tsipras made a U-turn from his party’s previous anti-bailout rhetoric in recent months, pledging the quick implementation of the “painful, but necessary” changes.

Hundreds of pensioners and members of communist trade unions gathered outside parliament to protest against cuts in benefits aimed at rescuing the collapsing state pension system from bankruptcy.

A second tough package must be approved by parliament early next month to unlock €15bn-€25bn of funding needed to recapitalise the country’s struggling banks.

Many Greeks fear the reforms will mean a return to harsh austerity, with an unpopular property tax due to be reinstated later this month and further pension cuts planned.

Just like a household that spends more money each month than it brings in, Greece has piled up a mountain of debt by spending beyond its means. Constant government borrowing to fund promises by politicians has caused Greece’s cash crunch.

The Greek government-debt crisis started in late 2009. It was the first of five sovereign debt crises in the eurozone – later referred to collectively as the European debt crisis.

In late 2009, fears developed about Greece’s ability to meet its debt obligations, due to revelations that previous data on government debt levels and deficits had been misreported by the Greek government.

This led to a crisis of confidence, indicated by a widening of bond yield spreads and the cost of risk insurance on credit default swaps compared to the other Eurozone countries – Germany in particular.

Shortly after joining the single currency, Greece enjoyed a period of growth (2001-2007). However, economist and analysts have retrospectively labelled this boom as “unsustainable,” pointing out that Greece profited off the cheap loans available from the EU.

In many ways the present-day crisis can be attributed to the single currency introduced in 1999, the euro. Greece has been a member since Jan 1, 2001. This, no doubt, increased trade within the European Union, but also jacked up the labour costs in countries such as Greece, making their exports relatively uncompetitive. This continued to widen the country’s trade deficit and shook government finances.

Greece has a retirement age of 57. That’s low compared to other nations, where retirees can start taking benefits at age 62. While retiring early is good for Greek workers, it creates a major financial burden on the government.

Tax evasion in Greece is also legendary, and when taxpayers dodge their obligations it means less revenue for the debt-strapped government.

Greece became the epicenter of Europe’s debt crisis after Wall Street imploded in 2008. With global financial markets still reeling, Greece announced in October 2009 that it had been understating its deficit figures for years, raising alarms about the soundness of Greek finances. Suddenly, Greece was shut out from borrowing in the financial markets.

By the spring of 2010, it was veering toward bankruptcy, which threatened to set off a new financial crisis.

To avert calamity, the so-called troika — the International Monetary Fund, the European Central Bank and the European Commission — issued the first of two international bailouts for Greece, which would eventually total more than 240 billion euros.