A team from 4/5 Gorkha Rifles (Frontier Force) which represented the Indian Army at the prestigious Cambrian Patrol Exercise at Brecon, Wales, UK from 13th to 15th October 2021 has been awarded Gold medal.

Ex Cambrian Patrol organised by the UK Army is considered the ultimate test of human endurance, team spirit and is sometimes referred as the Olympics of Military Patrolling among militaries in the world.

The Indian Army team participated in the event and competed against a total of 96 teams which included 17 international teams representing Special Forces and prestigious Regiments from around the world.

During the exercise, teams were assessed for their performance under harsh terrain and inclement cold weather conditions which presented various challenges in addition to the complex real world situations painted to them so as to assess their reactions in combat settings.

The Indian Army team received rich accolades from all the judges particularly for their excellent navigation skills, delivery of patrol orders and overall physical endurance.

General Sir Mark Carleton-Smith, the Chief of General Staff of British Army presented the Gold Medal to the team members in a formal ceremony on 15 October 2021.

This year, out of 96 participating teams, only three international patrols have been awarded a gold medal till phase 6th of this Exercise. 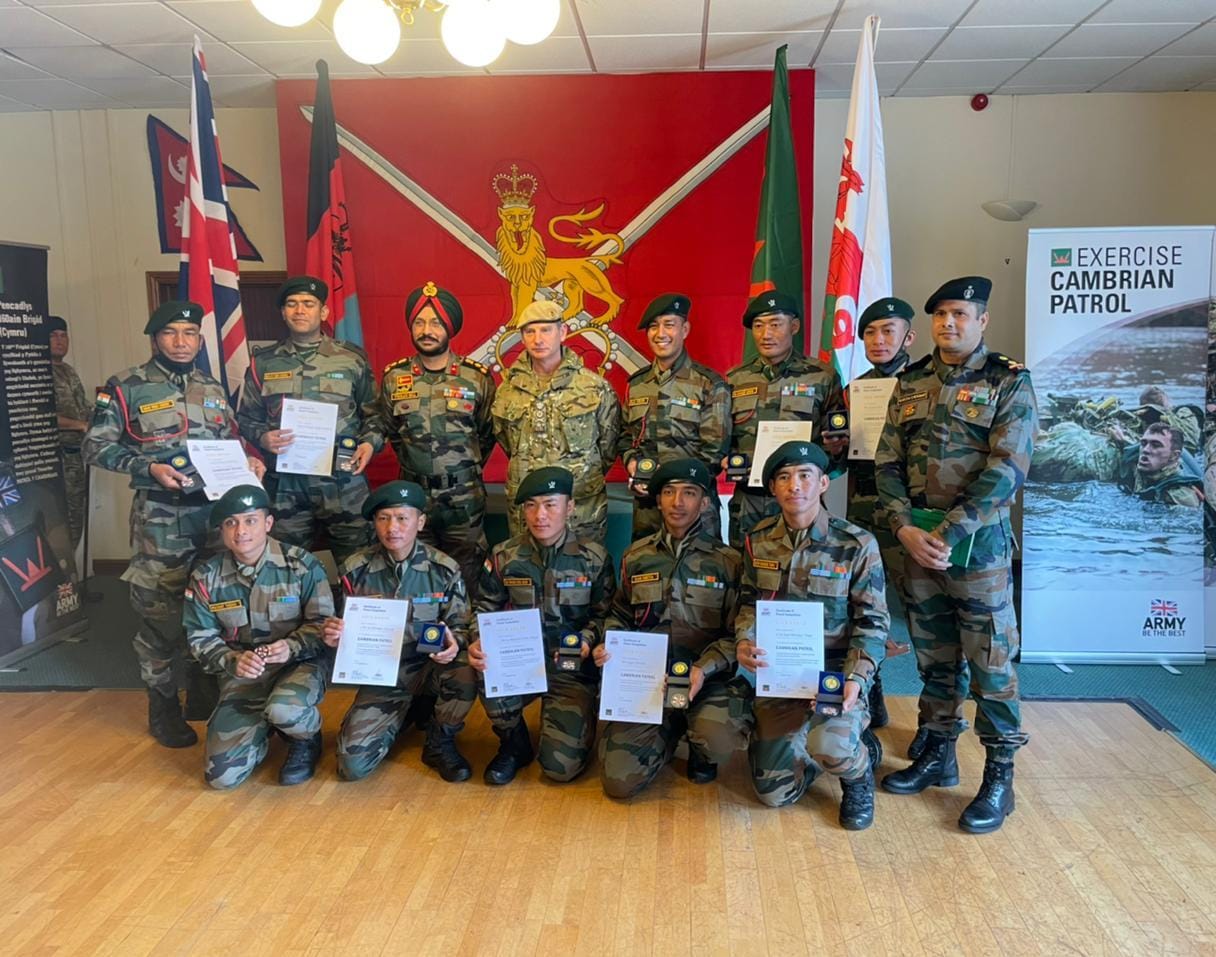