Tuberculosis (TB) has been a cause of misery for human beings from ancient times. For several decades scientists and doctors have been fighting an unending war trying to control its causative organism, Mycobacterium tuberculosis (Mtb).

Scientists at the Centre for DNA Fingerprinting and Diagnostics (CDFD) have focused their attention at understanding the interaction of pathogenic mycobacteria with the human cell during infection.

The team led by Dr Sanjeev Khosla from CDFD has used the knowledge of epigenetics to open a new frontier in the research on host-Mycobacterium tuberculosis interaction. They identified a novel mycobacterial protein Rv1988, which is secreted out of the mycobacterium into the host upon infection and localizes to the chromatin (DNA-histone complex) in the nucleus of the human cell. 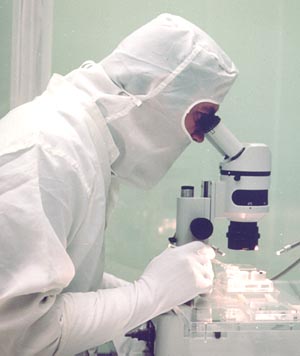 They further observed that Rv1988 is a methyltransferase enzyme that methylates the histone H3 protein at an arginine amino acid. This methylation epigenetically modulates the transcription of genes, which would have otherwise mounted an immune response against the infecting pathogen.

The arginine amino acid present at 42nd position in histone H3 is important because it maps to the region of entry and exit of DNA in a nucleosome (unit of organization in the chromatin) allowing modulation of gene transcription. Rv1988 is important for the pathogen as its deletion in Mycobacterium tuberculosis reduced bacterial survival.

These observations have been confirmed by Rv1988 expression in a non-pathogenic Mycobacterium smegmatis that negatively affected the health of infected mice.

Since arginine amino acid at 42nd position in Rv1988 is normally not known to be methylated by human methyltransferases, methylation of this amino acid can be used as a sensitive marker of mycobacterial infection.

A patent based on using this novel atypical site of methylation in histone H3 for diagnosis of M. tuberculosis infection has also been filed by CDFD.

This pathogenic organism seems to have learnt to overcome the human immune system by various means and has remained one step ahead of all such efforts. It is believed that upon Mtb infection, the pathogen (at least a few of them) manages to survive throughout the lifetime of an individual. Importantly, Mtb infection causes immune system to be compromised leading to infection by other pathogenic and non-pathogenic organisms.

Current regime of diagnostics, drugs and vaccine are not efficient or sufficient to control tuberculosis especially the multi-drug and total drug resistant strains. Therefore, early but efficient detection of infected patients as well as identification of suitable drug targets and candidate vaccines, crucial to control the burden of TB remain a challenge and require novel strategies to achieve them.