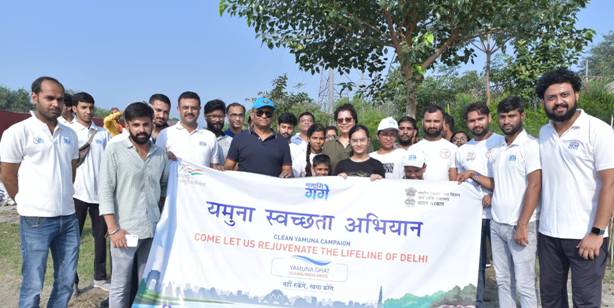 Under Namami Gange Programme, regular cleanliness drives on the banks of Yamuna in Delhi are being done on every 4th Saturdays of the month and on one more important day of the month since February 2022 with the support of NGOs and other stakeholders. “We are focusing on the cleaning of River Yamuna, especially the Delhi stretch. With the completion of STP projects of NMCG to create a sewage treatment capacity of over 1300 MLD in Delhi in the year 2022, a visible difference would be seen in the quality of water in the coming months,” Shri Kumar said, adding, “We want people of Delhi to take pride in River Yamuna.”

Shri Kumar added that in the last one year, the projects have picked up pace under Namami Gange Programme and treatment capacity of about 1300 MLD is expected to be completed by 2022 in the Ganga Basin. He also talked about the Arth Ganga concept espoused by Prime Minister, Shri Narendra Modi and said that “a lot of initiatives are being taken including promotion of natural farming in a big way.” 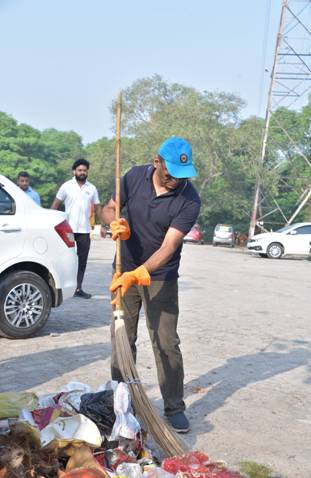 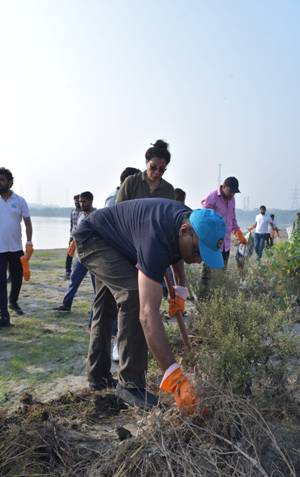 DG, NMCG also informed that under Arth Ganga, an initiative to organize Ganga Artis on the banks of the River is also underway on a big scale. On the occasion of Swachhta Diwas, ‘Jai Shri Yamuna Arti’ was organised by NMCG today at Sur ghat in Delhi with the support of Sahakar Bharati. Cleaning of the tributaries of river Ganga, especially the rejuvenation of river Yamuna is one of the major objectives of the Namami Gange programme. A 318 MLD capacity STP has been commissioned recently at Coronation Pillar whereas 3 other main STPs have been targeted to be completed by December 2022 under Namami Gange Programme to ensure the Aviralta and Nirmalta of Yamuna. These include Rithala, Kondli and Okhla, one of the largest STPs in Asia. The completion of these projects will help in preventing sewage from drains into Yamuna.