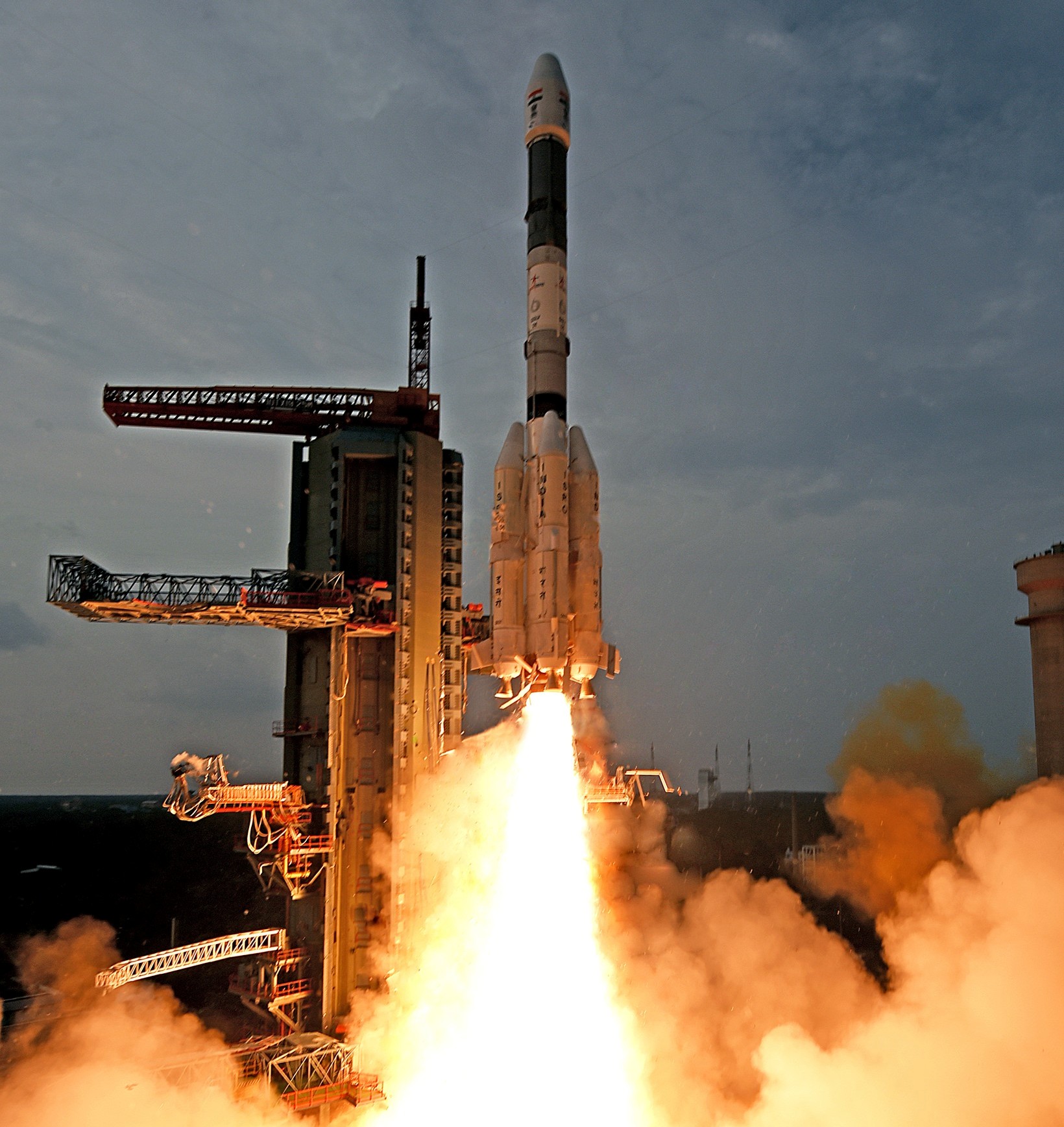 After a successful flight of 91.1second, HS9 burn out occurred, following which both HS9 and RLV-TD mounted on its top coasted to a height of about 56 km.

At that height, RLV-TD separated from HS9 booster and further ascended to a height of about 65km.

From that peak altitude of 65 km, RLV-TD began its descent followed by atmospheric re-entry at around Mach 5 (five times the speed of sound).

The vehicle’s Navigation, Guidance and Control system accurately steered the vehicle during this phase for safe descent.

After successfully surviving a high temperatures of re-entry with the help of its Thermal Protection System (TPS), RLV-TD successfully glided down to the defined landing spot over Bay of Bengal, at a distance of about 450km from Sriharikota, thereby fulfilling its mission objectives.

The vehicle was successfully tracked during its flight from ground stations at Sriharikota and a shipborne terminal.

Total flight duration from launch to landing of this mission of the delta winged RLV-TD, lasted for about 770seconds.

In this flight, critical technologies such as autonomous navigation, guidance & control, reusable thermal protection system and re-entry mission management have been successfully validated.

ISRO acknowledge the support of Indian coast guard and National Institute of Ocean technology (NIOT) for the mid sea wind measurement and shipborne telemetry respectively in this mission.

The cost of access to space is the major deterrent in space exploration and space utilization. A reusable launch vehicle is the unanimous solution to achieve low cost, reliable and on-demand space access.

Reusable Launch Vehicle-Technology Demonstration Program or RLV-TD is a series of technology demonstration missions that have been considered as a first step towards realizing a Two Stage To Orbit (TSTO) fully re-usable vehicle.

Reusable Launch Vehicle Technology Demonstrator Hypersonic Experiment (RLV-TD HEX1) wherein the hypersonic aero-thermo dynamic characterization of winged re-entry body along with autonomous mission management to land at a specified location and characterization of hot structures are planned to be demonstrated.