The Ministry of Micro, Small, & Medium Enterprises (MSME) organised a National Seminar on Growth and Development of MSMEs in Imphal, Manipur today to generate awareness about the Central Government’s schemes and policies for the MSME sector. Addressing the Seminar, Union Minister for MSME, Shri Narayan Rane, emphasized on the fact that Manipur will emerge as the premier gateway to   ASEAN because of the combined efforts of Government of India and Government of Manipur. The establishment of one of the Technology Centres of Ministry of MSME and the implementation of the scheme called Promotion of MSMEs in North Eastern Region & Sikkim under the new Guidelines will further contribute to making Manipur   an important import-export hub for the NE region. 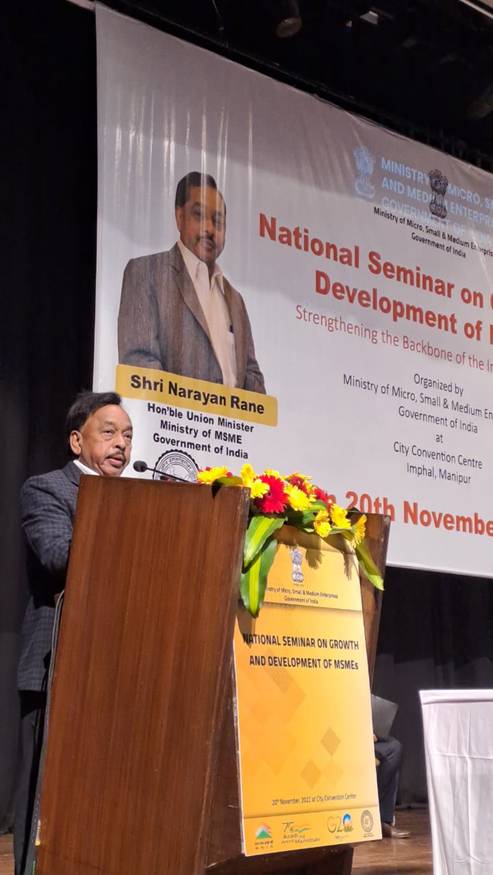 On this occasion, the Ministry of MSME signed Memoranda of Understanding for Raising and Accelerating MSME Performance (RAMP) with the Department of Textiles, Commerce, Industry and Tourism, Government of Manipur, and three platforms of Trade Receivables Discounting System (TReDS), viz. InvoiceMart, M1Xchange and RXIL.  Micro and Small Enterprises showcased products of various categories. Senior officers from Ministry of MSME and State Departments of Manipur were also present during the event. 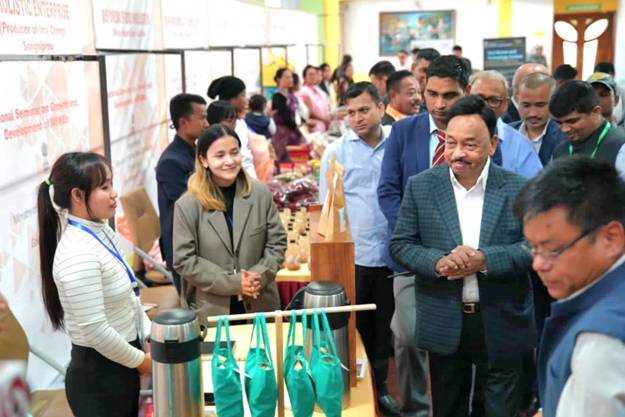