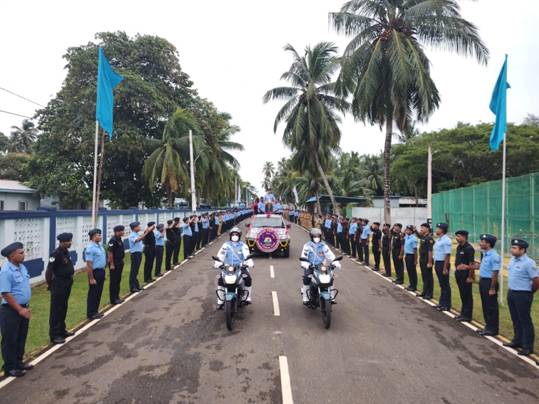 Deputy Commissioner, Car Nicobar Shri Yash Chaudhary, other senior civil & military officials and ex-servicemen attended the event. The gathering was briefed about the 1971 war and in particular about the role of the Armed Forces in the historic victory. All the veterans present on the occasion were felicitated by the Station Commander, Air Force Station Car Nicobar.

The event culminated by paying homage to the martyrs and singing of the National Anthem. Thereafter, a victory run by 200 personnel of the Armed Forces was carried out along with the Victory Flame. As part of the Green India campaign, a tree plantation drive was conducted in the premises of the Air Force Station.