Being the biggest transporter of the sea, the Shipping Corporation of India has contributed significantly to fulfilling Prime Minister’s vision of Transformation through Transportation. This was stated by the Union Minister for Ports, Shipping and Waterways Shri Sarbananda Sonowal, addressing the diamond jubilee celebration of the corporation, in Mumbai. Union Minister of State for Ports, Shipping and Waterways, Shri Shantanu Thakur was also present on the occasion.

The Minister congratulated the SCI and its past and present employees for becoming a symbol of success for its contribution during the 60 years of its existence. “SCI will have to further show its strength in the future”, he said. We have to work with the spirit of Team India, every citizen has to demonstrate his/her strength and succeed and take the nation forward, the Minister said. Speaking about the potential of the maritime sector, Shri Sonowal said that we should make people realize the power of sea as a resource and use it in the right way, by deploying the right technologies. “There are many more steps we need to take in the maritime sector, for the development of our nation and the world.” He exhorted SCI to take many more initiatives in the sector, and improve awareness of the potential of the sector among people in different regions across the country.

The Minister also praised SCI for organizing the diamond jubilee programme only with in-house people and no outside help, thereby displaying a spirit of self-reliance and Aatmanirbhar Bharat.

The Union Ministers virtually flagged off MV SCI Chennai from Kandla Port for EXIM trades with the middle-eastern countries. The vessel will sail from Kandla, proceed to Kochi and Tuticorin for loading export cargo and sail towards the Middle East. 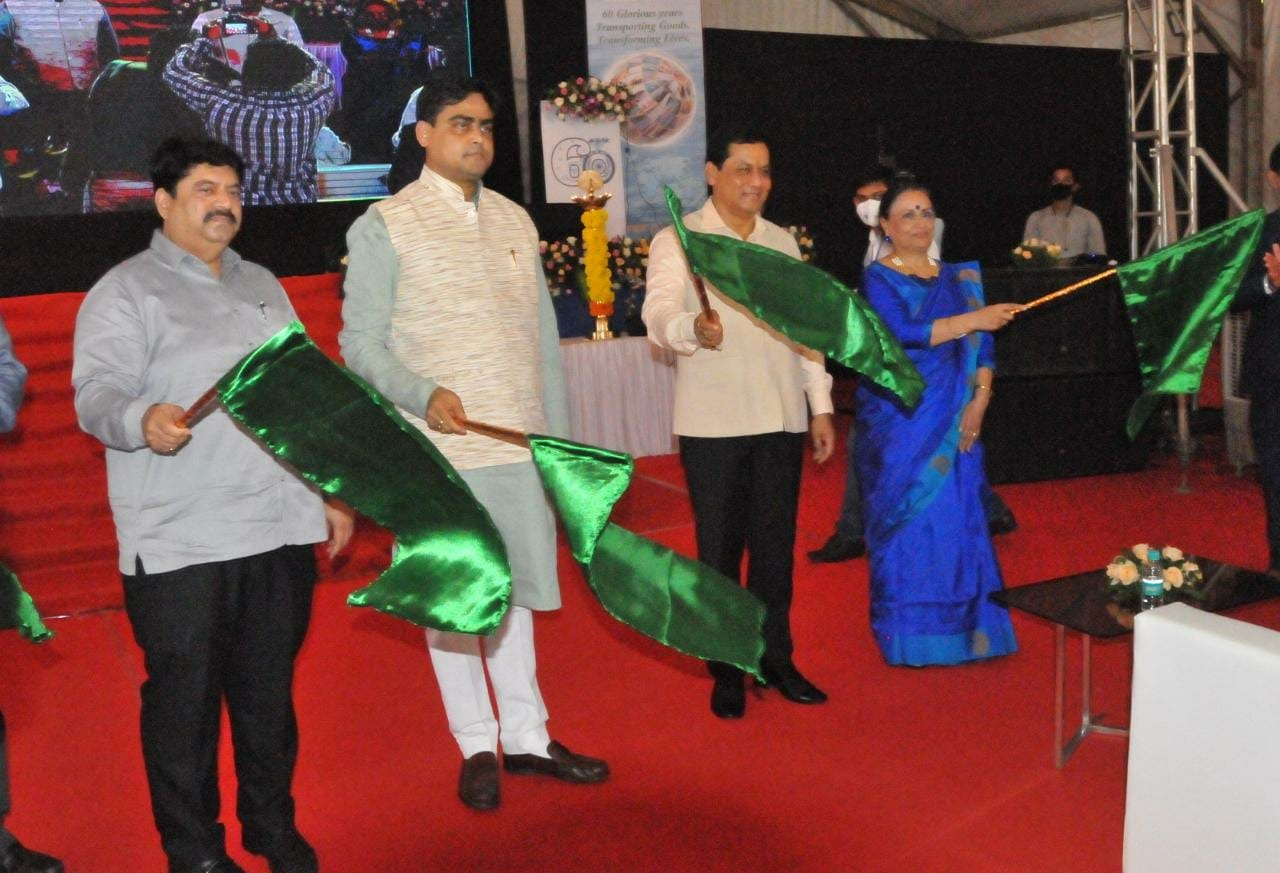 Shri Sonowal felicitated the all-women crew members of SCI’s MT Swarna Krishna which was flagged off from JNPT Liquid Berth Jetty on March 6, 2021 and created history. Congratulating the brave-hearts, the Minister said to them: “The women of the India are marching forward, thanks to the steps taken by the government for women’s empowerment. I am sure that more women will join this movement in the coming days. You have set a big example which will bring more women into this field in the future”.

The voyage was a historic one for the global shipping sector and the Union Minister extolled the courage of the woman seafarers and termed them as a glowing example of India’s Nari Shakti taking on a male dominated industry.

Union MoS Shri Thakur said, “We are striving to develop all major ports of India in every possible manner in accordance with international standards”. 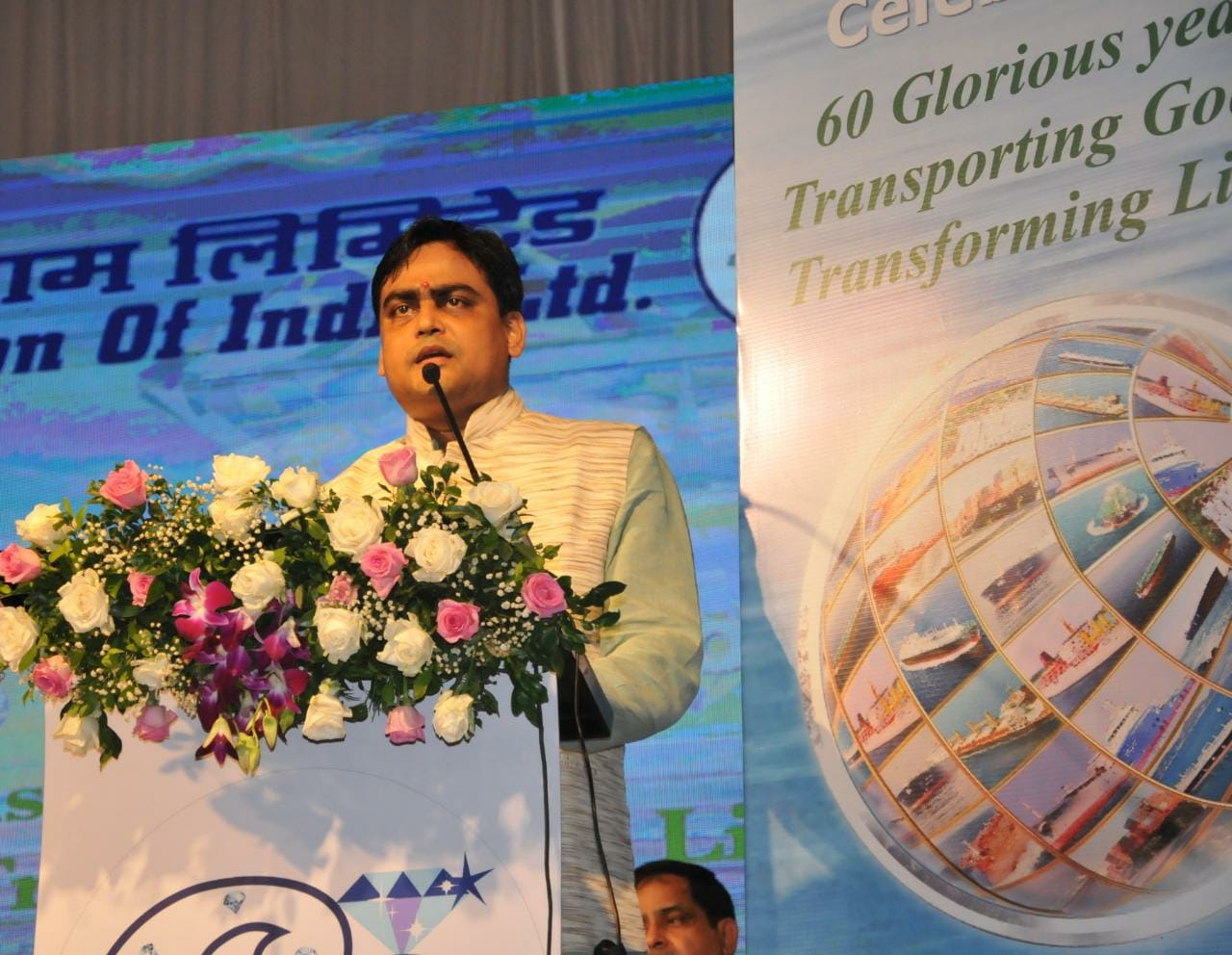 Coinciding with the program, the Union Minister planted a Tulsi sapling at the SCI campus and witnessed a colourful play and cultural display showcased by members of the SCI family.

The event showcased cultural programs which highlighted the achievements of the organization over the last 60 years. 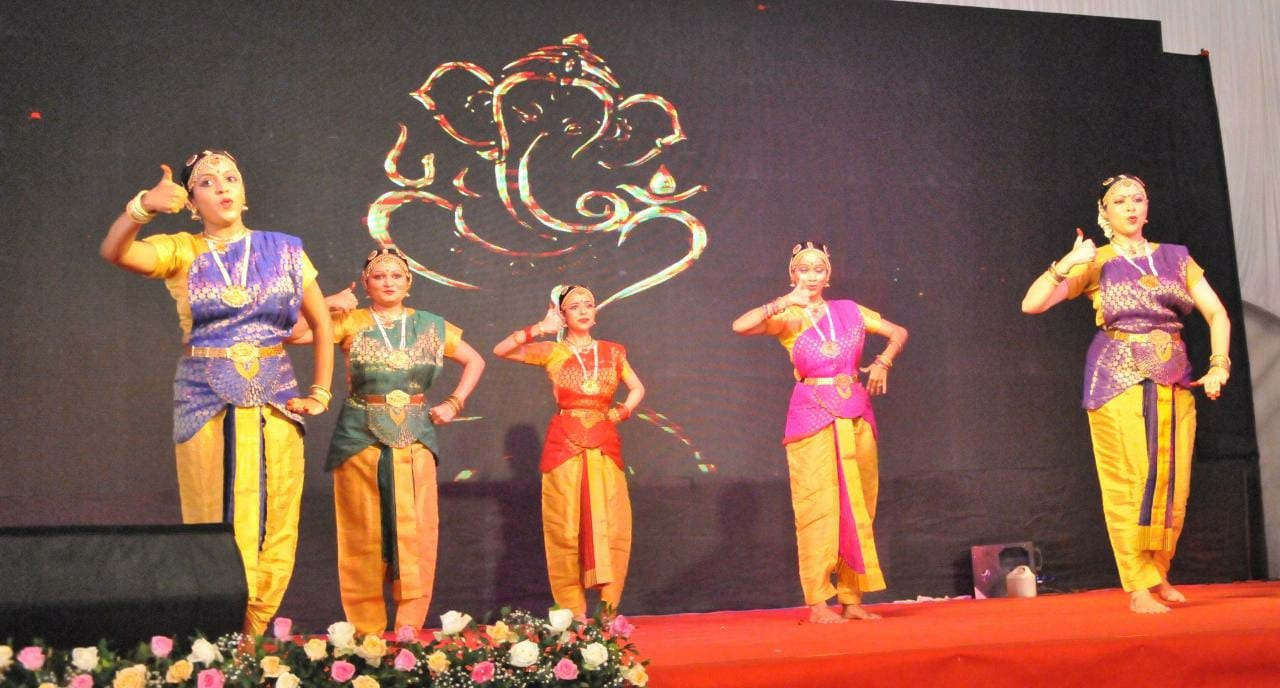 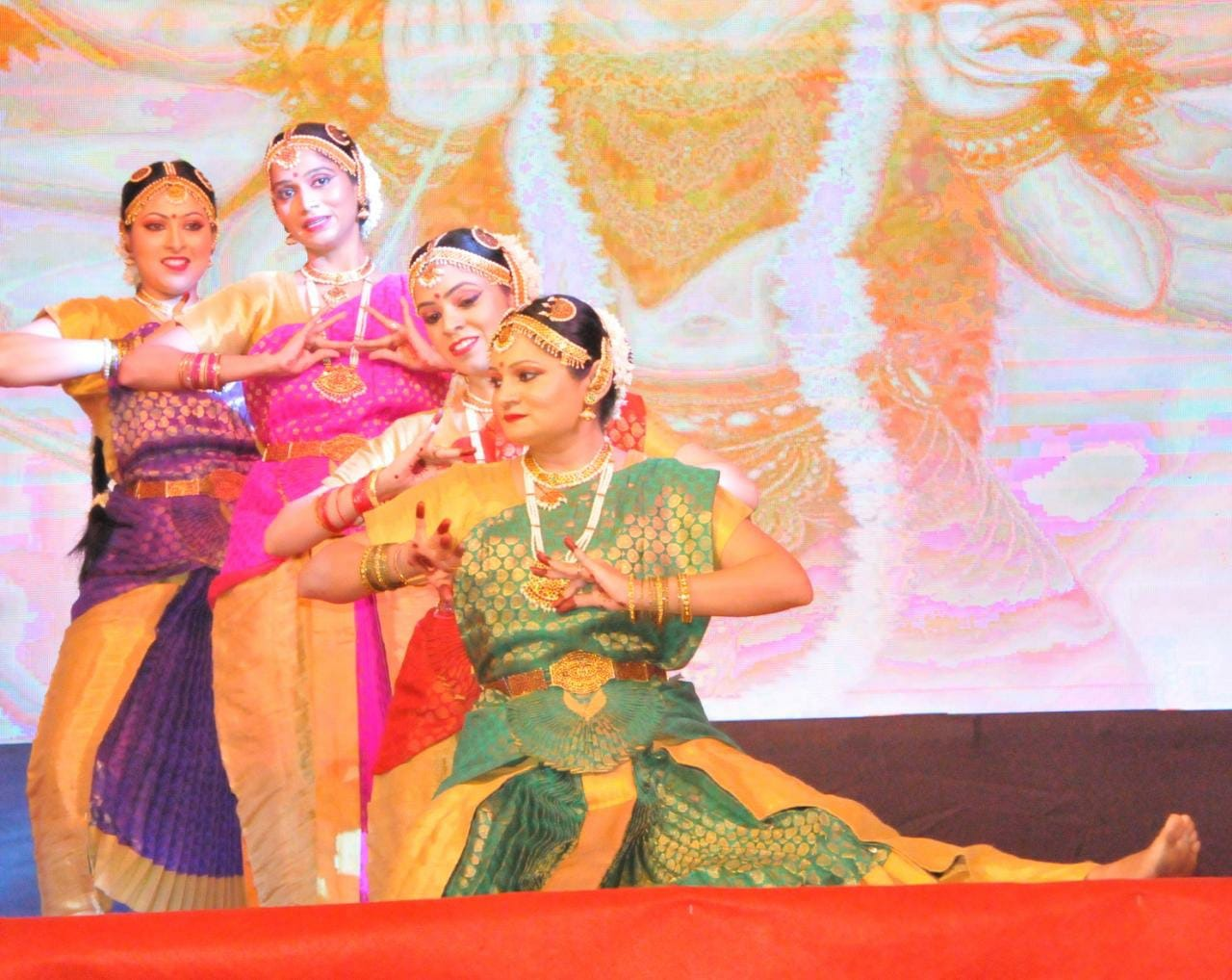 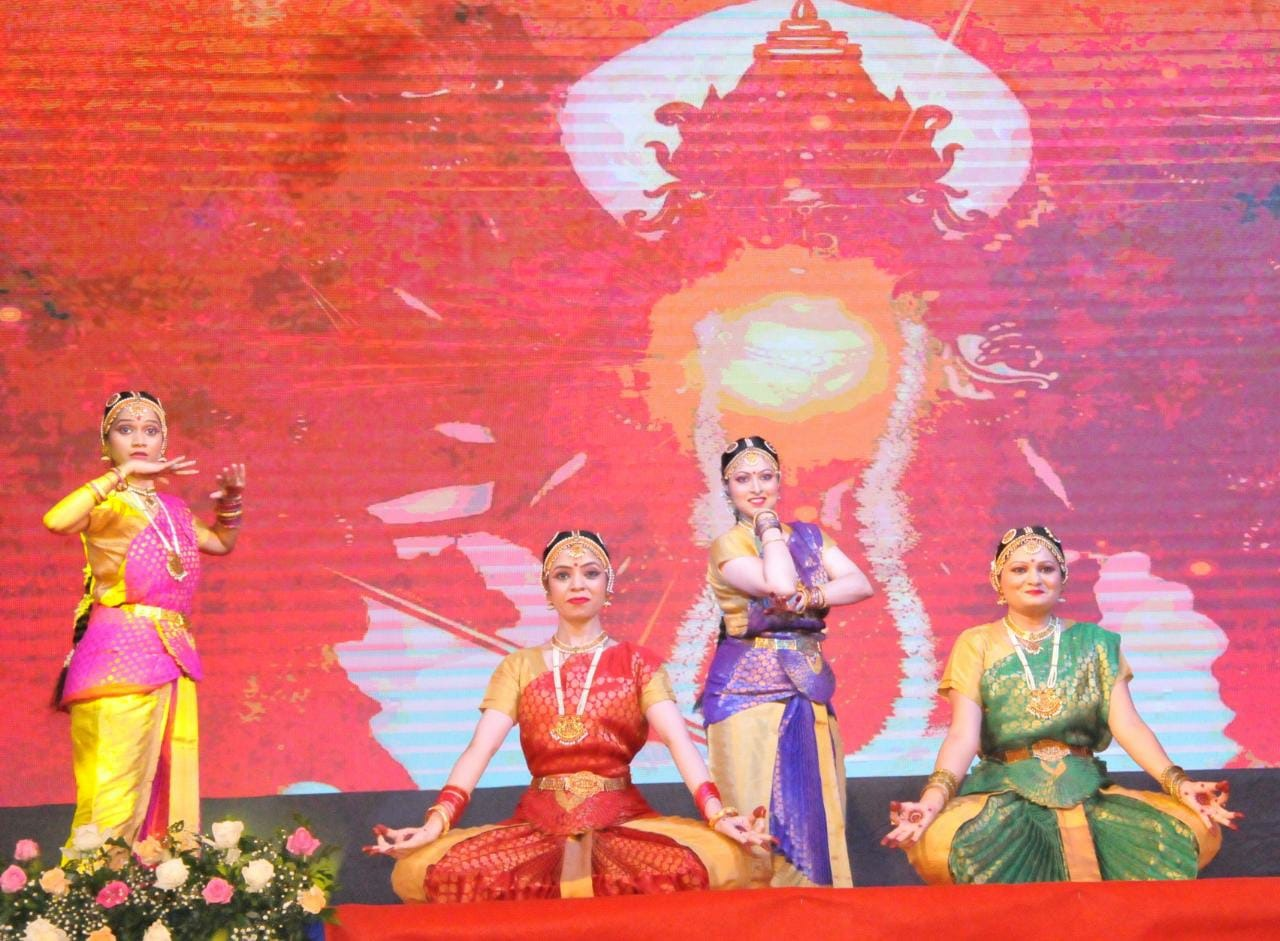 The event was attended by officials of the Ministry and of Directorate General of Shipping.The event can be watched here:

The Shipping Corporation of India in its 60th year of rendering shipping service has promoted EXIM trade and contributed to the global economy. Efficient, cost-effective and sustainable transportation of goods is paramount to SCI – a flag bearer of the Indian Maritime Sector since past six decades. SCI today is the largest Indian Shipping company owning/operating a well-diversified fleet of 59 vessels (5.3 million DWT tonnes) constituting about 28% of the Indian tonnage serving domestic/international trade. SCI manages 50 vessels (0.38 million DWT tonnes) on behalf of its JVCs (India LNG Transport Companies) and various government departments/organizations.

A detailed brief about SCI can be found here.