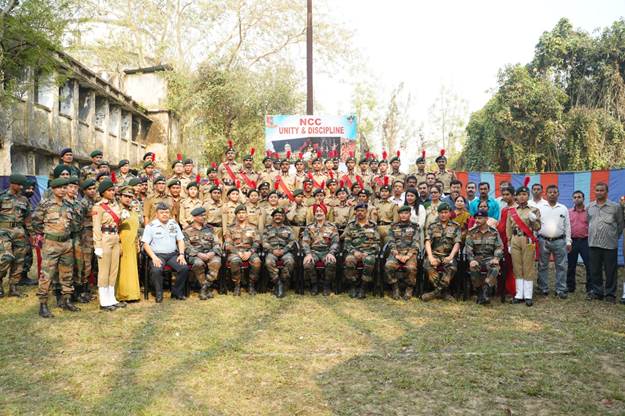 The General Officer interacted with Minister for Education in Government of Tripura Shri Ratan Lal Nath and officials of the State Government and discussed various issues, including creation of dedicated infrastructure for the NCC, Border Area Expansion Plan, commencement of NCC as elective subject in colleges and need for giving an overall impetus to NCC activities in the State of Tripura. The NCC has wide footprint with approximately 6,000 cadets in 95 schools & colleges from the eight districts of the State with as many as approximately 2,500 girl cadets.

The General Officer lauded the efforts of the units and conferred awards on deserving cadets, instructors and civilian staff of the NCC units in Tripura.