The Uttarakhand High Court has recognised river Ganga as the first living entity of India. Recognising a river as a living entity means granting it the same legal rights as a human being.

Considered sacred and holy by millions of Indians, the mighty Ganges River and its main and longest tributary, the Yamuna, have been accorded the status of living entities. The recognition grants them a new-found legal identity and all rights laid out in the Constitution of India. They now have the same legal rights as humans. These rights can be used to protect the interests of the rivers.

The new status means if someone pollutes river Ganga, the law will see it equal to harming a human being. The court also ruled the government to form a Ganga Administration Board for cleaning and better maintenance of the river.

The objective behind this ruling is preservation of the two rivers. The two rivers have the right to be legally protected and not be harmed, and can also be parties to disputes. The court was hearing a Public Interest Litigation petition, filed in 2014. The petition related to mining and stone crushing along the banks of the Ganges. 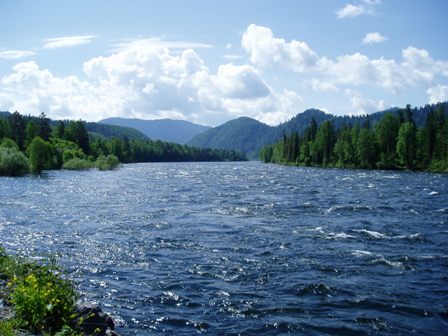 The court also directed the central government to constitute the Ganga Management Board within eight weeks to look into the issue of cleaning and maintaining the river.

The court ordered that the two rivers be represented by the chief of the National Mission for Clean Ganga (NMCG)–a government body overseeing projects and conservation of the Ganges. Also, the state’s chief secretary and advocate general will act as the “legal parents” of the holy rivers and work as the human face to protect, conserve and preserve them and their tributaries.

More than 3,000 million litres of untreated sewage from the towns along the river are pumped into the Ganga on a daily basis, according to several estimates. In May 2015, the Centre had set up the ‘Namami Gange’ project in an attempt to cleanse and preserve the river. The government set a budget of Rs 20,000 crore for five years (2015-2020) for the same.

Earlier, the Uttarakhand High Court had come down heavily on the Union and Uttarakhand state government for doing “nothing concrete” to clean the river. The court slammed them for wasting efforts on reviving a lost river Saraswati but not taking efforts on maintaining Ganga.

The Executive Committee of the National Mission for Clean Ganga had recently approved 20 projects – 13 of which are in Uttarakhand – worth Rs 1,900 crore to be swiftly implemented in Uttarakhand, Delhi and Uttar Pradesh.

While the idea of a river being recognised as a ‘living entity’ might be new to India, nature having legal rights is a concept already codified in countries like Ecuador and New Zealand.

Ecuador actually became the first country to recognise the ‘Rights of Nature’ in its Constitution. Rather than treating it as a property, and hence right-less, the constitution treats nature as having the “right to exist, persist, maintain and regenerate its vital cycles.”

A similar ruling was passed out in New Zealand when their parliament passed a bill declaring 145km long Whanganui River as a living entity. The river became the first in the world to be legally recognised as a living entity and was granted the same rights as a human being.