Shri Anurag Thakur took charge as Minister of Youth Affairs & Sports in New Delhi today. Speaking to the media on the occasion, the Minister said that he will make all efforts to deliver the responsibilities placed on him. He further added that he will take forward the good work of previous incumbent Shri Kiren Rijiju and take all possible measures to further promote the sports culture in the country.Sh Anurag Thakur said that he will try to increase the contribution of Youth in Sports and Nation Building as per the vision of Prime Minister Shri Narendra Modi. 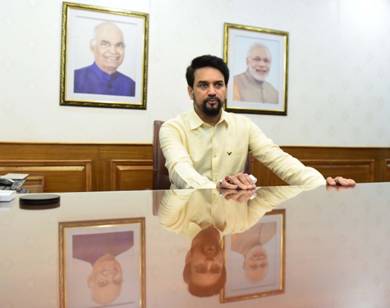 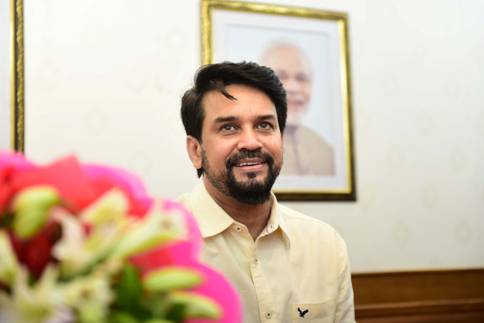 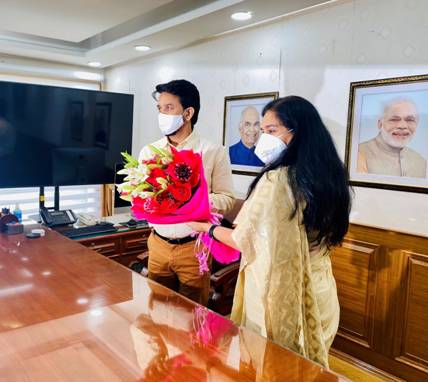 Shri Anurag Thakur is a four time elected Member of the Indian Parliament (Lok Sabha) from Hamirpur, Himachal Pradesh. He has earlier held the charge of Minister of State for Finance and Corporate Affairs from 31stMay 2019 till 7th July, 2021. Within Parliament he has served as Chairman of the Parliamentary Standing Committee on IT and Member of Public Accounts Committee. During the 16th Lok Sabha, he was appointed as the Chief Whip, Lok Sabha, becoming the youngest to assume the post.