Home National The 14th February & Beyond explores the commercial nature of Valentine’s Day...

Valentine’s Day is tampering with the mental well-being of our society. This is the emphatic and unequivocal message given by The 14th February & Beyond, an IFFI 51 Indian Panorama Non Feature Film, in the words of Director Utpal Kalal. “The film explores the commercialized nature of this highly capitalised day”. He was addressing a press conference at the 51st International Film Festival of India (IFFI) today, January 22, 2021, following the film screening yesterday.

The Director clarifies that his film is not against celebrating love, but showcases how multinationals are encashing this day by manipulating tender human minds. The film explores how a day that was supposed to be filled with love has turned into a human-made disaster and big chaos and seeks to create awareness about it. Highlighting various dimensions of Valentine’s Day, the documentary shows the consequences this day has brought to society. “The way Valentine’s Day is marketed, every individual feels the need to have a partner for the day”, said psychologist Shilpa Agrawal who is featured in the 59-minute documentary and who too was present at the press conference. 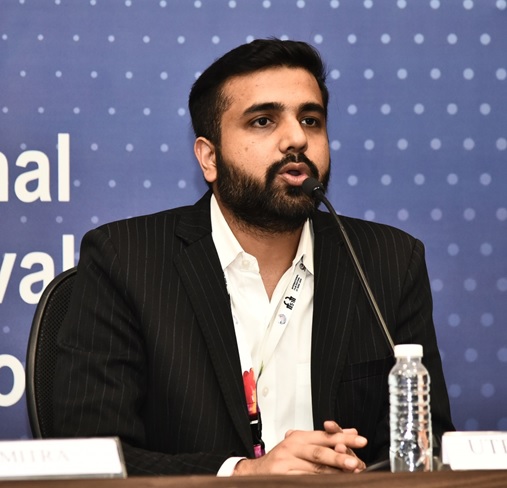 Kalal reveals that he wanted to convey the message through a story. “When I was researching this subject, I did not want the film to have a journalistic narrative. I wanted to narrate a story.”

Agrawal explained how the Day often leads to some very dark memories, humiliation, rejection and crisis of self-esteem, especially among teenagers. “The popular notion of Valentine’s Day is that of romantic love. However, there is an age for celebrating romance. In the name of romance, girls as young as 10-12 years indulge in sexual relationships, which cannot be justified medically, psychologically, socially or ethically. But it is happening”. A number of intellectuals and renowned personalities including psychologist Dr. Sudhir Bhave, police officer DSP Manjita Vanzara, lawyer Yashma Mathur, American Indian author Rajiv Malhotra, scholar Nityanand Mishra and journalist Namita Singh have appeared in the documentary. Archival videos of former US Presidents have also been used to add power to the message of the film.

About IFFI, Director Utpal Kala said: “Organizing the festival so wonderfully amidst the pandemic situation is something very positive”.