The Gujarat government declared 527 villages of three districts in Saurashtra region as partially drought-hit after recommendations from a sub-committee formed to check the drought situation in the State. 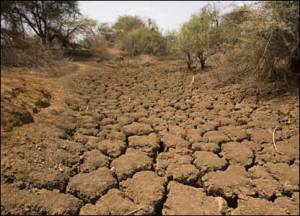 Villages of the three districts, Rajkot – 157, Jamnagar – 288 and Devbhumi Dwarka – 82 have been declared as partially drought-affected.

However, the education minister of Gujarat clarified that there is no shortage of drinking water or fodder at any village of the state.

The state administration is taking necessary steps to ensure drinking water and fodder availability even in those villages, which are not declared as drought-affected.

ALso, for the cattle population, there are adequate arrangements to provide fodder as and when required.

The water supply board has already started building and repairing hand-pumps and bore-wells wherever needed at the villages.

The state government is keeping a close vigil on the situation and as a part of it, it had convened committee meetings during the months of January, February and March to review the drought situation.