India hailed as a ‘bright spot’ amidst a slowing global economy by IMF.

Foreign exchange reserves touched highest ever level of about 350 billion US dollars.

Despite increased devolution to States by 55% as a result of the 14th Finance Commission award, plan expenditure increased at RE stage in 2015-16 – in contrast to earlier years. 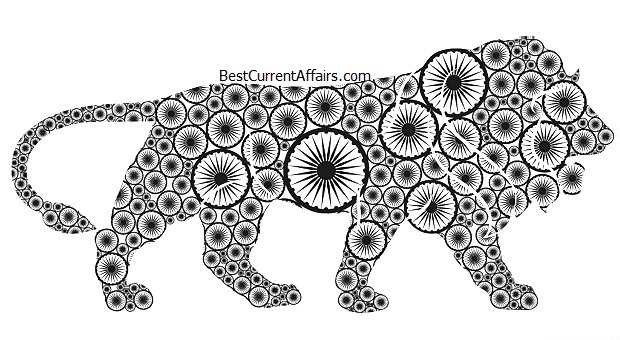 ‘Transform India’ to have a significant impact on economy and lives of people.

Government to focus on –

Focus on enhancing expenditure in priority areas of – farm and rural sector, social sector, infrastructure sector employment generation and recapitalisation of the banks.

Focus on Vulnerable sections through:

Allocation for Agriculture and Farmers’ welfare is ` 35,984 crore

‘Pradhan Mantri Krishi Sinchai Yojana’ to be implemented in mission mode. 28.5 lakh hectares will be brought under irrigation.

Implementation of 89 irrigation projects under AIBP, which are languishingfor a long time, will be fast tracked

A dedicated Long Term Irrigation Fund will be created in NABARD with an initial corpus of about ` 20,000 crore

Programme for sustainable management of ground water resources with an estimated cost of ` 6,000 crore will be implemented through multilateral funding

2,000 model retail outlets of Fertilizer companies will be provided with soil and seed testing facilities during the next three years

To reduce the burden of loan repayment on farmers, a provision of ` 15,000 crore has been made in the BE 2016-17 towards interest subvention

` 2.87 lakh crore will be given as Grant in Aid to Gram Panchayats and

Municipalities as per the recommendations of the 14th Finance Commission

300 Rurban Clusters will be developed under the Shyama Prasad

District Level Committees under Chairmanship of senior most Lok Sabha MP from the district for monitoring and implementation of designated Central Sector and Centrally Sponsored Schemes.

Priority allocation from Centrally Sponsored Schemes to be made to reward villages that have become free from open defecation.

A new Digital Literacy Mission Scheme for rural India to cover around 6 crore additional household within the next 3 years.

Allocation for social sector including education and health care – `1,51,581 crore.

New health protection scheme will provide health cover up to ` One lakh per family. For senior citizens an additional top-up package up to ` 30,000 will be provided.

“Stand Up India Scheme” to facilitate at least two projects per bank branch. This will benefit at least 2.5 lakh entrepreneurs.

Allocation of 100 crore each for celebrating the Birth Centenary of Pandit Deen Dayal Upadhyay and the 350th Birth Anniversary of Guru Gobind Singh.

62 new Navodaya Vidyalayas will be opened

Sarva Shiksha Abhiyan to increasing focus on quality of education

GoI will pay contribution of 8.33% for of all new employees enrolling in EPFO for the first three years of their employment. Budget provision of ` 1000 crore for this scheme.

100 Model Career Centres to operational by the end of 2016-17 under National Career Service.

Model Shops and Establishments Bill to be circulated to States.

Total investment in the road sector, including PMGSY allocation, would be 97,000 crore during 2016-17.

Action plan for revival of unserved and underserved airports to be drawn up in partnership with State Governments.

Comprehensive plan, spanning next 15 to 20 years, to augment the investment in nuclear power generation to be drawn up.

Reforms in FDI policy in the areas of Insurance and Pension, Asset Reconstruction Companies, Stock Exchanges.

100% FDI to be allowed through FIPB route in marketing of food products produced and manufactured in India.

A new policy for management of Government investment in Public Sector Enterprises, including disinvestment and strategic sale, approved.

A comprehensive Code on Resolution of Financial Firms to be introduced.

A Financial DataManagement Centre to be set up.

New derivative products will be developed by SEBI in the Commodity Derivatives market.

Amendments in the SARFAESI Act 2002 to enable the sponsor of an ARC to hold up to 100% stake in the ARC and permit non institutional investors to invest in Securitization Receipts.

Comprehensive Central Legislation to be bought to deal with the menace ofillicit deposit taking schemes.

Increasingmembers and benches of the Securities Appellate Tribunal.

Allocation of 25,000 crore towards recapitalisation of Public Sector Banks.

General Insurance Companies owned by the Government to be listed in the stock exchanges.

Governance and Ease of Doing Business

A Task Force has been constituted for rationalisation of human resources in various Ministries.

Bill for Targeted Delivery of Financial and Other Subsidies, Benefits and Services by using the Aadhar framework to be introduced.

Automation facilities will be provided in 3 lakh fair price shops by March 2017.

Amendments in Companies Act to improve enabling environment for start-ups.

Price Stabilisation Fund with a corpus of 900 crore to help maintain stable prices of Pulses.

“Ek Bharat Shreshtha Bharat” programme will be launched to link States and Districts in an annual programme that connects people through exchanges in areas of language, trade, culture, travel and tourism.

Mobilisation of additional finances to the extent of ` 31,300 crore by NHAI, PFC, REC, IREDA, NABARD and Inland Water Authority by raising Bonds.

Every new scheme sanctioned will have a sunset date and outcome review.

Rationalised and restructured more than 1500 Central Plan Schemes into about 300 Central Sector and 30 Centrally Sponsored Schemes.

Committee to review the implementation of the FRBM Act.

Raise the ceiling of tax rebate under section 87A from `2000 to `5000 to lessen tax burden on individuals with income upto `5 laks.

Increase the limit of deduction of rent paid under section 80GG from `24000 per annum to `60000, to provide relief to those who live in rented houses.

Increase the turnover limit under Presumptive taxation scheme under section 44AD of the Income Tax Act to ` 2 crores to bring big relief to a large number of assesseesin the MSME category.

Extend the presumptive taxation scheme with profit deemed to be 50%, to professionals with gross receipts up to `50 lakh.

10% rate of tax on income from worldwide exploitation of patents developed and registered in Indiaby a resident.

Complete pass through of income-tax to securitization trusts including trusts of ARCs. Securitisation trusts required to deduct tax at source.

Period for getting benefit of long term capital gain regime in case of unlisted companies is proposed to be reduced from three to two years.

Non-banking financial companies shall be eligible for deduction to the extent of 5% of its income in respect of provision for bad and doubtful debts.

Determination of residency of foreign company on the basis of Place of Effective Management (POEM) is proposed to be deferred by one year.

Moving Towards A Pensioned Society

Withdrawal up to 40% of the corpus at the time of retirement to be tax exempt in the case of National Pension Scheme (NPS). Annuity fund which goes to legal heir will not be taxable.

In case of superannuation funds and recognized provident funds, including EPF, the same norm of 40% of corpus to be tax free will apply in respect of corpus created out of contributions made on or from 1.4.2016.
Limit for contribution of employer in recognized Provident and Superannuation Fund of ` 1.5 lakh per annum for taking tax benefit. Exemption from service tax for Annuity services provided by NPS and Services provided by EPFO to employees.
Reduce service tax on Single premium Annuity (Insurance) Policies from 3.5% to 1.4% of the premium paid in certain cases.

100% deduction for profits to an undertaking in housing project for flats upto30 sq. metres in four metro cities and 60 sq. metres in other cities, approved during June 2016 to March 2019 and completed in three years. MAT to apply.

Distribution made out of income of SPV to the REITs and INVITs having specified shareholding will not be subjected to Dividend Distribution Tax, in respect of dividend distributed after the specified date.
Exemption from service tax on construction of affordable houses up to 60 square metres under any scheme of the Central or State Government including PPP Schemes.

Additional tax at the rate of 10% of gross amount of dividend will be payable by the recipients receiving dividend in excess of ` 10 lakh per annum.

Surcharge to be raised from 12% to 15% on persons, other than companies, firms and cooperative societies having income above ` 1 crore.

Tax to be deducted at source at the rate of 1 % on purchase of luxury cars exceeding value of ten lakh and purchase of goods and services in cash exceeding ` two lakh.

Securities Transaction tax in case of ‘Options’ is proposed to be increased from .017% to .05%.

Equalization levy of 6% of gross amount for payment made to non-residents exceeding ` 1 lakh a year in case of B2B transactions.

Krishi Kalyan Cess, @ 0.5% on all taxable services, w.e.f. 1 June 2016. Proceeds would be exclusively used for financing initiatives for improvement of agriculture and welfare of farmers. Input tax credit of this cess will be available for payment of this cess.
Infrastructure cess, of 1% on small petrol, LPG, CNG cars, 2.5% on diesel cars of certain capacity and 4% on other higher engine capacity vehicles and SUVs.

No credit of this cess will be available nor credit of any other tax or duty be utilized for paying this cess.

Excise duty of ‘1% without input tax credit or 12.5% with input tax credit’ on articles of jewellery [excluding silver jewellery, other than studded with diamonds and some other precious stones], with a higher exemption and eligibility limits of ` 6 crores and ` 12 crores respectively.

‘Clean Energy Cess’ levied on coal, lignite and peat renamed to ‘Clean Environment Cess’ and rate increased from `200 per tonne to `400 per tonne.

Excise duties on various tobacco products other than beedi raised by about 10 to 15%.

Assignment of right to use the spectrum and its transfers has been deducted as a service leviable to service tax and not sale of intangible goods.

Committed to providing a stable and predictable taxation regime and reduce black money.

Domestic taxpayers can declare undisclosed income or such income represented in the form of any asset by paying tax at 30%, and surcharge at 7.5% and penalty at 7.5%, which is a total of 45% of the undisclosed income. Declarants will have immunity from prosecution.
Surcharge levied at 7.5% of undisclosed income will be called Krishi Kalyan surcharge to be used for agriculture and rural economy.

Penalty rates to be 50% of tax in case of underreporting of income and 200% of tax where there is misreporting of facts.

Disallowance will be limited to 1% of the average monthly value of investments yielding exempt income, but not exceeding the actual expenditure claimed under rule 8D of Section 14A of Income Tax Act.

Time limit of one year for disposing petitions of the tax payers seeking waiver of interest and penalty.

Mandatory for the assessing officer to grant stay of demand once the assesse pays 15% of the disputed demand, while the appeal is pending before Commissioner of Income-tax (Appeals).

Monetary limit for deciding an appeal by a single member Bench of ITAT enhanced from ` 15 lakhs to ` 50 lakhs.

Simplification And Rationalization Of Taxes

13 cesses, levied by various Ministries in which revenue collection is less than ` 50 crore in a year to be abolished.

For non-residents providing alternative documents to PAN card, higher TDS not to apply.

Additional options to banking companies and financial institutions, including NBFCs, for reversal of input tax credits with respect to non-taxable services.

Customs Act to provide for deferred payment of customs duties for importers and exporters with proven track record.

Customs Single Window Project to be implemented at major ports and airports starting from beginning of next financial year.

Increase in free baggage allowance for international passengers. Filing of baggage only for those carrying dutiable goods.

Expansion in the scope of e-assessments to all assessees in 7 mega cities in the coming years.

Interest at the rate of 9% p.a against normal rate of 6% p.a for delay in giving effect to Appellate order beyond ninety days.

‘e-Sahyog’ to be expanded to reduce compliance cost, especially for small taxpayers.