The outcomes in the area of agriculture in the Nairobi MinisterialConference are results of the demands of developing countries including India.

India was at the forefront of negotiating these outcomes in Nairobi. In trade negotiations, including multilateral trade negotiations in the World Trade Organization (WTO), India has always taken a consistent stand to protect the interest of the country and its farmers.

The mandate of the Doha round of trade negotiations in the WTO envisaged the reductions of, with a view to phasing out, all forms of export subsidies.

The Uruguay Round WTO Agreement on Agriculture (AOA) permits use of export subsidies to the Members that used them during the base year 1986-88.

Mostly developed countries like the US, EU, Norway, Australia, Canada, New Zealand, Switzerland, Liechtenstein and some developing countries like Brazil, Columbia etc. are entitled to provide export subsidies as per Agreement on Agriculture (AoA). 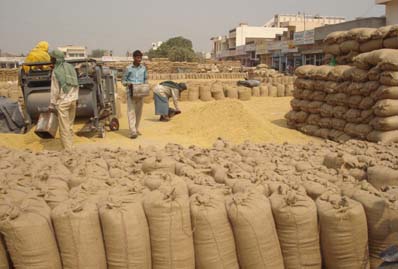 India could use only a special and differential provision of AoA that allows developing countries to use subsidies aimed at reducing the cost of marketing including internal and external transport as well as handling and processing costs provided that these are not applied in a manner that would circumvent export subsidy reduction commitments.

As per the Ministerial Decision adopted in Nairobi, developed countries will immediately remove export subsidies, except for a few agriculture products, and developing countries will do so by 2018, with a longer time-frame in some limited cases.

This Decision ensures that countries will not resort to trade-distorting export subsidies.

India remains committed to the Doha Development Agenda, which has development at its core. If it is concluded as per its mandate, it will result in better integration of developing countries in the global trading system.